'You Cannot Ask For A General Direction To Implement A Law' : Supreme Court Dismisses PIL To Enforce Farmers Acts 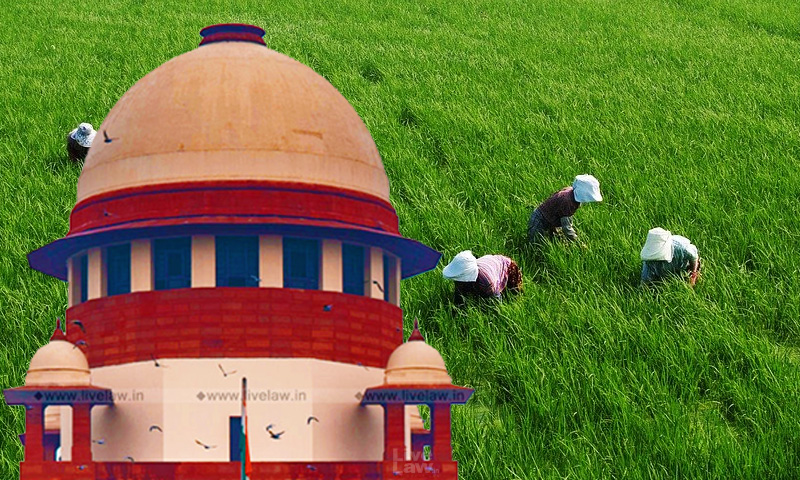 The Supreme Court on Tuesday dismissed a PIL which sought directions to the Centra and States for enforcing the recently passed three Famers Acts.

"You cannot ask for a general direction to implement the Act. You have to bring forth specific cases", observed the Chief Justice of India, S A Bobde, while dismissing the PIL.

The PIL filed by "Hindu Dharma Parishad" had also sought for directions to ban all protests and agitation against Farmers Acts.

The bench also issued notice on two other petitions which challenged the constitutionality of the three laws : -  Farmers (Empowerment and Protection) Agreement on Price Assurance and Farm Services Act, 2020 Farmers Produce Trade and Commerce (Promotion and facilitation) Act, 2020 and Essential Commodities (Amendment) Act 2020.

Those petitions were filed by D K Dhakkad, a Madhya Pradesh-based farmer and Bharatiya Kisan Party.

Senior Advocate Vivek Thankha, appearing for Dhakkad, submitted that the farmers' laws were in conflict with the Madhya Pradesh laws on Agriculture Produce Marketing Committees.

Two weeks ago, the CJI-led bench had issued notice on two other PILs against the Acts.