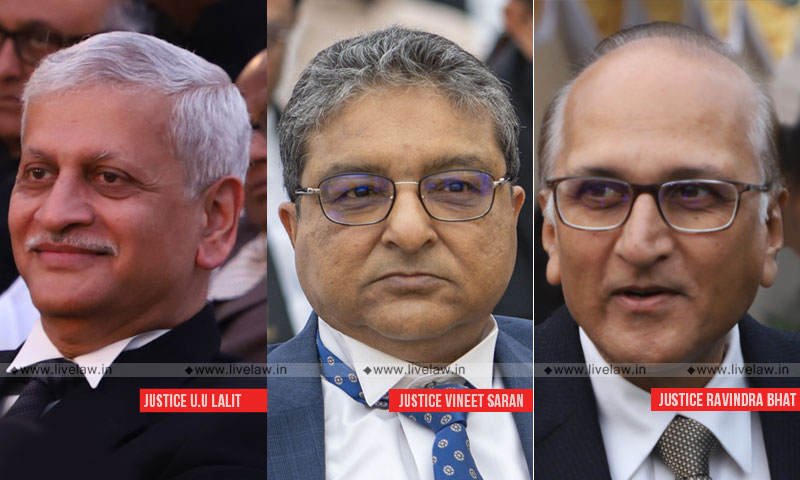 The Supreme Court on Thursday reiterated that, by virtue of its 2008 decision in Pushpa Rani's case, where the restructuring of cadres results in creation of new posts, the policy of reservation would apply in effecting promotions to those posts.The bench of Justices U. U. Lalit, Vineet Saran and Ravindra Bhat was hearing a Transferred Case arising out of a writ petition filed by the Union...

The Supreme Court on Thursday reiterated that, by virtue of its 2008 decision in Pushpa Rani's case, where the restructuring of cadres results in creation of new posts, the policy of reservation would apply in effecting promotions to those posts.

The bench of Justices U. U. Lalit, Vineet Saran and Ravindra Bhat was hearing a Transferred Case arising out of a writ petition filed by the Union of India in the Patna High Court. An OA was filed before CAT, Patna pertaining to the restructuring of the post of Central Excise Inspector with the higher scale of Superintendent in Bihar. The view of the Tribunal was challenged by the UOI before the High Court. During the pendency of the writ petition, the UOI had requested for its transfer to the Supreme Court on account of similar issues pending before the latter in certain Civil Appeals.

On Thursday, the three-judge bench noted that the said Civil Appeals were dismissed for default of appearance by the UOI and no attempts to restore them to the file were made. The bench noted that in the instant case also the order of the CAT was complied with by the department and the benefits under the order of the Tribunal stand conferred on the Original Applicants before the Tribunal. However, on the insistence of ASG Madhavi Diwan for the Centre, bench observed that so far as the principle issues are concerned, the Supreme Court in the 2008 case of Pushpa Rani had held that where a restructuring exercise resulted in creation of additional posts in most of the cadres and there was a conscious decision to fill-up such posts from promotion from all eligible and suitable employees and, therefore, it was a case of promotion, reservation rules were applicable.

"Once it is recognised that the additional posts becoming available as a result of restructuring of different cadres are required to be filled by promotion from amongst the employees who satisfy the conditions of eligibility and are adjudged suitable, there can be no rational justification to exclude the applicability of the policy of reservation while effecting promotions, more so because it has not been shown that the procedure for making appointment by promotion against such additional posts is different than the one prescribed for normal promotion", it was held in Pushpa Rani.

"In the instant case, the order of the CAT was complied with. But this is a recurring issue. If another such matter comes, there will again be multiple rounds of litigation. We have had multiple representations from the department to get a clarification...restructuring is an exercise important for the efficiency of the system. We should be able to do it. Could Your Lordships please declare that where the question is of selection and not upgradation simpliciter, Pushpa Rani would hold fort?", prayed ASG Madhavi Diwan, for the UOI.

"What is the value of a declaration if it does not deal with the facts of the case? There is a ratio decidendi only if the facts are dealt with and only then it becomes a precedent, otherwise everything else is just obiter...in the creation of new posts, whether reservation is attracted has been decided in Pushpa Rani. So where is the question of a rigmarole of litigation when Pushpa Rani is there?", reflected Justice Lalit.

"The law is settled that the policy of reservation would apply to promotions. The position has been settled by Pushpa Rani, Sirothia I and II and in 2011 in BSNL v. R. Santhakumari. Why should we reiterate something that has been already laid down in these judgments?", noted Justice Bhat.

The bench finally reproduced in its order paragraphs 30 and 33 of the judgment in Pushpa Rani so far as the principle issues involved in the instant case are concerned.