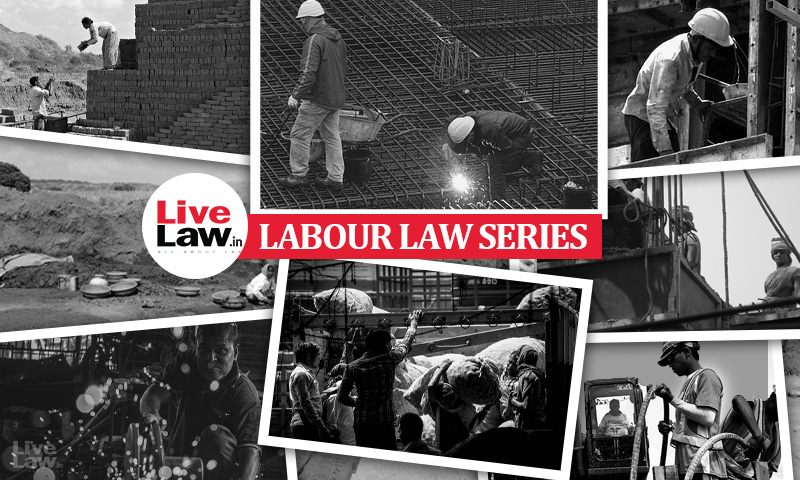 Industrial Relations Code, 2020 states in its objectives that it aims to "minimize the friction between the employers and workers; provide provisions for investigation and settlement of Industrial Disputes and achieve industrial peace and harmony as the ultimate pursuit in resolving industrial disputes" and thus, this article aims to analyze the multiple institutions provided in both Industrial Disputes Act, 1947 and its successor, Industrial Relations Code, 2020 to resolve industrial disputes and attain the objectives mentioned above.

There are several mechanisms and institutions provided in Industrial Disputes Act, 1947 to prevent disputes and resolve disagreements between workmen and employers. These include Works Committee (S.3), Board of Conciliation (S.5), Courts of Enquiry (S.6), Labour Courts (S.7), Tribunals (S.7A) and Voluntary Arbitration (S.10A).

The industrial relations Code is inclusive of most of the forums and methods mentioned above except Conciliation Board (although it includes conciliation officer), Labour Court and Court of Inquiry and adds Grievance Redressal Committee to the list.

It is included under S. 3 in both Industrial Disputes Act (ID Act), as well as Industrial Relations Code (IRC). Works Committee has to be formed by the appropriate government through a general or special order in establishments having more than 100 workmen and this remains same in both the Industrial Disputes Act and Industrial Relations Code. Why would the Code leave its existence to the will of the 'appropriate government' and not make having a works committee mandatory in all Industrial establishments, since its purpose is to 'promote measures for securing and preserving amity and good relations between employer and workers', is something that has not yet been established? In fact, in the words of the Second national commission on labour, the works committee has been utterly unsuccessful and the reason for its failure has been attributed to both its method of formation and the functions that have been assigned to it.

This committee was absent in the ID Act, 1947 although, via 2010 amendment, S.9C was added to the Code which provided for a similar mechanism (Grievance Settlement Authority). This section is only applicable in industrial establishments having fifty or more workmen and allows for only six members to be on this Grievance settlement authority. The chairperson membership is to rotate annually, alternatively between all committee members (once from representatives of employer and once from representatives of workmen). All proceedings of the committee have to be completed in a month and there is a provision of an appeal to the employer against the decision of grievance settlement authority and the employer have to dispose of the appeal within a month of receiving its receipt.

On the other hand, the Grievance Redressal Committee features in Chapter 2 of IRC in S.4. S.4 states that all establishments with 20 or more workmen must have a grievance redressal committee which shall have an equal number of representatives from the workmen and the employer's side. The total number of members on the grievance redressal committee shall not be more than 10 (as opposed to 6 in grievance settlement authority of ID Act, 1947) inclusive of proportional representation of women workers' representatives. On a rotational basis, the chairperson will be selected annually from committee members. Application regarding a dispute/grievance has to be filed within one year from the date from which cause of action arises and the grievance redressal committee has to try to complete its proceedings within thirty (30) days from the date it receives the receipt of such application. Although the committee's decision is based on a majority view, if more than 50% of members representing the workmen do not concede to the decision, then it shall be deemed that no decision has been arrived at. Furthermore, if the aggrieved worker is not satisfied with the decision of the Committee, he can file for conciliation with the conciliation officer through the trade union of which he is a member (as opposed to filing an appeal to an employer as given in 9C, ID Act, 1947), within sixty (60) days of being made aware of the decision of the Committee. If dissatisfied with this process also, the aggrieved worker may, on the expiry of forty-five (45) days of applying to the conciliation officer, may make an application directly to the Tribunal for adjudication of the dispute and the tribunal shall have powers under S.53 of IRC, 2020 to adjudicate upon it.

While the definition of Conciliation officer, appointing authority and the purpose of appointment remains the same under S.43 of IRC as given in S.4 of ID Act, 1947, the conciliation officer is mandated not to hold any conciliation proceedings relating to an industrial dispute pertaining to strikes and lockouts, after two years from the date on which such dispute arose, as per S. 53 of IRC.

Furthermore, if a settlement has been arrived at, in conciliation proceedings, the conciliation officer will send, a report and the memorandum of settlement duly signed by the parties, to the appropriate government or any officer authorized on its behalf. And if a settlement is not arrived at, then the conciliation officer will send a full report describing the steps taken by him to resolve the dispute and the reasons for failure to arrive at a settlement, to the appropriate government and the concerned parties, within 45 days from the commencement of conciliation proceedings and if the matter pertained to strikes and lockouts under S.62 of IRC, then the report shall be sent within 14 days of the commencement of proceedings. The concerned party can, within 90 days of receiving the above-mentioned report, make an application to the Tribunal for settlement of a dispute.

Voluntary reference of disputes to arbitration

If an arbitration agreement provides for an even number of arbitrators, the agreement shall provide for the appointment of another person as an umpire in case the arbitrators are divided in their opinion and the award of the umpire shall prevail. This provision has been the same in both ID Act, 1947 and IRC.

When the dispute has been referred to arbitration and the appropriate government is satisfied that the persons making the reference represent a majority of each party, the arbitrator shall also give a chance to the workers and employers who are not parties to the agreement (but who are affected by the dispute), to represent their case. In this case, the appropriate government can prohibit the continuance of any strike/lockout in connection with the dispute in question, via a notification. However, while S.42(5) of IRC lists down who will be representing the worker/workers before the arbitrators, S.10A(3A) of ID Act, 1947 is silent on the same.

The arbitrator shall then investigate the dispute and submit the award to the appropriate government.

Industrial tribunals as a mode of dispute resolution for industrial disputes has been provided in detail both in S. 7A of ID Act, 1947 and S.44 of the IRC.

S.7A of ID Act says that appropriate government can constitute one or more tribunals for adjudication of industrial disputes relating to matters covered in the second and third schedule and for any other purpose which is assigned to them under ID Act, 1947. Tribunal shall have one person (only) appointed by the appropriate government, although if the appropriate government thinks it fit then it may also appoint two assessors to advise the Tribunal in the proceedings. Furthermore, only a person who is or has been a judge of a High Court or has been a district judge or additional district judge for three years can be appointed as the presiding officer of the tribunal. And as per S.7C of ID Act, 1947 and S.48 of IRC, the presiding officer must also be an independent person (not connected with the dispute or any industry affected by that dispute – as explained in S.48 of IRC) and must be less than 65 years of age. If not so, any person appointed to a tribunal or national tribunal who does not fulfil this criterion shall be disqualified from the tribunal.

S.44 of IRC is a much lengthier section and has certain features which were absent in S. 7A of the ID Act, 1947. S.44 says that appropriate government can constitute one or more tribunals for adjudication of industrial disputes and any other functions assigned to it under this Code. And if a tribunal is constituted by the Central government, it shall exercise all powers, authorities and jurisdiction conferred upon such tribunal via S.2(m) of Employees Provident Funds and Miscellaneous Provisions Act, 1952.

Under S.44(2), every industrial tribunal shall have two members (one judicial and one administrative) who will be appointed by the appropriate government. And a tribunal bench under S.44(3) will comprise either of two members mentioned above or a single judicial/administrative member. But if the tribunal bench consists of one judicial and one administrative member, then the judicial member will preside over the tribunal, as laid down in S.44(8). Additionally, the appropriate government may even provide for a such number of members and other staff as it thinks fit, for effective functioning of the tribunal, after consulting with the judicial member, as per S. 44(10).