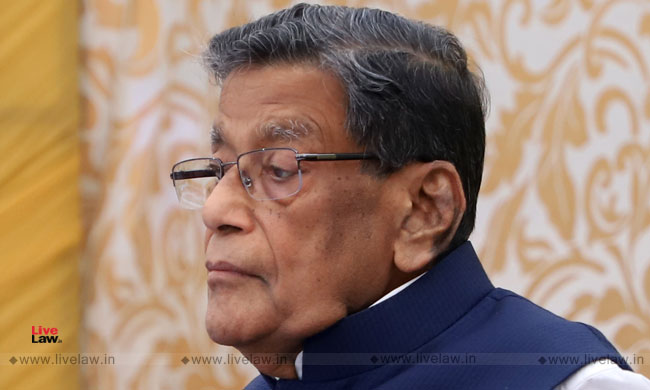 Submitting that the observations made by a constitution bench in a 2018 judgment on the extension of creamy layer exclusion to SC/STs require reconsideration, the Attorney General on Monday sought reference of this issue to a larger bench of seven judges.

"The concept of creamy layer cannot be applied to SC/STs", submitted the AG before a bench of CJI S A Bobde, Justices Surya Kant and B R Gavai.

This was opposed by Senior Advocate Gopal Sankaranarayanan, who appeared for groups representing poor within Scheduled Castes. He urged the Court not to re-open the issue which has been authoritatively settled by a Constitution Bench decisin.

The Court said that it will consider the issue after two weeks.

In the 2018 judgment in Jarnail Singh case, a Constitution Bench held the 2006 judgment in Nagaraj case to be wrong to the extent it had stated that quantifiable data showing backwardness of SC/STs was necessary for giving them reservation in promotions.

Creamy Layer Test Can Be Applied To Promotions Of SC/STs, SC Holds While Declining To Refer Nagraj Verdict To Larger Bench [Read Judgment]

Giving a stamp of approval to application of creamy lawyer principle to SC/STs, the court asserted that the objective of reservation would not be fulfilled if only the creamy layer within that class bag all the coveted jobs in the public sector and perpetuate themselves, leaving the rest of the class as backward as they always were.

"The whole object of reservation is to see that backward classes of citizens move forward so that they may march hand in hand with other citizens of India on an equal basis. This will not be possible if only the creamy layer within that class bag all the coveted jobs in the public sector and perpetuate themselves, leaving the rest of the class as backward as they always were. This being the case, it is clear that when a Court applies the creamy layer principle to Scheduled Castes and Scheduled Tribes, it does not in any manner tinker with the Presidential List under Articles 341 or 342 of the Constitution of India,"

Furthermore, the court advocated for harmonious interpretation of Articles 14 and 16 with Articles 341 and 342, asserting that "it is clear that Parliament will have complete freedom to include or exclude persons from the Presidential Lists based on relevant factors."

The judgment affirmed that when M. Nagaraj applied the creamy layer test to Scheduled Castes and Scheduled Tribes while upholding the constitutional amendments leading to Articles 16(4-A) and 16(4-B), it did not in any manner interfere with Parliament's power under Article 341 or Article 342. Therefore, the Constitution Bench held that there was no necessity to revisit Nagaraj judgment in so far as it applied the creamy layer test.

At present, the concept of creamy layer exclusion is applicable only to Other Backward Classes (OBC) category.