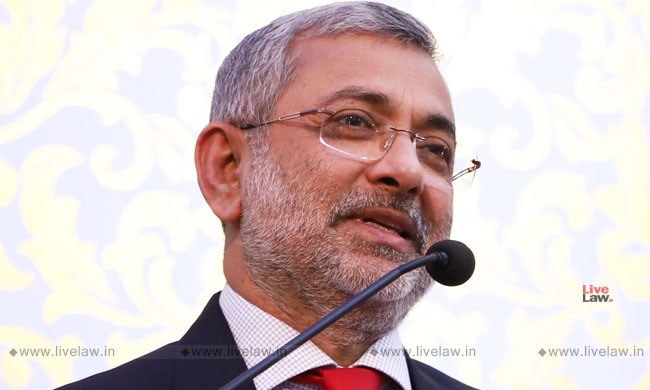 "Judges are appointed to uphold the Constitution, and nothing, but the Constitution. We fail sometimes because we become subjectively constitutional, instead of being constitutionally objective", said Justice Kurian Joseph, former Judge of the Supreme Court of India, at a webinar organized by LiveLaw on the topic "The Courts and Constitutional Values".

Apart from Justice Kurian Joseph, the webinar also hosted Senior Advocates at the Supreme Court of India, Meenakshi Arora and Dinesh Dwivedi. It was moderated by Advocate Avani Bansal.

Bansal commenced the webinar by asking Justice Joseph about the meaning of "Constitutional Values" and whether the Supreme Court applied the principles of Constitutional values uniformly. Justice Joseph responded to the same by stating that the term "Constitutional morality" was not used by the Supreme Court at first, and it was Dr. BR Ambedkar who had used it too. The term had been in vogue due to the judgements rendered over the past few years which utilized it, such as the judgements in Puttuswamy case and the Sabarimala case.

"Who secures our sacred values? It is the guardian's duty and our guardian is the Supreme Court. We also have a duty and our duty is to abide by the Constitution."

Justice Joseph elaborated the specialty of secularism practiced in India.

"What is special about secularism in our country? India is a secular country. It does not have a State religion, but it acknowledges all religions. That is the beauty of our secularism. Article 25 does not exclusively say freedom of religion, it says 'conscience'. This is unique to our country. We can practice, profess and propagate. Religious tolerance and acceptance had been a part of Indian culture. It is not somebody's charity."

Justice Joseph, in response to a question about whether India had realized its core constitutional values, further spoke on the need of introspection on behalf of the Judges who are designated as guardians to protect and promote the interest of their wards, i.e. the citizens of the country.

Justice Joseph said that Constitutional Values are not the same as majoritarian views.

"Societal values are different from the Constitutional values. The former may go for a majoritarian view, but Court is never swayed by this because their duty is to only uphold the Constitution. The President and the Prime Minister merely take an oath to abide by the Constitution of India; they do not uphold it. It is the Court which must uphold it, and bear true faith and allegiance to it."

Bansal asked the final question about the importance of institutions, more than individuals, for protection of Constitutional values. Justice Joseph responded that there was a need for credible institutions as they could only be protected by those people who sit in Courts. But, the issue was the lack of counter-majoritarian voices.

"The moment you have a counter-majoritarian voice, you are branded as noisy. We should have judges with a spine to have a Constitutional voice."

Without mincing words, Justice Joseph said that the credibility of the Constitutional institutions got diminished because people who adorn the posts did not have the "backbone" to uphold the Constitution.

Justice Joseph concluded the webinar by remarking that "if you have the right systems and right practices in place, then no absolute government, no majoritarian voice can touch you, a Constitutional institution".