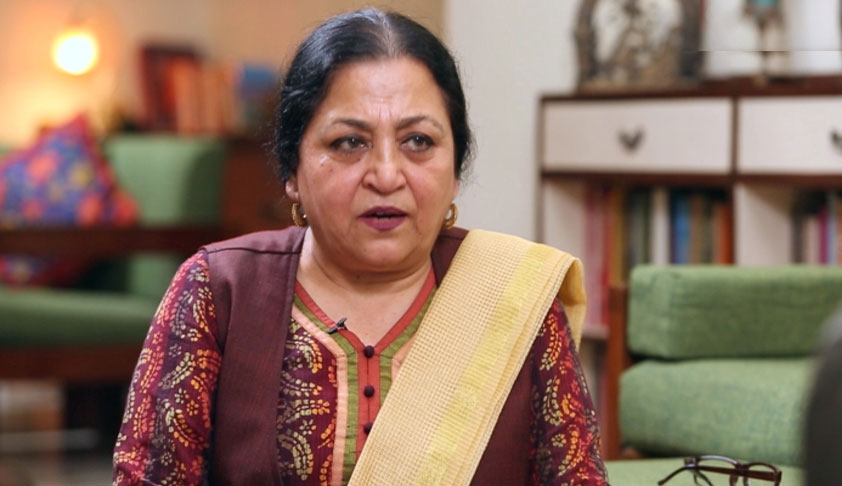 Madhu Kishwar has moved the Supreme Court vide an intervention application in the ongoing case against Sudarshan TV for telecasting a show, about the alleged Muslim infiltration in the Civil Services.

Madhu Purnima Kishwar appeared the show on Sudarshan News in the September 15 telecast by the channel after the top court had injuncted it from telecasting the remainder of "UPSC Jihad" episodes.

Filed on behalf of Advocate Ravi Sharma, the intervention application filed by Kishwar says that various statements she made on the show pertaining to "Gazwa-e-Hind" (overtaking of India) and "Mughalistan" were relied upon by petitioner and that they were clumsily translated. She adds that these statements cannot be deemed hate speech.

"That the petitioner has further chosen this petition to ensure that the government which the final authority to determine free-speech policy and also which is also more equipped to carry out detailed investigation is bypassed and not given a chance to take a decision. This act of bypassing the statutory framework has severely affected the rights of the applicant" - excerpt of plea

Further, she has stated in her application that she will seek permission to intervene in the top court and that she should not be forced to compromise her constitutional rights. She has further averred that plea against the show has been filed to bypass the Centre, which she adds " is the final authority to determine free speech".

"That the petitioner has bypassed various other statutory remedies available to it to file this petition seeking a summary procedure extraordinary reliefs which ought to be granted only after a detailed trial. By choosing to do so, the Petitioners have severely undermined not only the rights of free speech and expression but also the right to free and fair trial, which is the applicant's right under the Constitution to protect both her life and liberty and also her Freedom to research, inquire, speech and expression"- Kishwar states in her application

Further, Kishwar states that the petitioners, without following rigors of Order 1, Rule 8 of the CPC have claimed to baselessly represent the whole community. This ought to be seen in the light of the fact that there are Indians professing the religion Islam, who have also filed intervention application in support of the impugned show, she says.

In this backdrop, Kishwar has sought intervention in the plea and seeks to be joined as a proper and necessary party in the proceedings.