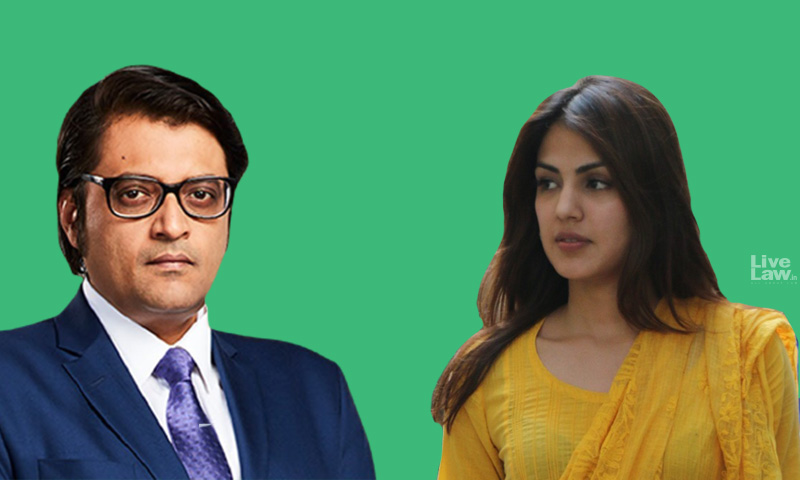 The Bombay High Court on Wednesday asked the lawyer of Republic TV if asking the public who should be arrested in a case is part of investigative journlism.

"Is this part of investigative journalism? Asking public about their opinion on who should be arrested?", the bench asked Advocate Malvika Trivedi, the channel's lawyer.

The court's question came in response to the submission made by the counsel earlier that channel was carrying out investigative journalism to unearth the facts relating to the death of Sushant Singh Rajput.

The bench told the channel's lawyer "investigative powers are given to the police under the CrPC".

The lawyer submitted that there was something amiss in the Mumbai police investigation and that is the reason why the Supreme Court entrusted the probe to the Central Bureau of Investigation.

There were lacunae in the investigation and the Sushant's family also come to the front demanding justice, the lawyer said. She added that since a celebrity had died, the public was curious to know the real facts.

The channel was only highlighting those facts which were not otherwise brought on record, she said. Trivedi claimed that it was the investigative reports of Republic TV that brought to light the real facts in Sheena Bora murder case and Sunanda Pushkar case.

She further told the bench that none of the personally aggrieved parties were before the court and the issues cannot be adjudicated in Public Interest Litigations.

There are redressal mechanisms available with respect to specific grievances in relation to reporting, she said. Republic TV is doing the reports within a framework of checks and balances, she added.

The bench also expressed its disapproval at the manner in which Sushant's death was reported.

The court is hearing a batch of PILs seeking regulations on "media trial" in the context of the reportage of Sushant Singh Rajput case.

Also Read : 'If You Become Investigator, Prosecutor & Judge, Why Are We Here?' Bombay HC Expresses Concerns Over Media Trial

For live updates from the hearing, follow this page.