Look-Out Circulars To Vijay Mallya: CIC Asks CBI To Cite Rules Under Which It Issued Circulars 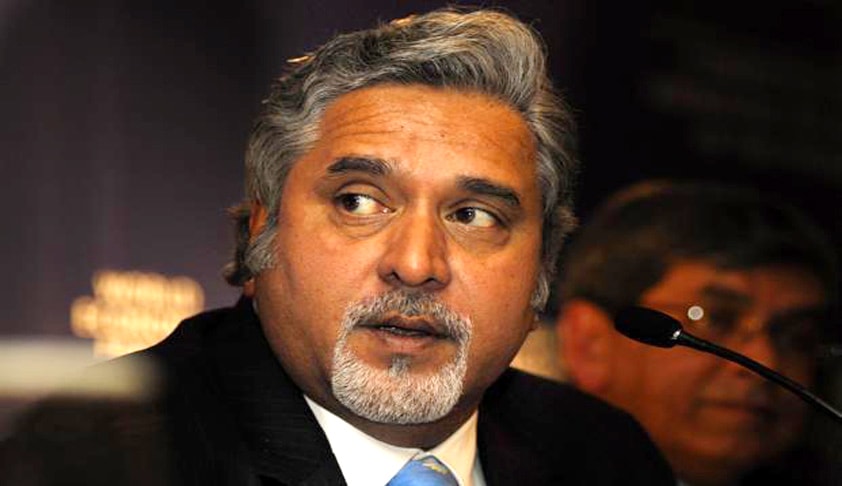 The Central Information Commission (CIC) on Tuesday (12th January) directed the Central Bureau of Investigation (CBI) to cite Guidelines, Circulars, Notifications, office Memorandum Rules and Regulations, etc under which two different look-out circulars were issued, in October and November 2015, against Vijay Mallya, who is an accused in loan default of Rs 9,000 crore. The...

The Central Information Commission (CIC) on Tuesday (12th January) directed the Central Bureau of Investigation (CBI) to cite Guidelines, Circulars, Notifications, office Memorandum Rules and Regulations, etc under which two different look-out circulars were issued, in October and November 2015, against Vijay Mallya, who is an accused in loan default of Rs 9,000 crore.

The Information Commissioner, Saroj Punhani was hearing the petition by RTI Applicant Vihar Durve who was denied information by the CBI pertaining to lookout notice/detention notice/circular (LoC) issued in October/November 2015 relating to Vijay Mallya.

Feeling aggrieved and dissatisfied, appellant approached the Commission with the instant Second Appeal.

The Appellant (RTI Applicant Vihar Durve) stated before the Commission that the denial of the information sought for, citing Section 8 (1) (h) of the RTI Act by the CPIO & the FAA was not appropriate.

It was further alleged by Durve that as the case in hand pertains to tenable allegations of corruption against Vijay Mallya for defaulting a loan of over Rs. 9000 crore which is effectively public money and therefore the said information is crucial for the citizens.

He further stated that as such disclosure of the guidelines/circular related to the conversion of look-out notice to inform notice as sought for wouldn't impede the process of investigation and prayed that relief be ordered in the matter.

On the other hand, the CPIO submitted before the Commission that primarily, the queries of the Appellant are not very clear in terms of what guidelines he is referring to, as such they follow the Delhi Special Police Establishment Act, 1946 which is available in the public domain and copy of which can be provided to the Appellant, if the Commission so directs.

It was further submitted that at the time of reply to the RTI Application the extradition case of Vijay Mallya was pending before the Court of Law in London and as on date two cases against him are pending investigation, in one of these cases the Charge sheet has been filed, while in the other case, investigation is underway.

It was furthermore submitted that it is for the said reasons that the information sought for was denied to the Appellant under Section 8 (1) (h) of the RTI Act.

[NOTE: Section 8(1)(h) in The Right To Information Act, 2005 states that "(h) information which would impede the process of investigation or apprehension or prosecution of offenders"]

Decision of the Commission

The Commission, in its decision, observed from a perusal of the facts on record that neither the CPIO's reply nor the FAA's order on record conveyed the proper reasons for invoking Section 8(1)(h) of the RTI Act.

Thus, the Commission directed the CPIO to provide a revised reply to the Appellant incorporating a cogent and descriptive justification for denying the information sought for under Section 8 (1) (h) of the RTI Act.

Further, the Commission observed that it was incumbent upon the CPIO to have provided information relating to Guidelines, Circulars, Notifications, office Memorandum Rules and Regulations, Copy of Act etc relating to Look out notice/ detention notice /Lookout Circular (LoC) issued in October/November 2015, in response to the RTI Application.

The said information has been directed to be provided free of cost to the Appellant within 15 days from the date of receipt of the order under due intimation to the Commission.

As per the Report of Press Trust of India, the CBI had issued a fresh LOC against Mallya in the last week of November, 2015 asking airport authorities across the country to ''inform'' it about Mallya's movements, thus replacing its previous circular which had sought detention of the businessman if he attempted to leave the country, sources had said.

Mallya left the country in March 2016 for the United Kingdom where he is legally contesting the extradition ordered by the British Government.

As per the sources, the CBI had issued the first LOC against Mallya on October 12, 2015, when he was already abroad, calling for his detention if he intends to leave the country or arrive here from abroad.

Upon his return, the agency was asked by the Bureau of Immigration if Mallya should be detained as sought in the LOC, to which the CBI said there was no need to arrest or detain him as he was a sitting MP and there was no warrant against him, according to sources.

They said the agency only wanted information on his movements.

Besides, the probe was in an initial stage and the CBI was collecting documents from the IDBI in the Rs 900 crore loan default case. Later another case was filed against him, sources said. [with inputs from PTI]