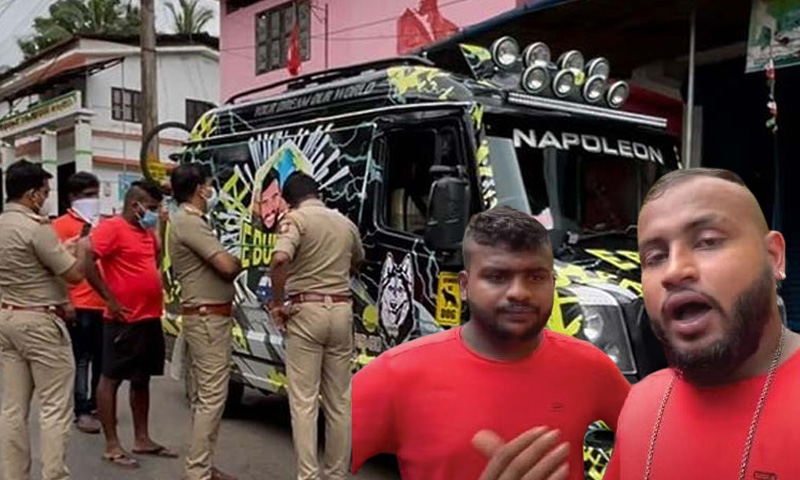 The Kerala High Court on Wednesday declined to entertain a writ petition filed by a YouTube vlogger challenging the decision of the Motor Vehicles Department to cancel his vehicle's registration for unauthorized modifications.Justice Sathish Ninan while dismissing the petition observed in the order:"On the violations alleged and noticed above, I do not find any reason to interfere with...

The Kerala High Court on Wednesday declined to entertain a writ petition filed by a YouTube vlogger challenging the decision of the Motor Vehicles Department to cancel his vehicle's registration for unauthorized modifications.

Justice Sathish Ninan while dismissing the petition observed in the order:

The petitioner Ebin Varghese is one of the two brothers who rose to fame among the community of automotive enthusiasts through their popular YouTube Channel 'E Bull Jet'. However, it was their modified Tempo Traveller converted to a caravan that took the centre stage in all their videos.

A few months ago, the Regional Transport Officer confiscated this vehicle upon finding that it violated several provisions of the Motor Vehicles Act and that it was illegally converted.

Accordingly, the petitioner was issued with an e-Challan and a notice under Section 53 of the MV Act, calling him to show cause why the registration of his vehicle should not be suspended or cancelled.

Advocate Phijo Pradeesh Philip represented the petitioner and prayed that the Court be pleased to call for records leading up to the e-Challan and the notice, and to quash these as illegal and violative of fundamental rights.

The petition had also prayed that a direction be issued to the RTO to release the vehicle.

The petitioner argued that the MVD officials are not empowered to seize the vehicle or cancel its registration, thereby calling the seizure illegal.

However, Senior Government Pleader Bimal K Nath submitted a violation of Section 39 of the Motor Vehicles Act sanctions seizure of the vehicle under Section 207 and that non-payment of tax also would entail in seizure and detaining of the vehicle under Section 11(1) of the Kerala Motor Vehicles Taxation Act. Therefore, the contention that the seizure was without authority is baseless.

The bench found that the Regional Transport Officer had detected a total of 8 violations in the seized vehicle and that it was in the light of these violations that the e-challan was issued, seizure effected and show-cause notice issued.

Additionally, it was observed that the proceedings initiated under notice for suspension of registration, was only a notice to show cause. The Government Pleader has produced an order passed by the authority which is appealable under Section 57 of the Act.

On the violations alleged, whether the registration is liable to be suspended/cancelled is a matter to be urged before and be considered by the authorities in terms of Section 53 and 54 of the Motor Vehicles Act, the Court said.

In view of the statutory remedy available, the Court did not consider it necessary or proper to entertain the challenge in the writ petition.

The Court also noted that in the statement filed by the Regional Transport Officer, it was confirmed that the prosecution has been launched by the authorised officer under Section 213(5)(e) of the Motor Vehicles Act before the Additional Chief Judicial Magistrate Court.

It also revealed that the vehicle is kept in Kannur Town Police Station under due intimation to the Additional Chief Judicial Magistrate Court. Therefore, finding no merit in the writ petition, the Court dismissed the same.