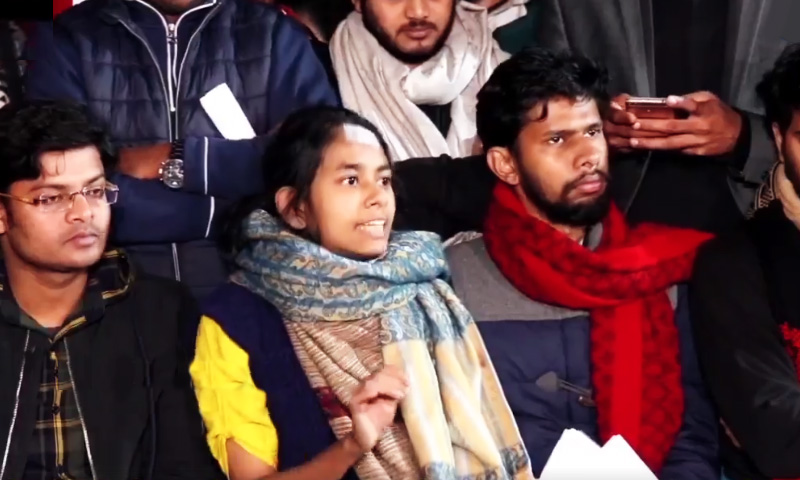 The Delhi High Court on Tuesday directed WhatsApp and Google to preserve and provide data relating to the violence that took place in the JNU campus on January 5.

The data pertains to two WhatsApp groups, namely: 'Unity Against Left' and 'Friends of RSS'.

The Single Bench of Justice Brijesh Sethi has also directed the Chief Security Officer and Registrar of JNU to preserve and provide CCTV footage, sought by Delhi Police by filing an application under section 91 of CrPC, by the earliest.

In today's proceedings, Google and WhatsApp had made their arguments referring to the prayers made in the petition.

Google stated that it is willing to provide the data stored in the Google Drive provided the Basic Subscriber Information is shared with the company.

On the other hand, WhatsApp submitted before the court that it can share the basic information about the last IP Address used, but it can't share the messages shared in the said WhatsApp groups. It was said:

'We can't share the content of the messages due to end-to-end encryption. It ceases to be on our server the moment it is delivered to the receiving person.'

Appearing for Delhi Police, Standing Counsel Rahul Mehra informed the court that an email was sent to WhatsApp on January 11, asking the company to follow the 'Emergency' route for providing the information sought by the agency.

He also informed the court that all the 137 members of the two WhatsApp groups have been identified, and the agency is in progress to issue notices to them.

Senior Counsel Rebecca Memon John, who appeared for one of the Petitioners, urged the court to direct Delhi Police to summon all the identified persons and seize their mobile phones. She said:

'The mobile phones in this case are primary evidence. The same shall be seized and sent for forensic examination.'

While taking John's argument in consideration, the court ordered Delhi Police to summon the said persons and seize their mobile phones.

WhatsApp and Google are also directed to preserve and provide the data to the law enforcement agencies as per their respective policies.

In the petition, Petitioners had claimed that the said WhatsApp group was used by several persons to plan, coordinate and execute the violent attacks on persons including professors and students present in the JNU campus on the said date.

It was also stated that JNU Teachers' Association had made several representations before the Police Commissioner to retrieve the materials for investigative purposes, as per the Information Technology (Intermediary Guidelines) Rules 2011. However, till date, the Association has received no reply to the aforesaid representations.