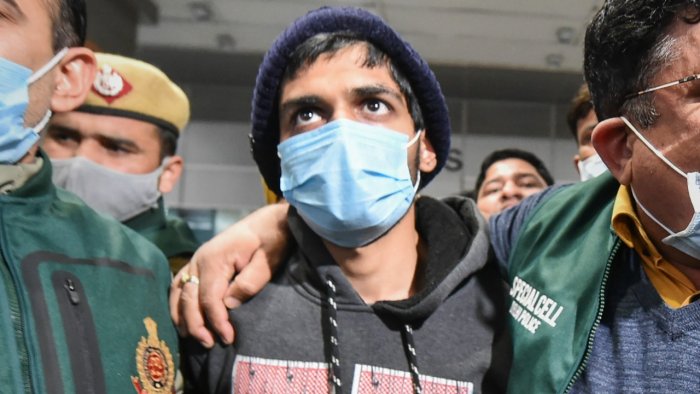 A Delhi Court on Friday denied bail to Neeraj Bishnoi, a 21 year old arrested from Assam in connection with Bulli Bai App case observing that the act is an "affront to the dignity of the women of particular community and communal harmony of the society".

Chief Metropolitan Magistrate of Patiala House Court, Pankaj Sharma, denied bail to Bishnoi who, as the police claimed at the time of arrest, to be the conspirator and creator of the Bulli Bai App on GitHub.

"The facts disclose that accused created the App "bullibai" where women journalists and celebrities of a particular community who are famous on social media are targeted and they are projected in a bad light with an objective to insult and humiliate them by objectification," the Court said.

"A vilification campaign against these women containing derogatory content and offending material having Communal overtones was run on this App being made by the accused."

"The investigation of this case is at initial stage and police is in process of collecting evidence and identifying involvement of other persons involved in this disdainful act. Accordingly, considering the enormity of allegation and the stage of investigation, no ground is made out for grant of bail at this stage. Bail denied."

Bishnoi is a resident of Assam's Jorhat area and is a student pursuing B. Tech from Vellore Institute of Technology, Bhopal. He was remanded to 7 days police custody earlier this month.

He was produced by the Intelligence Fusion and Strategic Operations unit (IFSO) unit yesterday at the Magistrate's house at night.

The Bulli Bai App is similar to the 'Sulli Deals' which also resulted in a controversy last year by offering 'sullis', a derogatory word trolls would use for Muslim women. GitHub was also the host for that App.

The FIR was registered against relevant handles and the developer of Bulli Bai for offences under Sections 153A (promoting enmity on grounds of religion etc), 153B (imputations prejudicial to nationallyntegration), 295A (insulting religious beliefs), 354D (stalking), 509 (word, gesture or act intended to insult the modesty of a woman), 500 (criminal defamation) of the Indian Penal Code and Section 67 (publishing or transmitting obscene material in electronic form) of Information Technology Act.

The case came to the fore after innumerable prominent Muslim women found themselves up for auction on the App hosted by GitHub. Many women found that their doctored images were put up on the App for "auction."

According to an NDTV report, the lady was handling three accounts in the Bulli Bai App. Jha opened an account called Khalsa Supremacist, apparently to make it look like this was a Khalistani attack. Then, on December 31, he changed the names of the accounts to make them sound like they allegedly belonged to a particular community.