'No One Can Claim To Be Exclusive, Above The Law': Calcutta HC Quashes Allotment Of Land To Sourav Ganguly, Imposes Costs On Him & State 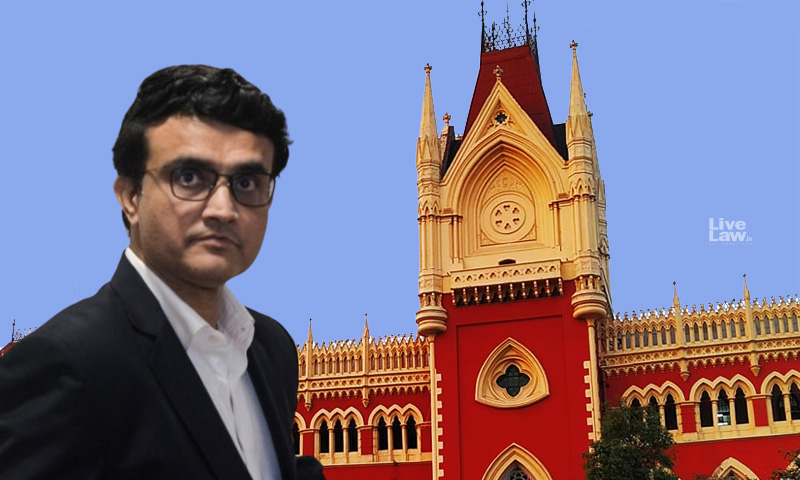 The Calcutta High Court on Monday quashed the allotment of a plot by the West Bengal Housing Infrastructure Development Corporation (HIDCO) to former cricketer and current BCCI President Sourav Ganguly for the purpose of establishing an educational institution. A Division Bench of Acting Chief Justice Rajesh Bindal and Justice Arijit Banerjee also imposed costs to the tune of Rs 50,000 each...

The Calcutta High Court on Monday quashed the allotment of a plot by the West Bengal Housing Infrastructure Development Corporation (HIDCO) to former cricketer and current BCCI President Sourav Ganguly for the purpose of establishing an educational institution.

A Division Bench of Acting Chief Justice Rajesh Bindal and Justice Arijit Banerjee also imposed costs to the tune of Rs 50,000 each on the State government and the state owned West Bengal Housing Infrastructure Development Corporation (HIDCO). A token cost of Rs 10,000 was also imposed on Sourav Ganguly and the Ganguly Education and Welfare Society by noting that they should have acted in accordance with law.

"Facts clearly established that the respondent No. 9 was in a position to dictate his terms, as if it was not a case where State was dealing with its property, where fair and transparent procedure was required to be followed. Rather it was a case in which the respondent No. 9 was able to play with the system. It was not for the first time that he was able to do it. This time also plot was allotted to him without any advertisement."

The Court further observed that bona fides were not examined and due process was not followed either by the State Cabinet or by the Board of Directors of HIDCO during the allotment process.

"They with closed eyes had decided to allot a plot as if it was not a State property but a private limited company which was permitted to deal with its property, as per its own wish without following due process of law", the Court further remarked.

The Court however acknowledged that Ganguly has brought laurels to the country in cricket. Opining that everyone is equal in the eyes of law and that no special treatment should be extended, the Court observed,

"The country always stands by the sportspersons, especially who represent country in international events. It is also a fact that Sourav Ganguly has brought laurels for the country in cricket. But when it comes to law, our Constitutional Scheme is that all are equal and no one can claim to be exclusive, above the law and seek benefits from the State, especially when question arises for allotment of plots for commercial ventures. No one ever raises a finger when the Government showers awards and benefits to the sportspersons, when they win any tournament, but this system is not to continue in perpetuity. If Sourav Ganguly is interested in development of sports especially cricket, in which he has many achievements to his credit, there may be already many State sports establishments, he can associate himself with them and motivate budding cricketers."

The directions were issued in a Public Interest Litigation (PIL) petition stipulating that the allotment had been done in total violation of rules, regulations, and policies for allotment of plots.

It was also brought to the notice of the Court that in an earlier round of litigation challenging the allotment made to Ganguly, the Supreme Court in 2011 had set the allotment and had made adverse remarks against the respondent authorities.

Immediately after the decision of the Supreme Court, Ganguly had requested the Chief Minister of West Bengal for allotment of the plot in question for building a school of international standards. Accordingly, the plot was allotted to him.

The petitioner contended that such an allotment had been done pursuant to an illegal procedure and that the lease premium payable was reduced from ₹10.98 crore to ₹5.27 crore. It was also submitted that there was no record of Ganguly applying for the plot and that he had made a direct representation to the Chief Minister by misusing his position of power.

On the other hand, counsel for the respondents contended that the government reserved the power to allot plots at its discretion and could also modify terms of such allotment. It was further submitted that since Ganguly was facing difficulties in implementing the project, such a request for allotment had been made.

The Court accepted the contention that favouritism had been extended to Ganguly and accordingly observed,

"As is evident from the previous litigation, the respondent No. 9 had good access to the corridors of power, which is writ large from the facts of the case. He submitted a request to the Chief Minister of the State vide letter dated July 09, 2012 requesting for allotment of a plot of 2.5 acres for building a school. Nowhere in the communication it is said that the plot is being applied for to be allotted to any charitable institution. Rather from the contents of the letter it is evident that it was meant to be used for plain and simple commercial venture."

The Bench further noted that in the instant case, the rules, regulations and the law laid down by the Supreme Court and this Court had been given 'complete go-bye at the whims and fancies of the persons in charge'

Before dismissing the petition the Court also observed that if such exercise of arbitrary power were to continue, the persons exercising the same will be held personally responsible.

"Before parting with the judgment, we may record that in case arbitrary of power still continues, the persons exercising such powers, may be held personally responsible."