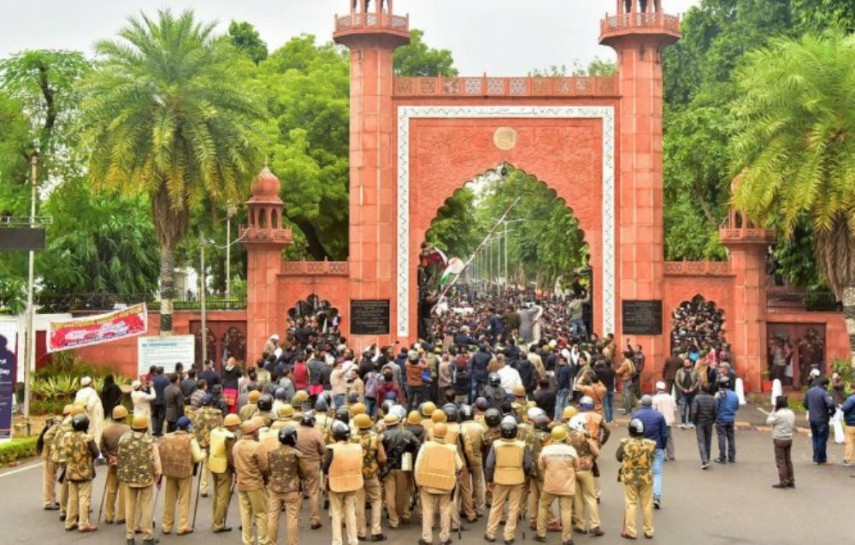 The Allahabad High Court on Monday adjourned the plea against alleged police excesses on the students of Aligarh Muslim University during anti-CAA Protests, for next week.

The division bench comprising Chief Justice Govind Mathur and Justice Siddhartha Varma has granted a week's time to the counsel for National Human Rights Commission to complete his instructions.

Last month the high court had directed the NHRC to probe into the allegations of police violence and complete the investigation within 5 weeks, in a PIL filed by one Mohd. Aman Khan.

He had alleged that the students were protesting peacefully against the Citizenship Amendment Act since December 13, 2019. However, on December 15, 2019, the Para Military Force and the State Police, for no just and valid reasons, charged Lathi with massive amount of firing of Tear Gas, Rubber Bullets and Pellets on the students of AMU.

The plea in high court was filed after the Supreme Court, on December 17, 2019, declined to entertain pleas seeking enquiry into police atrocities against University students. A bench headed by CJI SA Bobde had asked the petitioners to approach the concerned High Courts.

The matter will now be taken up on February 24.