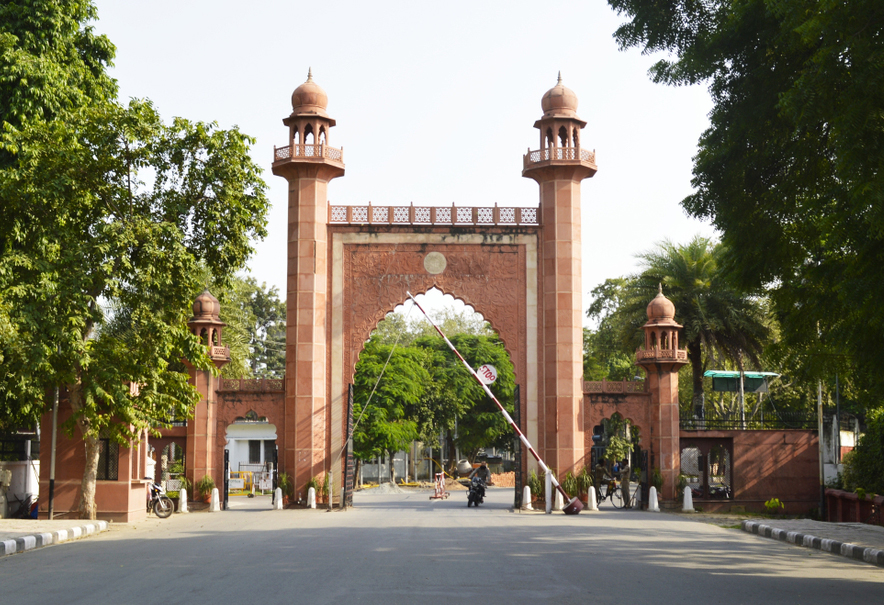 The Allahabad High Court on Thursday rejected a petition for quashing of FIR and consequent criminal proceedings pending against 12 members of the AMU proctorial team, accused of abusing a man for flying BJP flag on his vehicle in the University campus. A Single Bench of Justice JJ Munir observed that the presence of accused persons at the place of incident is not disputed...

The Allahabad High Court on Thursday rejected a petition for quashing of FIR and consequent criminal proceedings pending against 12 members of the AMU proctorial team, accused of abusing a man for flying BJP flag on his vehicle in the University campus.

A Single Bench of Justice JJ Munir observed that the presence of accused persons at the place of incident is not disputed and therefore, it is for the Trial Court to determine if any offence was committed at the said place.

The Court also refused to look into the CCTV-footage of the said incident while stating that evaluation of evidence is beyond the scope of proceedings under Section 482 of CrPC.

"It is beyond the accepted scope of this Court's jurisdiction to test the worth of these allegations. The informant was allegedly abused and then had words spoken to his ears, with intent to create enmity, hatred or ill-will between classes. This is a matter to be determined by the Trial Court, particularly when the presence of the applicants, each one of them on the scene of occurrence, is not in dispute," the Court said.

The Applicants were booked by the Civil Lines Police, Aligarh under Sections 342 and 504 of IPC for intercepting a man flying BJP flag on his vehicle and allegedly confining and abusing him. Accordingly, trial against them is pending in the court of Chief Judicial Magistrate, Aligarh.

As per the facts recorded in the FIR, on October 22, 2019, Guddu Singh, said to be the driver of BJP MLA Thakur Dalveer Singh, went to pick up the legislator's grandson Vijay Kumar Singh (a student at AMU).

The State's counsel submitted that the offence is serious and could have had wide ramifications on the law and order.

Applicants' counsel, Swetashwa Agarwal, however stated that six members of the said proctorial team were highly accomplished teachers of the University, with no criminal background, and imputations of the kind ascribed to them cannot be believed. Further, others in the proctorial team acted in aid of the six professors.

He submitted that the Investigating Officer had done a 'perfunctory investigation' and had ascribed false statements to the accused to give the incident a criminal colour. It was also submitted that the statement of Vijay Kumar Singh (grandson) recorded under Section 161 is hearsay, and if transformed to evidence, would be irrelevant.

Responding to this, the Court said,

"This part of submission of Mr. Agarwal may be right that Vijay Kumar Singh's evidence is hearsay, but the driver's statement is there, and his statement cannot be ignored. After all, it was the driver who was admittedly stopped and caused to remove the flag"

"The allegation of statements attributed to the accused, being incorrectly recorded by the Investigating Officer, is also not a matter which this Court can go into in the exercise of its jurisdiction under Section 482 of the Code."

The Applicant's counsel then referred to certain circulars of the University, banning the use of flagged cars/vehicles of any political party on the University campus. While he did not deny the incident of the vehicle being stopped, he disputed the fact that any abusive language was used.

"It is about the manner in which the flag was caused to be removed and the words that were uttered by the proctorial team, as claimed by the second opposite party," Justice Munir said.

The Court has now directed the concerned Magistrate to look into the matter and 5 determine precisely on what charges, besides Sections 342 and 504 I.P.C, the applicants ought to face trial.