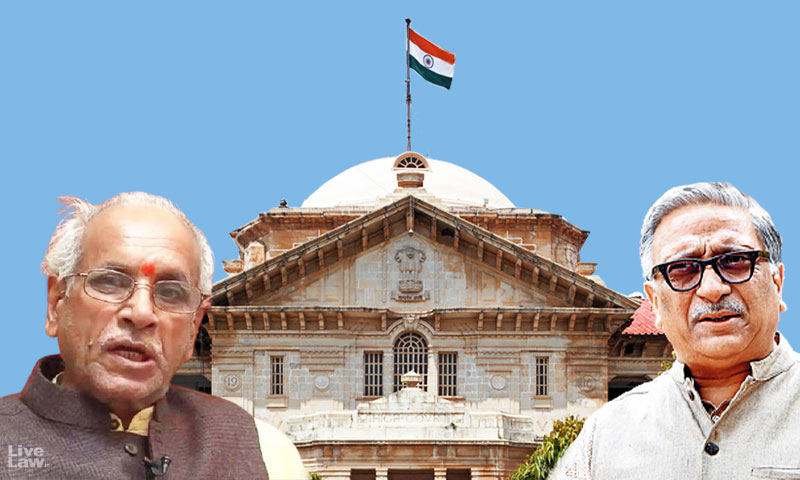 The Allahabad High Court on Tuesday granted interim protection against arrest to Journalist Vineet Narain and his associate named Rajneesh Kapur, who have been booked for putting up allegations that Vishva Hindu Parishad (VHP) leader Champat Rai and his brothers grabbed land from gaushala in Bijnor district.

A Division Bench of Justice Surya Prakash Kesarwani and Justice Piyush Agrawal observed that perusal of the FIR against the petitioners showed that even if the allegations made by them are taken in their entirety they do not constitute the offence alleged.

Further, opining that prima facie, it appeared that the FIR cannot be sustained in view of the law laid down by the Apex Court in State of Haryana and others vs. Bhajan Lal and others, 1992 Supp. (1) SCC 335, the Court said:

"Considering the facts and circumstances of the case, as an interim measure it is provided that pursuant to the impugned first information report the petitioners in both the writ petitions shall not be arrested till the next date fixed, i.e. July 27, 2021."

It may be noted that a complaint had been lodged by Rai's brother, Sanjay Bansal against Senior journalist Vineet Narain, his associate Rajneesh and one Alka Lahoti.

It was stated in the complaint that allegations against Rai that he and his brother grabbed Lahoti's land were baseless and thus it was urged that an FIR be registered against Narain.

Pursuant to this, they were named in the FIR at the Nagina police station by Bijnor Police.

In several posts on social media, Narain had alleged that Rai through his brothers had grabbed the land of a gaushala worth ₹50 crores and illegally constructed a degree college on it.

Noting that in the FIR, several such sections were added which deal with an entirely different situation, the Court said:

Thus, issuing notice to informant respondent no.4, the Court posted the matter for further hearing on July 27.