Period Of Limitation In Execution Of Foreign Award In India

About 5 months ago, when a two judges' bench of Hon'ble Supreme Court of India ("SC") decided the issue regarding the limitation period for execution of a foreign decree, the most debated question was as to whether the said law would apply equally qua the limitation period for enforcement of a foreign award. The apex court has now put to rest even the issue concerning the period of limitation for execution of a foreign award by a judgment of three judges' bench in the case of Government of India v. Vedanta Ltd. & Others[1].

Few crucial aspects of the case, till the matter reached the SC, are as under:

Proceeding before, and decision of, the SC

In the aforesaid background, the matter reached before the SC by way of Special Leave Petition filed by Government of India against the order dated 19.02.2020 passed by the Hon'ble Delhi High Court. The SC allowed enforcement of the foreign award and held as under:

With the aforesaid two judgments of the SC, the law as it stands today is that a decree passed by civil court in India as well as a domestic award can be enforced under Article 136 of the Limitation Act, within 12 years from the date of decree or the domestic award, as the case may be. However, the position with respect to enforcement of foreign decree and foreign award, can be summarised as under: 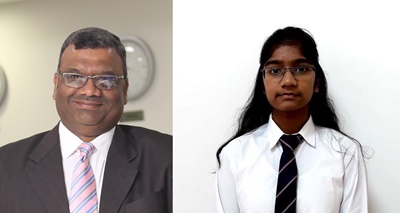 Vikas Goel is  Partner and Samiksha Goel is a Law Intern at Singhania and partners. Views are personal.

Vikas with almost 25 years of experience heads the dispute resolution group at the firm. He has been appearing before Supreme Court of India, various appellate tribunals, and High Courts on several national/international arbitrations and litigation matters.

[5] Section 5 of Limitation Act, 1963:- Extension of prescribed period in certain cases.- Any appeal or any application, other than an application under any of the provisions of the Order XXI of the Code of Civil Procedure, 1908 (5 of 1908), may be admitted after the prescribed period, if the appellant or the applicant satisfies the court that he had sufficient cause for not preferring the appeal or making the application within such period."