Labour Rights And Ease Of Doing Business: Concurring The Calibrations

India jumped to 63rd rank by 14 points in 2019 in the Ease of Doing Business Score by World Bank and has been one of the few consistent risers in the said list. The measure of Business Regulations over wide parameters ranging from starting a business, paying taxes, trading across borders to enforcing contracts and resolving insolvencies. One key parameter to the index which was excluded...

India jumped to 63rd rank by 14 points in 2019 in the Ease of Doing Business Score by World Bank and has been one of the few consistent risers in the said list. The measure of Business Regulations over wide parameters ranging from starting a business, paying taxes, trading across borders to enforcing contracts and resolving insolvencies. One key parameter to the index which was excluded in the much talked about improvement of India's ranking in Doing Business report 2019 is regulating employment. However, the four new labour codes, 2019-2020 and other strategic moves by the Government in respect of labour law reforms are promising steps in its zeal to secure its position among the top 50 in these rankings. Even though the Government is drawing appreciation and support from the Industry leaders in having metamorphized the labour law regime in India; the labour unions foresee it as a journey back in time to the British era where labour and slavery seemed to be synonymous. The sentimental gaps between the management and the labour need to be mulled over as when management is faced with rigid employment protection laws, firms lose the freedom to conduct business efficiently. On the other hand, the discretionary arbitrary attitude of management in ease of regulating employment denudes workers of their rights and statutory measures have to be poised to strike a delicate balance. Reforming the entire labour law regime will therefore definitely require relentless efforts to ensure that the rights of both sides remain perfectly calibrated for economic growth.

Highlights of the Four Codes: Pro-labour or Pro -Business

Being notified now, the four Codes shall consolidate 29 existing labour laws. A landmark pro-labour provision is the introduction of Floor wage which shall ensure timely and uniform payment of wages to an extensive set of employees irrespective of the wage ceiling thereby reducing regional disparities to a great extent. The new Codes shall also bring uniformity in the concepts and definitions apart from the widening of various definitions of industrial dispute, strike, interstate migrant workers, contract workers etc. Creation of Re-skilling funds and Welfare schemes for unorganised workers on life and disability, maternity benefits, old age protection, education, employment injury, housing benefits, skill upgradation, funeral assistance, old age homes etc. are host of other salient features in the new Codes to ensure social security benefits to this stratum. Giving identity to the unorganised sectors including Platform workers, Gig workers, fixed-term employees, contract labourers etc., these left out majority force of workmen shall now also be guaranteed benefits and protections. There shall be an automatic absorption of contract workers when they are engaged through unlicensed contractor and fixed term employees now can avail the rights of regular workers as the burden of welfare has been statutorily shifted from contractor to principal employer.

The analysis of provisions that aid the EODB or can be considered pro-Business would definitely rank the digitisation of compliances on the top of the list. Common digital/ electronic returns for EPFO and ESIC, reduction in the number of registers, single return system to ease compliances. The single window compliance portal - Shram Suvidha Portal issues a unique labour identification number (ULIN) issued for making compliances simpler and the operations of inspections has been made transparent enough as discretion of inspector in selection of unit has been removed. Specific exemption to woo MSMEs and start-ups has been provided for self-certified returns and exemption from inspections for initial few years. Disclosures about non-compliances has been decriminalised and now rigorous monetary penalties have been set to check the efficacy of new jurimetrics of enforcement. However, increased cost per employee as shifted the burden of welfare from contractor to principal employer, curtails employer's right to deductions from wages of managerial and supervisory employees varied bonus applicability for different states. This may result in increased and unforeseen financial burden and regulatory burden on employers, mainly those running medium, small, and micro businesses, which are already struggling to meet their operating costs, as well as big businesses that engage a sizeable number of contract labour.

Learning from other economies

Labour Market regulations monitor unemployment, labour force participation and productivity. If set above industry equilibrium and standards, raise in minimum wages have seen increase unemployment in competitive markets. Reports reveal that the introduction of a minimum wage in Brazil is associated with a 39% increase in informal employment. On the other hand, a similar move in Indonesia resulted in a reduction in both hours of work and employment. On the other hand, an increased labour market flexibility in Sweden was seen to be associated with higher labour productivity. Low- and lower-middle-income economies, such as those in East Asia and Pacific tend to regulate employment more than do high- and upper-middle-income economies such as Denmark, United States etc. Cumbersome redundancy procedures also pose challenges to employers. Half of economies in globally require that a third party, such as a government agency, be notified of redundancy dismissals of a single employee or group of employees. From ease of hiring to flexibility in work hours, to ease of redundancy and redundancy costs, a global experience reveals how flexible employment regulations boost businesses in any country.

CoViD-19 has brought a set of revelations which I guess have jolted the entire economic and social ecosystems world over. CoViD-19 caused migration of millions of workmen from Tier 1 cities back to their home towns raised questions on the absence of a uniform labour regulatory framework in the federal democratic setup in the country. With each State offering various sops to woo establishment of businesses or even migration of established industries from other States to theirs and the bull's eye set on foreign investments; also resulting in enormous interstate movement of labour, a uniform labour law framework was the need of the hour. The transient labour law reforms by States may make it easier for factories and businesses to run efficiently amid the coronavirus-led economic crisis, but the relaxation in rules may also put at stake the interest of labourers and workers, with businesses getting a free hand. On one hand, the industry sought to assure that the rule changes will let businesses function and thus generate more employment; on the other hand, social experts said the move may further aggravate the crisis for those who are worst affected. Given the unprecedented economic fallout from coronavirus, various industry bodies appreciated the labour law relaxations. However, failing the test of constitutionality, some States have either withdrawn the transient moves or have been struck down by State High Courts/ Supreme Court of India. Resolving the issue, once and for all, now, the Labour Codes provide for coverage of all migrant workers instead of only those brought by contactors as was earlier with the new Codes offering database on Migrant Workers to help better targeting, skill mapping and utilization of Governments Schemes by workers, journey allowance and helpline number.

What we can look forward to?

With a reasonable number of labour laws dating more than 5 decades back and some even pre-Independence, the Labour Codes are a much respite from the redundant provisions of the repealed Labour Laws. The Codes have rendered the labour laws more workable, less cumbersome, and tailored to the new work regime. While providing enough flexibility to the employers in regulating employment, the Code have put an effective mechanism in place to ensure that workers are reabsorbed in the working ecosystem. Reinstating the option of fixed-term contracts would boost youth employment. Easing redundancy procedures facilitates businesses in allocating resources more efficiently, while revising legal restrictions on nonstandard working hours allows both employers and employees to maintain competitiveness. Similarly, miscalculated changes to the minimum wage could lead to a decline in employment. The Codes adopt a more pragmatic and business-friendly approach to strike a fair balance by granting and enhancing basic rights to labour, provide essential protections to workers while maintaining appropriate checks on the respective obligations of principal employers.

Stepping up the ladder in EODB index shall improve the investor sentiment thereby pushing more and more investment into the businesses thereby indirectly creating more job opportunities. India can definitely emerge as a favourable destination for doing business and become the largest OEM to the world. The tremendous efforts in relation to Insolvency reforms cannot be negated but nevertheless, the new labour codes will definitely spark the system of investment due to digitisation of processes, simplified compliances, negotiating unions, exempting industry from select labour laws for initial years, improvement in inspection mechanisms etc. which are among the few provisions to attract and indemnify investors in corporate acquisitions and private equity. However, all these reforms and schemes would ease the doing of business in India only when the reform momentum is sustained with regular monitoring via Regulatory Impact Analysis; and the benefits are reaped by the grassroot industry effectively with both short term measures and long-term strategies. 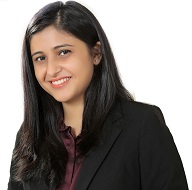