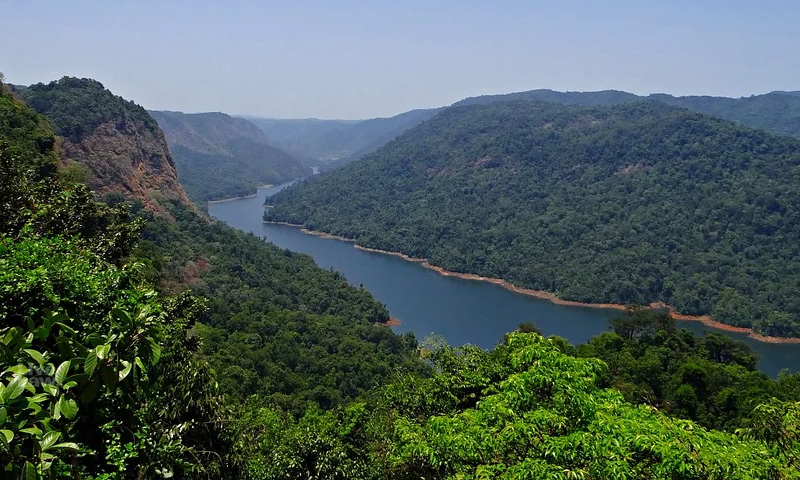 Expressing displeasure over the stand taken by the Central Government that it will not publish the draft Environment Impact Assessment, (EIA) notification issued on March 23, in the official languages of the states, the Karnataka High Court has decided to consider on August 5, consider the prayer to stay the notification.

"Prima facie we do not agree with the submission that hands of the respondent are tied by virtue of provisions of the Official Languages Act and that they cannot ensure publication of the notification in officials languages of the state."

During the hearing, Central Government Counsel Shiva Kumar submitted: "Notification is issued by the Ministry is as per Official languages Act. As per rule, it is published in Hindi and English in the official gazette. There is no provision which mandates our Ministry to publish in vernacular languages. As per, Article 343 (1) of the Constitution of India, the official language of the Union, is Hindi, in Devanagari script. As far as the publication of the notification in official gazette is considered it is only in Hindi and English."

To which the bench said, "If such hypertechnical stand is being taken by the Central government during the period of the pandemic, we will say that no further action shall be taken." Advocate Prince Isac appearing for the petitioner argued that the stand taken by the central government is a complete U-turn from its earlier statements made before the court. He added that rules under the Environment Protection Act do not say that the notification should be published only in Hindi and English Languages.

He added that the Ministry had directed the State Environment Impact Assessment Authorities to translate the draft notification in the local languages and give wide publicity. As regards extension of time for filing objections beyond the deadline of August 11, he sought time for receiving instruction from the Ministry.

In its order, the bench recorded that "Instead of making amends, now a statement of objection is being filed by the Central government contending that the Central Government is under no obligation to publish draft notification in official languages of the states. Placing reliance on the Official Language Act, the stand taken by Union of India is that publication only in Hindi and English language is valid and not required to publish in other languages. This stand is taken after making a solemn statement which is recorded in the order dated July 16, that respondent has given direction to all State Environment Impact Assessment Authorities to publish draft notifications in local languages. There is nothing placed on record that this direction issued has been implemented. On the other hand, time to file objections is extended only till August 11."

In its order dated July 16, the court had recorded that "By exercising power under Clause (a) of sub-rule (3) of Rule 5 of the Environment (Protection) Rules, 1986, the Government of India has decided to ensure that the notification is published in local languages in the States so that the citizens can file objections."

The bench had also said that "Prima facie, we are of the view that the respondent - Central Government must take immediate steps to ensure that wide publicity to the notification dated 23rd March 2020 is given by publishing the same in official languages of all the States. If the publicity is to be given hereafter, hardly a few days time will be available to the citizens to submit objections. Therefore, the Central Government will have to consider extending the time for submitting objections."

Today, the bench again referred to the Environment (Protection) Rules and said that "Ultimate object of the rules appears to be that those who are likely to be affected should be in a position to file their objection. We would have understood if the respondent would have extended the time to file objections, stating that due to the prevailing situation of pandemic the State Environment Impact Assessment Authority has not published the translation of impugned notification in regional languages of the state. The respondent ought to have come out with extension of time."