"Not Death, But Every Day The Rising Sun Would Remind Them Of The Barbaric Acts Committed By Them": Bombay High Court On Commuting Death Sentence In Shakti Mills Gang Rape 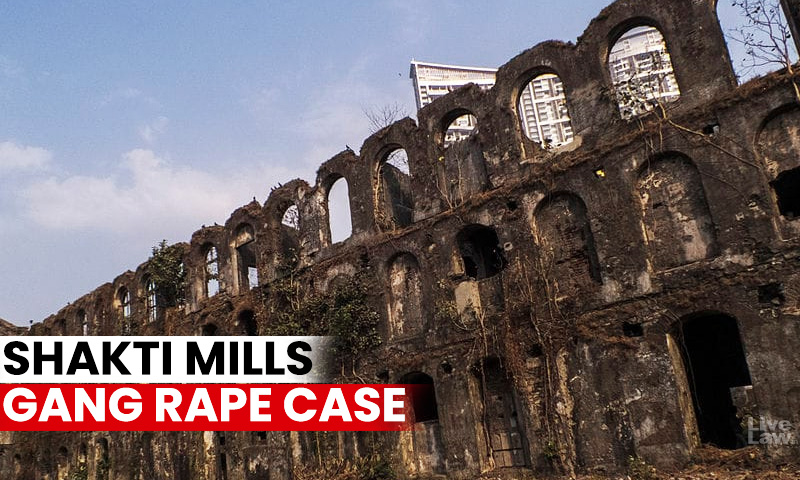 x
"The accused do not deserve any leniency, empathy or sympathy. Hence, they deserve Imprisonment for life i.e. for the remainder of their natural life. Every day the rising sun would remind them of the barbaric acts committed by them and the night would lay them with a heavy heart filled with guilt and remorse,"

Setting aside the death penalty of three convicts in the 2013 Shakti Mills gang rape case the Bombay High Court observed that while rape is a "heinous offence" punishments could not simply be based on "public outcry" and it was the court's duty to view cases "dispassionately" and ensure procedure under law is followed.

The court thus set aside the first death sentence under section 376E of the Indian Penal Code (IPC). The section provides for life imprisonment or death for repeat offenders of rape and was added to the IPC through the Criminal (Law) Amendment Act 2013.

Justices Sadhana Jadhav and Prithviraj Chavan, however, upheld the rigorous life sentence of the three convicts Qasim 'Bangali' Shaikh (21), Salim Ansari (28) and Vijay Jadhav (19) under section 376D of the IPC for gangrape.

Under section 376D the convicts have been directed to suffer rigorous imprisonment until the remainder of their natural life, without parole or furlough. The court has further directed the District Legal Services Authority (DLSA) to pay compensation to the victim.

The court held that the photojournalist's case cannot be considered their second offence as both cases (photo journalist and telephone operator's case) were tried simultaneously. Therefore, conviction under 376E could not be sustained.

"This is not a case of previous conviction as both sessions cases were tried simultaneously and the conviction in both cases was recorded on the same day without giving the accused an opportunity to present place before the court mitigating circumstance."

"While setting aside the sentence of death penalty, it may appear to the public at large that we play a counter majoritarian role. However, the Constitutional Courts are bound to take into consideration the judicial mandate not by considering just individual rights or the rights of the criminal, but to follow "the procedure established by law".

Section 376E is Not a Substantive Offence

The court held that section 376E of the IPC is not a substantive offence, but is a punishment contemplated for repeat offenders under section 376D, 376DA, 376DB of Indian Penal Code. The court said that while it would not take a pedantic approach as contemplated in 75 of the IPC, but it would mean that the sentence of death penalty may be awarded in a case which is tried after the first conviction for a similar offence as in the case of Rajendra Wasnik(cited supra)."

The court acknowledged the physical and life-long mental injury inflicted upon rape victims but cautiously added that it cannot award punishment simply by taking into consideration only the public outcry.

"It is our bounden duty to consider the case dispassionately. We cannot be oblivious of the "procedure established by law", however, such incidents shock the conscience of the Society at large," the Court opined.

Death Puts an End To Repentance

The court observed that death puts an end to the whole concept of repentance, any suffering and mental agony. Therefore the accused deserved to suffer in prison till the remainder of their natural lives "as it would be difficult to survive in a society of such men who look upon women with derision, depravity, contempt and objects of desire."

"The accused do not deserve any leniency, empathy or sympathy. Hence, they deserve Imprisonment for life i.e. for the remainder of their natural life. Everyday the rising sun would remind them of the barbaric acts committed by them and the night would lay them with a heavy heart filled with guilt and remorse," the court said.

Death Penalty is not Deterrence

The bench cited the Law Commission's 262 report, Chapter VII, which observed that the death penalty does not serve the penological goal of deterrence any more than life imprisonment. "We, therefore, feel that a sentence of rigorous imprisonment for the remainder of their natural life without any remission, parole or furlough would meet the ends of justice."

"Retribution has an important role in punishment. However, it cannot be reduced to vengeance. The notion of 'eye for an eye, and a tooth for a tooth has no place in our constitutionally mediated criminal justice system. Capital punishment fails to achieve any constitutionally valid penological goals," the bench quoted the law commission report.

"And how shall you punish those whose remorse is already greater than their misdeed? Is not remorse the justice which is administered by that very law which you would fain serve? Yet you cannot lay remorse upon the innocent nor lift it from the heart of the guilty."

The incident dates back to August 22, 2013. A young photojournalist, who was accompanied by her colleague on assignment, was raped by four men and a minor inside the Shakti Mills compound. The Mumbai Police cracked the case within 24 hours and arrested all the accused within a week.

Emboldened by the swift action, a 19-year-old telephone operator approached the police a month later to complain of gang-rape by five men, at the same location on July 31, 2013.

Qasim Shaikh, Salim Ansari and Vijay Jadhav were named and identified by both victims in rape trials that were heard simultaneously. On March 20, 2014, the principal judge of the sessions court held 4 accused guilty in each case. Two minors were tried by the Juvenile Justice Board.

The next day, accused in the telephone operator's case were sentenced to life imprisonment. The prosecution then filed an application for Section 376E to be added.

The plea was allowed and on March 24, the judge sentenced Shaikh, Ansari and Jadhav to death in the photo journalists' case. Another accused was sentenced to life imprisonment.

The matter moved to the Bombay High Court for confirmation of death sentence under section 366 of the CrPC. Advocate Deepak Salvi assisted by Sahil Salvi appeared for the prosecution and Advocate Yug Chaudhry was appointed for the convicts. Advocate Payoshi Roy assisted him.