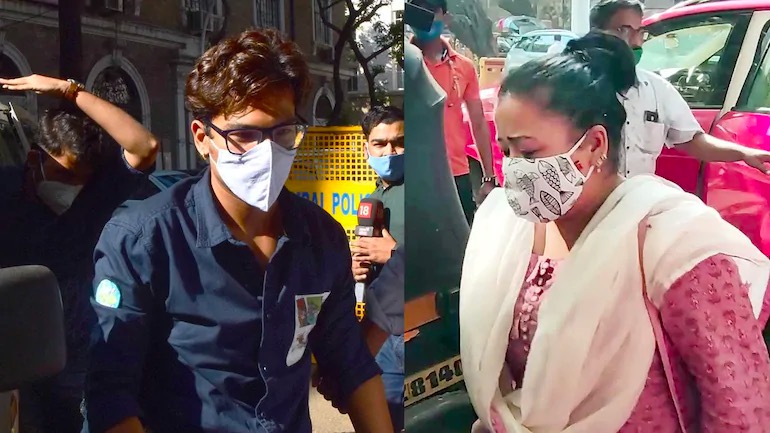 As per the report of The Indian Express, the agency acted against the duo after arresting a 21-year-old drug peddler in Khar Danda early on Saturday morning and seizing 40 grams of ganja, 15 LSD dots and Nitrazepam tablets, a controlled medication used to treat insomnia and anxiety, from his possession.

"Both Bharti Singh and her husband Haarsh Limbachiyaa accepted consuming ganja. Ms Singh was placed under arrest under the Narcotic Drugs and Psychotropic Substances (NDPS) Act 1986," the NCB release of yesterday read.

Today, producing them before the Vacation Magistrate, the NCB asked for the custody of Haarsh (and not Bharti Singh) for 7 days, while arguing that he was the one who procured the drugs, which the duo was consuming and that his custody is needed for further investigation.

They both have been charged under relevant sections of NDPS including 20 (b), 20 (ii) (A), 27 for the Consumption of "narcotic drug or psychotropic substance."

The Court, while denying the Custody of Haarsh to NCB, noted that the quantities allegedly in possession of the couple were in small quantity, the punishment for the alleged offences alleged is punishable for up to a year only and that the evidence shows that allegedly, they only consumed it and are not involved in peddling of drugs.

Lastly, the Court remanded them to judicial custody till December 4, 2020.

Advocate Ayaz Khan, represented Bharti Singh and Haarsh Limbachiyaa before the Vacation Magistrate and he has also filed bail applications on their behalf, which will be heard tomorrow by the Esplanade Court, Mumbai.