India and the United States of America ('US') have always shared a long-standing and cordial trade relation, whereby both nations have viewed each other as important strategic partners for the advancement of common interests. This is evidenced primarily by two reports, first being the US Congressional Research Service (CRS) report dated December 23, 2020[1], which showcased that...

India and the United States of America ('US') have always shared a long-standing and cordial trade relation, whereby both nations have viewed each other as important strategic partners for the advancement of common interests. This is evidenced primarily by two reports, first being the US Congressional Research Service (CRS) report dated December 23, 2020[1], which showcased that US bilateral trade with India accounts for about 3% of the total US world trade and the second being the United States Trade Representative ('USTR') report dated January 2021, which stated that the overall US-India bilateral trade in goods and services reached $149 billion[2] in 2019.

Now, considering India's growing focus on becoming an attractive destination for global trade, investment and business, it is imperative for the Indian government to address the concerns raised by its trading partners regarding the need for strengthening its IPR framework in line with the international standards.

One such concern has been raised by the Office of the USTR in its Special 301 Report of 2021 ('Report') dated April 30, 2021, wherein the adequacies as well as shortcomings in the IPR regime of its various trading partners (including India) have been highlighted.

This Special 301" Report[3] is prepared annually by the USTR whereby pursuant to Section 182 of the Trade Act of 1974, the USTR is required to identify thereunder "those foreign countries that deny adequate and effective protection of intellectual property rights, or deny fair and equitable market access to United States persons that rely upon intellectual property protection."

In line with the letter and spirit of the afore-stated statute and for the purpose of segregating trading partners, the USTR has created two lists viz. 'Watch List' and 'Priority Watch List.' Placement of a trading partner on either list indicates the existence of issues relating to IPR protection and enforcement in that particular nation. Further, the countries placed on the 'Priority Watch List' attract increased bilateral attention with regard to their IPR policies. Hence, India's continuous placement under the 'Priority Watch List' since the last four years, implies that India's IPR protection and enforcement framework has been a continuous subject of particularly intense bilateral engagement.

The Report outlines the following "Ongoing Challenges and Concerns" owing to which India stands listed in the 'Priority Watch List.':

i) Innovative industries operating across different sectors have expressed growing concerns owing to the potential threat of patent revocations, lack of presumption of patent validity and the narrow patentability criteria under the Indian Patents Act, 1970.

iii) Stakeholders continue to express concerns over the vagueness surrounding the interpretation of the India Patents Act, 1970 and the lack of an effective system offering protection against the unfair commercial usage and unauthorized disclosure of pertinent data generated to obtain marketing approval for pharmaceutical and agricultural chemical products.

iv) Pharmaceutical stakeholders also express concerns over the restriction on patent-eligible subject matter under Section 3(d) of the India Patents Act, 1970 and its impact on incentivizing innovation. They also highlight the lack of an effective system for notifying interested parties regarding the marketing approvals for follow-on pharmaceuticals, which may aid in an early resolution of potential patent disputes.

v) Another anomaly lies in the fact that while India justifies the inadequacies in its IP protection framework as a way to promote access to technologies, yet it maintains high customs duties on IP-intensive products such as medical devices, pharmaceuticals, ICT products, and solar energy equipment.

vi) Owing to the aforestated concerns being raised by the stakeholders, especially in relation to the burdensome patent reporting requirements, India tried addressing the same by issuing a revised Manual of Patent Office Practice and Procedure in November 2019 along with a revised Form 27 on patent working in October 2020. This step was aimed towards including a requirement for patent examiners to look at the WIPO Centralized Access for searching information filed by patent applicants in other jurisdictions, thereby eliminating the need for applicants to file such redundant information with India. While some stakeholders have welcomed this step, others have expressed concerns over the maintenance of confidentiality of the sensitive business information disclosed in Form 27.

i) The major concerns relate to the excessive delays in trademark opposition proceedings and a lack of quality in examination. Also, there exists little clarity concerning whether or not trademark owners can apply directly for recognition of "well-known" trademark status without relying on Indian court decisions.

i) Copyright holders continue to face high levels of online piracy and growing concerns are being raised over published works not being afforded meaningful copyright protection.

iii) India is yet to incorporate the requisite amendments, for bringing its Copyright Act, 1957 in consonance with the global standards. In 2019, the Department for Promotion of Industry and Internal Trade (DPIIT) proposed the draft Copyright Amendment Rules that sought to broaden the scope of statutory licensing to encompass not only radio and television broadcasting but also online transmissions. If these Amendment Rules are implemented, they would have severe implications for right holders who make their content available online, and hence, the US has time and again urged India to ensure consistency with international standards.

These Amendment Rules along with existing ambiguous provisions governing the granting of licenses under Chapter VI of the Indian Copyright Act, 1957, have raised doubts regarding the degree of copyright protection being offered. Furthermore, certain industries have reported continuing problems with unauthorized file sharing, signal theft by cable operators, commercial-scale photocopying and unauthorized reprints of academic books coupled with circumvention of technological protection measures.

iii) While India's Copyright Royalty Board was made a functional part of the Intellectual Property Appellate Board (IPAB) in 2020, the United States has closely monitored the developments relating to the abolishment of the IPAB itself.

Furthermore, India is yet to undertake concrete steps for ensuring prompt licensing of collective management organizations so as to enable their efficient functioning thereof.

iv) The United States is also closely monitoring India's next steps, including the December 2018 draft Cinematograph Act (Amendment) Bill containing promising provisions to criminalize illicit camcording of films and the DPIIT's December 2020 solicitation of public comments on the proposed amendments to the Copyright Act, 1957.

i) India's overall level of trademark counterfeiting continue to remain alarming, owing to the weak IP enforcement by the courts and police officers, the sheer lack of familiarity with investigation techniques, and the continued absence of any centralized IP enforcement agency, combined with a failure to coordinate actions on both the national and state level. Hence, the US continues to encourage the adoption of a national-level enforcement task force for IP crimes.

ii) The extent of counterfeiting and the ineffective level of IP enforcement is evidenced by India's categorisation as one of the top five source-economies for fake goods as per the OECD's Trends in Trade in Counterfeit and Pirated Goods (2019).

While the promulgation of the Commercial Courts Act, 2015 was aimed at reducing procedural delays and increasing judicial expertise in IP matters, however, it has been reported that the actual benefits of the said legislation have been limited owing to the right holders facing jurisdictional challenges and the sheer inadequacy of trained court staff and other resources..

i) Companies also continue to face uncertainty caused by insufficient legal means for protecting their trade secrets in India.

ii) Even though India's 2016 National IPR Policy identified trade secrets as an "important area of study for future policy development," however, till date, no civil or criminal laws have been enacted for affording protection to trade secrets.

While the Indian contract law provides some trade secret protection, however, this approach is effective only in situations where the trade secret owner and party accused of misappropriation have a contractual relationship. Further, while civil remedies are difficult to obtain and do not have a deterrent effect, criminal remedies continue to be non-existent for trade secret misappropriation in India.

Hence, the US and Indian companies have identified trade secret protection as a growing concern and thereby expressed collective interest in India enacting a comprehensive trade secret legislation.

A press release issued by the Ministry of Consumer Affairs, Food and Public Distribution[4], stated that "Observations in the report are specific to addressing concerns of American consumers and it may be noted that India is under no obligation, to take action based on reports being generated by independent sovereigns. However, Central Government has been taking active steps to control the menace of counterfeiting and piracy. Several initiatives to strengthen enforcement agencies through regular training and sensitization programs have been undertaken by the Cell for IPR Promotion and Management (CIPAM) with Police, Customs and Judiciary. Apart from creating legal deterrence, a large number of awareness and sensitization programmes are carried out to encourage customers to buy original products and inform them about the consequences of buying fake and counterfeit products."

If the Indian Government is serious about improving its trade relation and trade share with US companies, it should sincerely review and immediately act upon the aforesaid concerns raised in the Report. While it may not be practically possible to instantly address certain concerns relating to the Patent law, however, the concerns raised in relation to Trademark, Copyright and IP enforcement can certainly be acted upon by undertaking measures such as developing a mechanism for speedy disposal of opposition matters and harmonising the extant laws with the global IP regime. Also, in order to ensure the effectiveness of these measures, the Indian Government needs to act in an efficient and time bound manner.

Having said that, with the abolishment of IPAB and the consequential lack of clarity in relation to the procedural nuances governing IP matters, the Indian government has given the international trade community another cause of concern.

Hence, it is imperative to understand that unless the concerns relating to inordinate delays in IP matters coupled with the lack of a strong IP enforcement mechanism are addressed robustly, India may continue to hold its position in the 'Priority Watch List' even for the next few years. 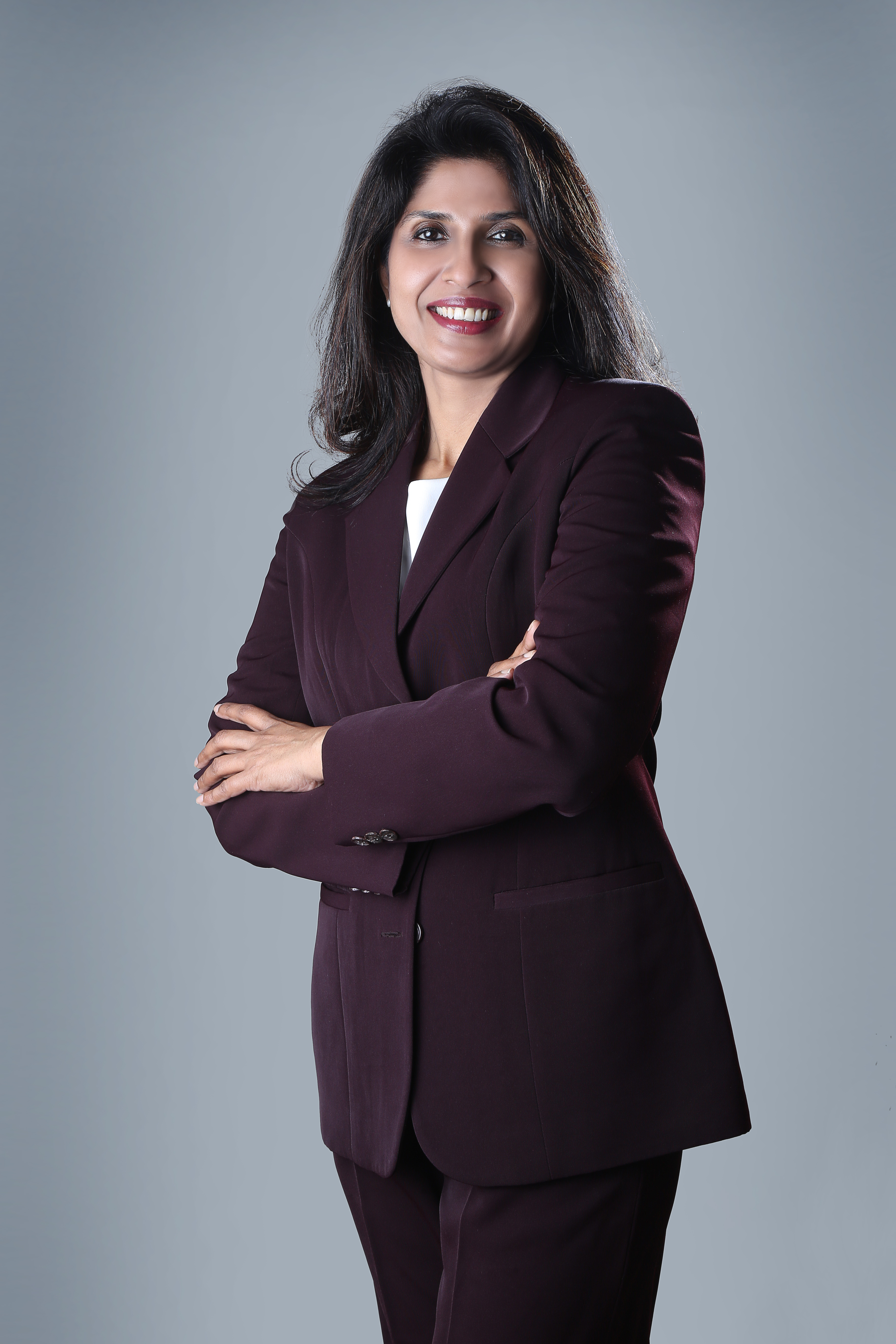 Priya Rao is the Managing Partner at Priya Rao & Associates.Views are personal.