The Drone Rules, 2021- New Wings To The Drone Technology 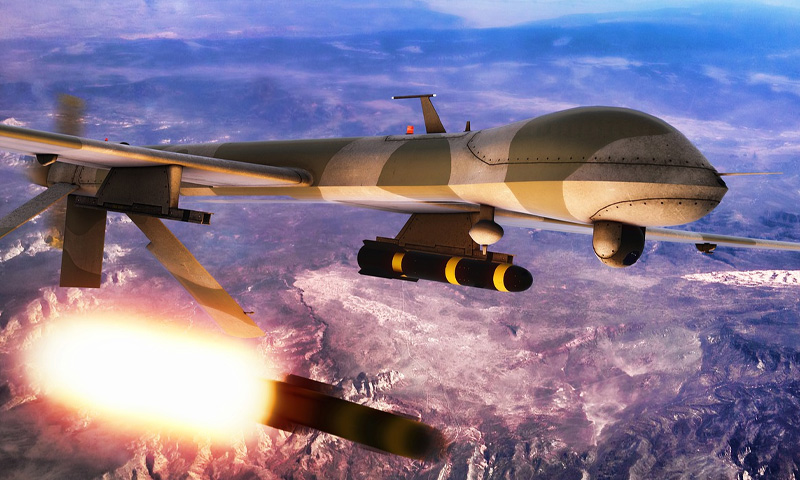 The Drone Rules, 2021 came into effect on 25th August 2021 replacing the earlier draft regulations namely Unmanned Aircraft System Rules 2021, to regulate and revamp the use and operation of Drones or Unmanned Aerial System ("UAS") in India. These rules are a liberalized version of the previously enacted UAS Rules. The Drone Rules, 2021 have also done away with the strict...

The Drone Rules, 2021 came into effect on 25th August 2021 replacing the earlier draft regulations namely Unmanned Aircraft System Rules 2021, to regulate and revamp the use and operation of Drones or Unmanned Aerial System ("UAS") in India.

These rules are a liberalized version of the previously enacted UAS Rules. The Drone Rules, 2021 have also done away with the strict requirements as to the need and possession of certificates relating to the maintenance of drones and its associated conformation. Further requirements as to the permits from operator, import clearance, authorization of R&D etc., have been abolished under the Rules. These rules may pave way for the enactment of future legislations and will also create a need to amend the existing statutes in order to comply with any possible events arising out from the implementation of these promulgated Drone Rules.

· These Rules provides for a 'digital sky platform' wherein the process relating to registration and operation of drones will be regulated. This platform ensures minimal human intervention and aims to provide a single window system for all registrations and clearances wherein no separate clearances have to be acquired from other departments.

· To promote start-ups and facilitate the environment of ease of doing business, these rules have come up with amendments relating to the procedural aspect i.e.

a. Number of forms required have been decreased from 25 to 5.

b. The categories of fee have been reduced from 72 to 4.

c. Quantum of fee has been reduced to nominal levels and is now delinked with size of drone.

d. Nano and model drones (made for research or recreation purposes) are exempt from type certification.

e. Coverage of drones under Drone Rules, 2021 has been increased from 300 kg to 500 kg. This will cover drone taxis also.

f. Type Certificate is required only when a drone is to be operated in India.

h. No restriction on foreign ownership in Indian drone companies.

i. Drone promotion council to be set up by Government with participation from academia, start-ups and other stakeholders to facilitate a growth-oriented regulatory regime.

j. Drone corridors will be developed for cargo deliveries.

Concerns which need to be addressed

a. The Drone Rules doesn't cater to the privacy concerns yet. These rules neither expressly disallow drone activities over private properties nor stipulate any special permissions including consent of the landowners for such operations. The Drone Rules are silent on the privacy concerns and data retention and maybe the upcoming Data Protection Law will cater to this issue.

b. The basic principles of law of torts such as trespass, nuisance, privacy, harassment, hurt and negligence will also be taken into account when applying these rules as majority of the cases will arise on these law points.

c. Any injuries to an individual arising out of any crash of drone or due to any technical defaults might trigger a claim of hurt and might attract principles of vicarious liability of the owner or the operator of that drone causing the injury under the law of torts.

These concerns or any future suggestions arising out of these rules should be taken into account as many points relating to data retention, data protection, privacy concerns, transfer of data or any point on law of torts should be taken into consideration. It will be fascinating to see how the courts will apply these standards on the functioning of drones and other new innovations, in due course of time.

The notification of the Drone Rules 'built on the premise of trust, self-certification, and non-intrusive monitoring' is a landmark moment for the drone sector in India. These Rules are one of a kind in Indian law and are a fine blend between regulation and liberalisation. These rules will get its true meaning after the enactment of further legislations in this regard. The enactment of these rules is a landmark step displaying the intention of the government with regard to the innovation sector and thereby promoting start-up culture and facilitating ease of doing business in India. These rules in turn will help leverage India's strengths in innovation, technology & engineering making India a drone hub.

The laws relating to data protection and privacy will play a major role in determining the true structure of these rules and many existing laws will have to be amended so as to include the operation of drones within their ambit. It will be fascinating to see how the combination of drone technology, intellectual property and big data will change the future. With the passage of time, the owners of IP in drone technology, licensees and government will benefit the most.