E-commerce Rules Amendments: Adding Or Stripping Away The Competition Jurisdiction? 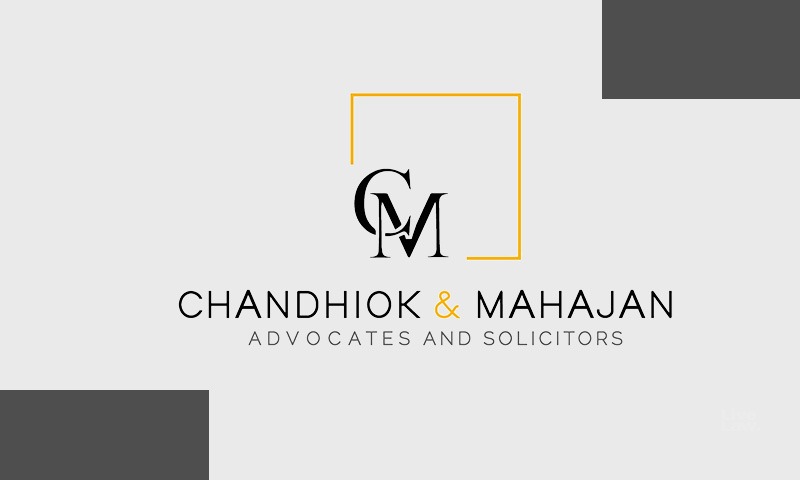 The Government of India recently published certain proposed amendments ("Amendment Rules") to the Consumer Protection (E-Commerce) Rules, 2020 ("Rules") seeking public comments and suggestions. In this piece, we analyse some questions the Amendment Rules present from a competition law perspective. The Amendment Rules seem to further tighten the noose on e-commerce entities and...

The Government of India recently published certain proposed amendments ("Amendment Rules") to the Consumer Protection (E-Commerce) Rules, 2020 ("Rules") seeking public comments and suggestions. In this piece, we analyse some questions the Amendment Rules present from a competition law perspective.

As part of this battle, last year, the Delhi Vyapar Mahasangh ("DVM") had knocked on the doors of the Competition Commission of India ("CCI"), seeking an investigation against Amazon and Flipkart for alleged anti-competitive practices such as: i) exclusive tie ups with smartphone manufacturers; ii) preferential treatment to certain allegedly related sellers such as Cloudtail, Appario (for Amazon) and WS Retail (for Flipkart); iii) deep discounting practices; iv) preferential listing/promotion of private labels. The CCI had passed a preliminary order initiating investigation finding that such practices constituted vertical agreements which were likely to cause an appreciable adverse effect on competition ("AAEC") in the market. Amazon and Flipkart approached the Karnataka High Court challenging the CCI's order amongst others on the ground that the CCI had no jurisdiction to investigate these matters as they squarely fell within the rules of the prevailing Foreign Direct Investment ("FDI") regime. By way of an interim order in February 2020, the Karnataka High Court had stayed the investigation of the CCI. However, by way of a final order in June 2021, the single judge of the Karnataka High Court dismissed Amazon and Flipkart's challenge and upheld the CCI's order. Amazon and Flipkart have filed an intra-court appeal against the single judge's order which is currently pending.

It appears that several provisions of the Amendment Rules lend credence to one of the key arguments raised by Amazon and Flipkart i.e., that the jurisdiction of the CCI to investigate these matters is ousted/delayed (relying on the decision of the Supreme Court in CCI v Bharti Airtel and Ors (2019)2 SCC 521)) in view of the presence of detailed sector-specific regulations. Several provisions of the Amendment Rules directly address the issues that are pending investigation before the CCI and lay down detailed regulations on the business practices of e-commerce entities:

b) No discrimination against domestic goods: Where imported goods are offered for sale on the platform, the Amendment Rules require the e-commerce entities to mention the names and details of the importers, identify country of origin, provide a filter mechanism on their website and display notification regarding the origin of goods at the pre-purchase stage, at the time of goods being viewed for purchase, provide suggestions of alternatives to ensure a fair opportunity for domestic goods and provide ranking for goods and ensure that the ranking parameters do not discriminate against domestic goods and sellers. This provision appears to be aimed at ensuring parity between imported and domestic goods and reiterates the no-discrimination rule. However, the requirement that e-commerce entities have to actively provide suggestions of alternatives to ensure fair opportunity for domestic goods may actually result in reverse discrimination against imports.

c) Regulation of cross-selling: The Amendment Rules define 'cross-selling' as sale of related, adjacent, and complementary products/services with an intent to maximize the revenue of the e-commerce entity. The Amendment Rules require e-commerce entities to make adequate disclosure in a clear and accessible manner on their platforms regarding the name of the entity providing data for cross-selling and data used for cross-selling. This provision would at least in part regulate the issues of preferential treatment to certain preferred sellers and preferential listing/promotion of private labels which are pending investigation before the CCI.

d) Prohibition against search manipulation, use of e-commerce entity's brand for promotion, collection and use of consumer information: The Amendment Rules prohibit an e-commerce entity from: i) misleading users by manipulating search results or search indexes on its platform; ii) using its brand name for promotion or offer of sale of goods or services on the platform; and iii) using information collected by it for sale of goods bearing its brand name or promoting or advertising as being associated with its brand name, if such practices amount to unfair trade practice and impinges on the interests of consumers. These regulations directly seek to regulate the issues of preferential listing and promotion of private labels which are pending investigation before the CCI.

e) Prohibition on 'flash sales': The Amendment Rules prohibit e-commerce entities from organizing 'flash sales'. Flash sales have been defined "as a sale organized by an e-commerce entity at significantly reduced prices, high discounts or any other such promotions or attractive offers for a predetermined period of time on selective goods and services or otherwise with an intent to draw large number of consumers". The definition is however qualified by a proviso to the effect that such sale must be with an intent to enable only a specified seller or group of sellers managed by the e-commerce entity to sell goods or services on its platform. Therefore, it appears that flash sales per se are not prohibited; however, a flash sale with an intent to enable only certain sellers related to the e-commerce entity to sell is prohibited. Despite this qualification, this prohibition appears to enter the dangerous territory of price control as it essentially prevents e-commerce entities from providing discounts. The issue of deep discounting is again an issue pending investigation before the CCI and is a hotly debated topic particularly because lower prices generally benefit consumers and are considered harmful only under certain specified circumstances such as when such pricing is shown to be below cost and predatory.

The provisions of the Amendment Rules described above, amongst others, appear to lay down a complete code of regulations for e-commerce entities which can be enforced under the Consumer Protection Act, 2019 ("CPA"). Therefore, the question that arises is does such a complete code, oust the jurisdiction of the CCI, as is being argued by Amazon and Flipkart currently before the Karnataka High Court? The Amendment Rules do make a specific reference to 'abuse of dominant position' under the Competition Act, 2002 ("Competition Act") and prohibit an e-commerce entity from abusing its dominant position. However, whether simply reiterating one prohibition already contained in another statute is sufficient to save the CCI's jurisdiction remains to be seen.

Do the Amendment Rules pre-judge the issues without considering consumer efficiencies?

E-commerce and digital platform business models are relatively recent and their effects on consumers are still not clear. One cannot deny that the advent of e-commerce has certainly led to consumer benefits such as lower prices and search costs, wider availability of goods, prompt delivery, wide delivery network and convenience of purchasing from the comfort of home. The Competition Act provides a framework for assessing business practices on a case by case assessment, by balancing out the anti-competitive and pro-competitive effects. The CCI in its Market Study on E-commerce recognized the potential pro-competitive benefits of e-commerce business models and advocated a case-by-case approach to determine whether issues such as preferential treatment/listing, exclusive tie-ups, deep discounting and promotion of private labels can have an adverse effect on competition. Even the CCI's order in the DVM matter is a preliminary order and the CCI would take a final view on whether these issues are anti-competitive only after a detailed investigation (subject to the CCI being found to have jurisdiction).

However, it appears that the Amendment Rules have proposed ex-ante prohibition/regulation of such practices without carrying out the exercise of balancing the efficiencies against the harmful effects of such practices. E.g. the prohibition on flash sales amounts to price control, a measure that the CCI has often advocated against as it directly interferes with market forces and appears to go against lower prices, one of the key objectives of competition law. Similarly, conduct like exclusive arrangements, cross-selling and self-preferencing can have pro-competitive effects as they can introduce new products, increased choice, and low prices to users. This is in fact well recognized in antitrust scholarship and hence assessment of the effect of such practices becomes imperative.

While the Amendment Rules have introduced some qualifications to the restrictions, such qualifications may not be sufficient to account for efficiencies arising from e-commerce business models.

All in all, the Amendment Rules appear to add further confusion to the existing legal quagmire of regulation of e-commerce entities. Currently, at least three different statutes and regulators regulate/seek to investigate e-commerce entities i.e. the FDI regime, the CCI and these Rules/the Amendment Rules proposed under the CPA. However, given the pro-competitive effects that practices such as exclusive arrangements, cross-selling and self-preferencing can have it appears that a case by case assessment may be preferable to ex-ante regulation that the Amendment Rules seek to introduce. 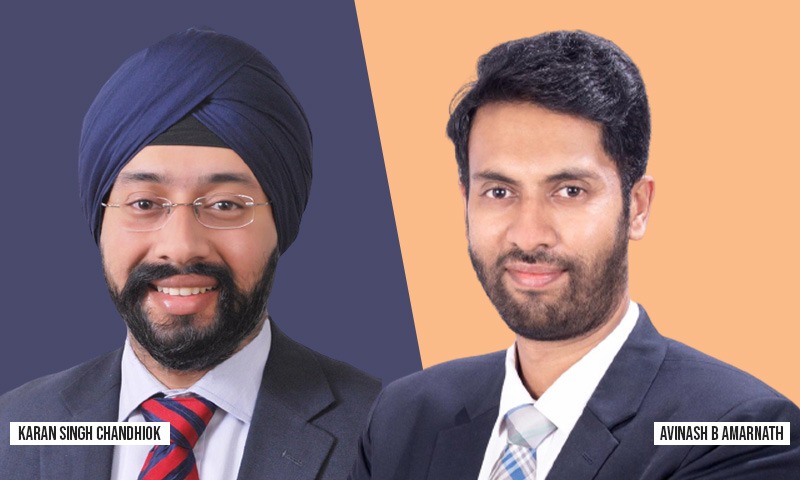 Avinash is a Counsel at Chandhiok & Mahajan and specializes in advising clients on all aspects of competition law. Avinash has experience in handling complex cartels and abuse of dominance investigations and has represented clients in several merger control matters requiring complex remedies.