The Tribunals Reform Ordinance, 2021 Abolishes IPAB In An Effort To 'Streamline' Tribunals 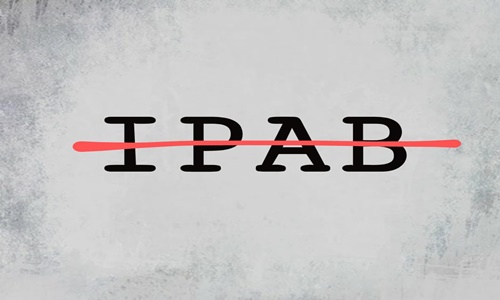 A recent bill was introduced in the Lok Sabha by Minister of State Finance, Anurag Thakur. The bill proposed to reform the appointment of members and chairpersons in tribunals set up under various laws. It further provides a mechanism for filing an appeal directly to the commercial courts or the High Courts, as the case may be[1], thereby dismantling various appellate tribunals including the Intellectual Property Appellate Board (IPAB) that is responsible for hearing appeals regarding patents, copyrights, trademarks and geographical indications.

The IPAB was established in the year 2003 under the Trademarks Act, 1999 for the "speedy disposal of appeals" including establishing a timeline of 3 months to file an appeal from the date the order passed by the Registrar of Trade Marks. The said provisions were adopted under the Patents Act, 1970, Copyright Act, 1957 and Geographical Indications of Goods (Registration and Protection) Act, 1999. However, contrary to the intent behind the inception of such tribunals, there was a significant delay in adjudication of disputes. Moreover, the IPAB was established with an aim to address the technical nature of matters pertaining to Intellectual Property Laws in a swift manner by appointing expert members to adjudicate complex matters of Intellectual Property Laws especially under Patent Law. However, the availability of such members proved to be a challenge and the vacancy of such positions impacted severely on the timely disposal of matters. In Novartis AG v. Controller General of Patents, it was argued that due to the absence of a technical member, the IPAB was unable to decide on appeals and revocations related to patents for five years.[2] Compulsory licensing cases under the Copyright Act have been similarly affected due to the non-appointment of a single technical member, as was promised when the functions of the Copyright Board were merged with the IPAB in 2017.[3] Similarly, even matters related to trademarks have faced delays due to the absence of a quorum of one technical member since more than two years. These discrepancies in forming quorum under the IPAB have resulted in an estimated backlog of 2626 trademark cases, 617 patent cases, 691 copyright cases and 1 geographical indication case as of April, 2020. [4]

It has been reported that in the 18 years of the IPAB's existence, there has been a cumulative lag of 1,130 days where the tribunal was without a Chairperson. This constitutes the considerable 597 days gap in 2018 between the retirement of Hon'ble Justice K.N Basha and the appointment of Hon'ble Justice Manmohan Singh among others.[5] However, one may pause to wonder whether the IPAB is to be blamed for the interlude between appointments, a responsibility vested with the Government. When the High Courts and the Supreme Court itself have failed to evade the repercussions of governmental delays in appointments, will scraping the IPAB be as beneficial after all?[6]

On the other hand, legal experts on the matter have often emphasized on the importance of a minimum quorum of one technical member in matters related to patents, as prescribed by the law[7]. In a recent coverage by the Times of India,[8] an IP lawyer stated that the tribunals have been "rather speedy in disposals and the transfer back to the high court may lead to additional burden on such courts, where their commercial division deals with varied commercial matters (not limited to intellectual property), and often do not have the requisite technical support (mainly in patents)". To this, the section of the legal community who believes that the streamlining of tribunals is well-reasoned threw light on the current situation of the IPAB with regard to its quorum requirement of one technical member.

While the bill could not be taken up for consideration and passing in the Budget Session 2021, by virtue of exercising its powers vested under Article 123 of the Constitution, the Centre introduced an Instant Ordinance[9] to the same effect.

According to the 2021 Ordinance, amendments have been made to the Finance Act of 2017 hereby empowering the Central Government to appoint the Chairperson and Members of the Tribunals on the recommendation of a 'Search-cum-Selection Committee' which shall be headed by the Chief Justice of India or a judge of the Supreme Court nominated by the CJI.

More importantly, the Intellectual Property Appellate Board (IPAB) under the Trade Marks Act, 1999, has been scrapped by deleting Section 83 of the said act along with a few other provisions. In the revised act, powers of the IPAB including but not limited to hearing appeals on trademark-related cases has been transferred to the High Court/ Commercial court.

IMPLICATIONS OF THE ORDINANCE

The instant implication to scrap Tribunals including the IPAB will be the reduced cost of infrastructure on the government once the Tribunals have been abolished. As per litigants, it would be reduction of legal costs and time, since IPAB was merely an addition to the hierarchy, as orders passed by IPAB were ultimately challenged by way of a Writ Petition before High Courts.

On the other hand, the powers of the IPAB and other tribunals are shifted to the High Courts and the Commercial Courts of the high court division without guidelines to fast-track these matters, it is safe to assume that the matters will face equal level of procedural scrutiny and the courts will face an equivalent amount of burden.

If expedited proceedings and economic efficiency was the very reason for establishing the Tribunals in the first place, then one wonders if the same reasons are justified to abolish those very Tribunals.

It remains to be seen how High Court deals matters of extremely technical nature since earlier dealing with the technical aspect of the case fell outside the purview of the High Courts; a duty was carried out by the technical member of the IPAB. The 2021 Ordinance, doesn't specify protocols for technical members to assist the Courts in order to optimally address the questions of fact surrounding matters of technical subjects. It may be assumed that the role of expert opinions on technical issues could likely gain demand.

In conclusion, it is clear that a reduced number of forums especially while such forums were known to impede express disposal of matters, will be a favorable outcome for IP matters. It will be interesting to see how Courts put necessary guidelines to deal with such proceedings. Due to the transfer of powers, it is certain that there will be differences of opinion on various issues of IP including differential fixation of tariff under Section 31 D of Copyright Act, 1957 by various commercial courts in the country. This might lead to confusion and raise administrative issues amongst the rights owners and broadcasters.

Ragini Shah is a Partner at Literati Juris. Views are personal.

[7] Section 84(2), Trade Marks Act,1991: Subject to the other provisions of this Act, a Bench shall consist of one Judicial Member and one Technical Member and shall sit at such place as the Central Government may, by notification in the Official Gazette, specify.