The Onslaught Of COVID-19 On A Secured Childhood 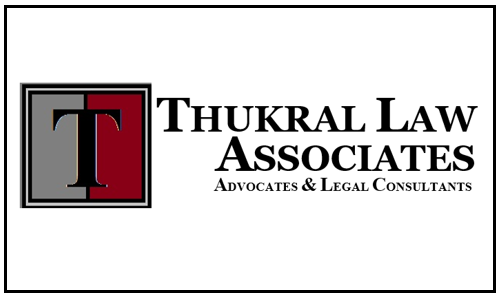 If a nation wants to secure a prosperous future, it probably needs more than just capital; minds that can employ it to create an asset that may ensure progression. These minds are those belonging to the nation's progenies. Unfortunately, for more than a triggering a number of children in India, the second wave of covid19 came as a frost on the lenses of their clear future, making it...

If a nation wants to secure a prosperous future, it probably needs more than just capital; minds that can employ it to create an asset that may ensure progression. These minds are those belonging to the nation's progenies. Unfortunately, for more than a triggering a number of children in India, the second wave of covid19 came as a frost on the lenses of their clear future, making it blurry at best. The plight of these vulnerable souls and in worse cases incomprehensible ones is such, that after losing their natural guardians to the pandemic, they are not only left in a state of mental trauma but also with great insecurity of ever being able to belong.

As much as social media proved to be of aid in these difficult times, it has also attracted the selfish agendas of people. Though it is unethical to put up advertisements for these poor lives without specific security measures, what people have failed to realize is that it is also illegal and can lead to adverse consequences. The Juvenile Justice (Care and Protection of Children) Act, 2015 specifies the framework of the legislation of child protection in India. The said Act came into force in the backdrop of ever-increasing cases of child trafficking, abandonment, domestic violence, abuse and unaccountability of the culprits. The Juvenile Justice Act and the rules laid thereunder invites punishment to three years and a fine of Rs. 1 lakh or both. While it is understandable on the part of people being sympathetic and eager to help, it must be taken into account that even the best intentions cannot always yield beneficial results. In this confusing state of affairs, the only way to prove to be a well-wisher is to report such instances of potential adoption and treatment and most importantly not to indulge and share such forwarded messages. Neglecting this duty may not only land you in a place of trouble but can also fuel the ill-intentions of the possible predators out there.

The rate of affectation like in most of the other problems are relatively higher amongst the poorer sections of the society catering to the alarming number of added factors such as lack of awareness, financial restraints, unapproachability to legal aid and system's laidback outlook. Owing to the helplessness and lack of reach, these children often go unnoticed and are likely to fall prey to rackets of child trafficking and prostitution in the case of minor girls. Hence, more than ever, it is in this the dire state of need that the system proactively keeps a check on such cases and ensures that the legitimate statistical data is maintained.

Adoption in such heart-rending cases has always been seen as the best way out yet is not the only option. What children in like cases require is something known as 'Kinship care'. Over the years it has been seen and observed that children who face separation from their parents due to some natural disaster, death or desertion, suffer an acute emotional trauma. Getting out of this state of mind in itself is a very tedious task, as much as it is to adjust in a completely different environment on being adopted. The right choice here is to provide kinship care and let the children thrive within the boundaries and protection of the birth family.

In such unfortunate circumstances as the ones which have risen out of the infamous virus, the mental health of people is already being compromised. One can only contemplate the state of mind these recently orphaned children must be in. To not compromise it any further, the State should inculcate such kinship care schemes where the children should be allowed to grieve and be comfortable with the people they are related to and are not forced to move on with heavy blots in their minds.

However, even the relatives and acquaintances of the bereaved children who have lost both their parents to the pandemic and are willing to adopt them whole heartedly have to go through a legal procedure set by the legislature. This must be done in order to protect the children from any undue influence and problems associated with property rights, child marriage, educational rights and possible abandonment in future. Not only is this the right thing to do but is also a mandatory prerequisite to attain their guardianship from the state.

The Juvenile Justice act sets forth the complete procedure to adequately deal with and help those children to find a forever home, who have lost their parents and are in need of care and protection. The Act is secularly colored to provide a wider scope for the prospective adoptive parents irrespective of their caste, creed, religion, place of birth as well as nationality. As a procedural mandate under the said act, once the child is recovered by an outreach agency, it is their duty to produce the child before the Child Welfare Committee (CWC) of its district within a window of 24 hours. The CWC after making due diligence as to the status of child, decides whether to send the child to a children's home, fit facility or a fit person. However, a child below 6 years of age is placed in a specialized adoption agency owing to his/her tender age. These children then become state's responsibility and are kept under its care and protection till they attain majority.

The Supreme Court in the case of Sampurna Behrua V Union of India (2018), directed all the states and union territories to ensure mandatory registration of all child care institutions. The Court further observed that "…There is a lot to be said with regard to Child Care Institutions. Many of them are housed in run-down buildings and are hardly conducive to comfortable living even to a minimum degree. State Governments must appreciate that they are not doing any charity by putting up children in Child Care Institutions – they are merely performing their statutory and constitutional obligations. There is, therefore, an urgent need to make an evaluation and assessment of all the Child Care Institutions in every State to ascertain their condition, the infrastructure requirements and staffing requirements. Children live in these Institutions, not because they want to but because they have no other option, since most of them are children in need of care and protection. The obligation of society is to provide solace and comfort to these children and adherence to the minimum standards of care. Model Rules contain details for improved Child Care Institutions and their requirements. The State Governments have merely to adhere to these minimum requirements…"

Despite the aforementioned direction of the Supreme Court, the states have clearly failed to oblige with its duty towards the innocents. Only because the voices of these innocent souls are shunned down, it does not negate the fact that they too are entitled to basic human as well as fundamental rights provided by the constitution. The state being the legal guardian for these children should instead take up the role of a foster parent and provide for them until they find their place in the world.

Recently, Delhi High Court has issued notices to the central government and the government of Delhi directing them to ensure and safeguard the interest of the Children who have lost their parents to Covid-19 and who do not have anyone else to take care of them and face the risk of being trafficked. This direction has been passed in light of hundreds of lives being lost on a daily basis.

As per a UNICEF survey, India currently has more than 30 million orphan and abandoned children. Tragic parental deaths added obscure number of orphans to the rundown. Numerous children escaped monitoring by the official machinery due to the breakdown of the systems amidst this second wave. Even when we don't have a clear figure as to the number of these young victims, the existing child-support centers and orphanages are almost filled up and over-flooded with such catastrophic cases which leaves us in a dilemma relating to the adjustment and protection of all the children. It is the need of the hour that the states should collaborate with the respective NGOs and also sponsor them for the purpose of expansion and up-gradation.

Desperate times need immediate actions and more so in such fragile cases. The government is overwhelmed with the rising challenges that this Pandemic brings with itself. It is officially that time when we as responsible citizens of this nation, must leave the comfortable couches of spectators and step into the battlefield with our metaphorical first-aids and ensure that no such case in sight goes untreated. 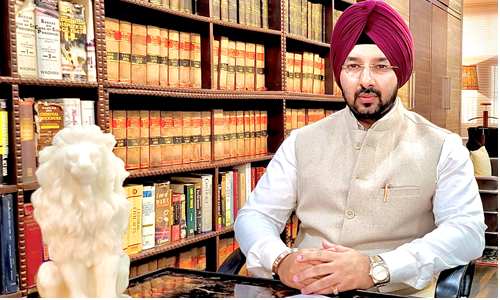 Karan S.Thukral is a good strategist and has excellent reputation in NRI Laws, specifically matters relating to Inter-Country laws and regulations.Views are personal