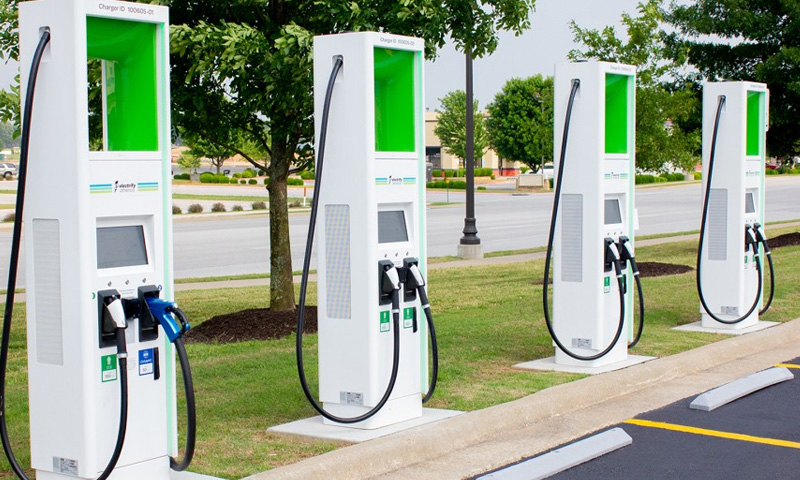 The power is one of the most important infrastructure of any nation and our country has one of the most diversified power sectors in the world and its sources includes coal, natural gas, nuclear power, oil, wind, solar and domestic waste as well.

In the year 1910, the first central act came on electricity which was replaced by the Electricity act 2003 and introduced a legislation that addressed the needs of the changing times. Following that, the Electricity Amendment Bill, 2014, and the new Electricity (Amendment) Act, 2018 attempted to amend the Electricity Act, 2003. Both past and current laws have been covered in this section.

The Indian Electricity Act, 1910: The Indian Electricity Act of 1910 (1910 Act) was the first law governing the generation, supply, and distribution of electricity in India. The 1910 Act allowed for the issuance of a licence to someone who wanted to supply energy in a specific region, as well as the supply of energy by non-licensees with the government's permission in some circumstances. Provisions were made to make the installation of electric supply lines and the completion of works by such licensees easier.

The aim of the Electricity Act is to:

Pursuant to the recommendations of the Standing Committee on Energy, the Ministry of Power introduced a draft Electricity (Amendment) Act, 2018 (2018 Bill) in September, 2018. We have dealt with certain significant aspects of the 2018 Bill below:

1.Separation Of Distribution And Supply

The 2014 Bill had mooted the idea of segregation of the distribution and supply business in order to promote competition and efficiency in the sector. The 2018 Bill proposes major improvements to the 2014 Bill in order to separate the delivery and supply market, or carriage and content as it is commonly known. It is suggested that state governments be given the authority to devise a scheme for separating carriage and material. The proposal's main goal is to provide customers with the option of buying electricity from several supply licensees. The separation of carriage and content could be extremely beneficial to the industry because it would encourage competition among stakeholders. However, it is critical that the criteria that the state governments would use to decide the segregation scheme are established.

The current government has put a strong emphasis on promoting renewable energy as a source of energy. A national renewable energy strategy will be drafted, according to the 2018 Bill. Furthermore, those companies that generate and distribute electricity using renewable energy sources will be excluded from the Electricity Act's licensing requirements. Both a renewable purchase obligation (RPO) and a renewable generation obligation (RGO) were introduced in the 2018 Bill (RGO). The RPO is identical to the duty that states currently impose under their individual regulations. A main insertion is a clause that imposes a particular penalty if the RPOs are not followed. The penalty is based on the number of units missed in reaching the RPO. In terms of the RGO, coal or lignite-based thermal generating stations must produce, acquire, and sell a certain amount of renewable energy-generated electricity. The RGO's amount will be announced by the government.

One of the main reasons for establishing a captive generating plant is to avoid paying cross-subsidy charges. It's worth noting that in order to qualify as a captive generating facility, users must meet the requirements set out in the Electricity Act and the regulations that follow. The 2018 Bill, on the other hand, suggested gradually eliminating tariff cross-subsidization. The plan is to gradually reduce the tariff until it is fully abolished within 3 years according to the Appropriate Commission's decision. The Appropriate Commission will be required to ensure that tariff cross-subsidization to customers within the distribution region does not exceed 20%. The 2018 Bill proposes that a minimum wage be established in1 year, the cross subsidy was reduced by 6%.

According to the 2018 Bill, the Central Commission and State Commissions must take measures to promote and grow smart grids. The Central Electricity Authority may define a smart grid as an electricity network that uses information and communication technology to gather data and act intelligently in an automated manner to improve the performance, reliability, economics, and sustainability of electricity generation, transmission, and distribution. The aim of a smart grid is to maximise productivity in terms of electricity production, transmission, and distribution. The implementation of a smart grid would significantly reduce losses in the industry. To prevent any violations of data gathered by smart grids, the government will have to ensure that appropriate security measures are in place. All things considered, the purpose of the Amendment seems to be in the positive direction. The government's actions would provide a much-needed reprieve for the power sector, which has been plagued by problems.

By 2030, India's total electricity demand from large-scale adoption of electric vehicles (EVs) is expected to reach 69.6 terawatt hours, generating an additional USD 11 billion in revenue for power utilities. EVs in India will play a key role in transforming the country's power sector and reducing emissions by 40-50 percent, according to experts assisting the nation in meeting its carbon reduction targets. This chapter examines the electric vehicle (EV) market, which is critical to giving India's power sector a boost. An overview of the country's EV environment, as well as the future regulatory landscape that will emerge. Electric vehicles (EVs) are becoming more common in India's transportation market assisting with the National Mission Plan for Electric Mobility (NEMMP) in 2013, as well as the Faster Adoption and Development of Electric and Hybrid Vehicles 2015 (FAME) scheme. The aim of NEMMP is to by ensuring national fuel protection promoting electric and hybrid vehicles India's automobiles It has established a precedent 6-7 million dollars in revenue is the target Every year, thousands of hybrid and electric vehicles are sold starting in 2020. FAME helps to assist in the growth of a business and a manufacturing industry hybrid/electric eco-system by concentrating on vehicles development of technology, development of market, pilot projects, as well as facilities for charging. The foregoing factors, when combined, schemes aimed at boosting the EVs as a percentage of total vehicles in India. By 2030, car sales will have increased by 40%.Unfortunately, the pace of growth has been slower than anticipated, owing to concerns about charging given the lack of adequate charging stations at present. Private players are also hesitant to invest in the development of new products and running such stations because they do not expect a lot of revenue due to the current low EV consumption in the situation.

In order to promote a smooth and efficient transition to EVs in the Indian automobile market, several policy issues in the power sector must be addressed:

Certain policy issues must be looked into when it comes to the charging aspect with respect to EVs, which is fundamental in their functioning. Such issues are as follows:

The electric vehicle environment in India will gradually change over time. In order to keep up with this radically new paradigm, both business and government would need to change their mindsets. Regulation would have to evolve to keep up with changing circumstances. By 2020, India's total electricity demand from electric vehicles (EVs) was estimated to be about 79.9 gigawatt hours (GWh), increasing to 69.6 terawatt hours (TWh) by 2030.