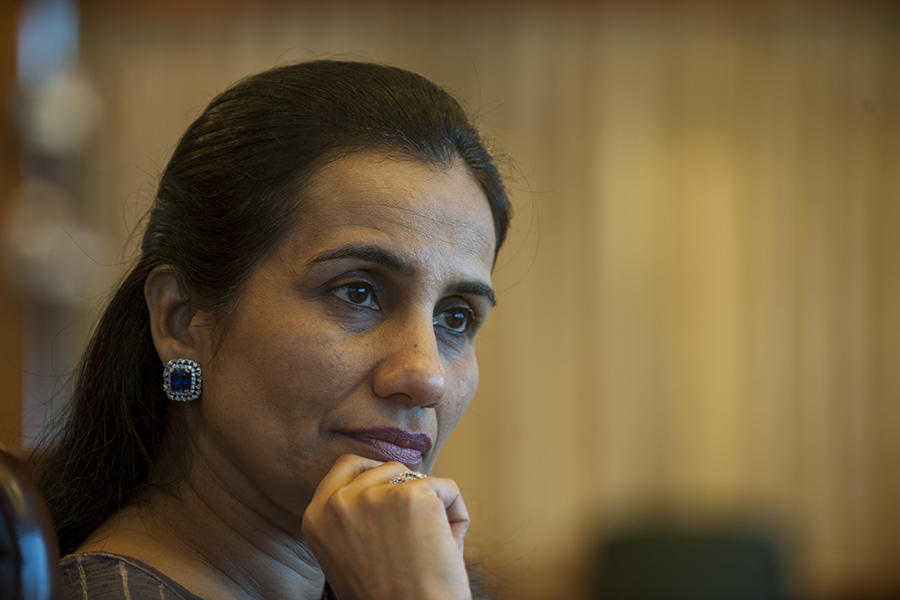 The Supreme Court on Friday was informed by the ED that no coercive action would have proceeded against former ICICI Bank CEO and MD Chanda Kochhar in a money laundering case.

The bench of Justices S. K. Kaul, Dinesh Maheshwari and Hrishikesh Roy was told that the agency would not take any coercive step in connection with the ICICI Bank-Videocon Group loan case. "Although there is a sword hanging on your head, there is no hurry as such", said Justice Kaul.
"There has been complete exoneration by the PMLA authorities", advanced Senior Advocate Mukul Rohatgi, appearing for the petitioner.
Noting that SG Tushar Mehta was engaged in another court, the bench adjourned the matter, recording that the earlier arrangement would continue until then.
Proceeding to the next connected matter challenging the arrest of Kochhar's husband, who is in jail in the matter, Advocate Zoheb Hossain sought to contend, "There is an abuse of the process of law. I will show"
"Then argue! I am ready", responded Mr. Rohatgi.
Again, on account of the SG being unavailable, the bench adjourned the matter, noting that interim protection is already in place.
"Just one request. One issue is of the default bail of the husband. But application for regular bail is coming up before the trial court on Monday. Could Your Lordships please make the observation that the application be heard on Monday? Otherwise it will become redundant", urged Mr. Rohatgi.
The bench stated that the pendency of the bail application before the Supreme Court would not come in the way of the trial court in deciding the application for regular bail.
The third matter was the SLP against the March 5 judgment of the Bombay High Court dismissing as not maintainable Kochhar's writ petition challenging her termination order and the RBI communication signifying its approval to the termination.
"The lady was the head of the ICICI bank. She resigned and her resignation was accepted. After it was accepted, it was converted into a termination. By virtue of section 35B of the Banking Regulation Act, prior consent of the RBI is needed! Now they are saying that the writ petition is not maintainable and the petition was dismissed!", pressed Mr. Rohatgi.