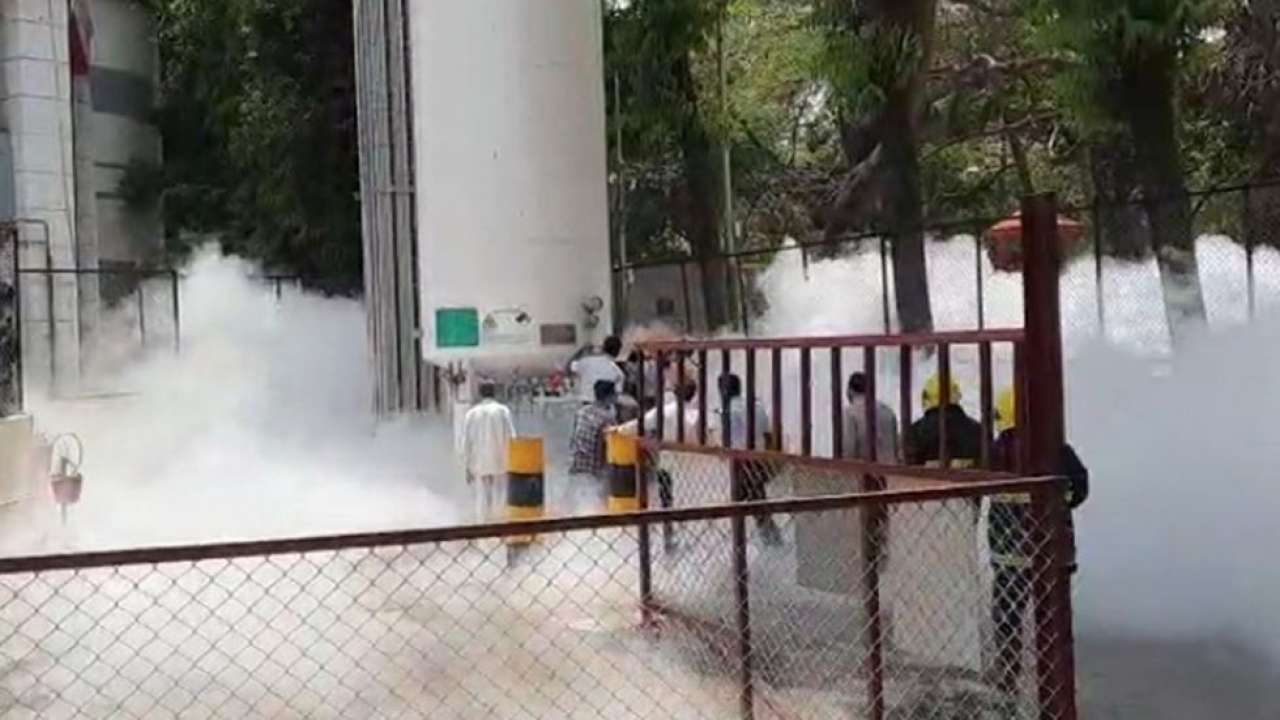 A PIL has been filed before the Supreme Court seeking an independent judicial enquiry into the tragic Nashik oxygen leak case, that consumed the lives of about 24 patients yesterday.

The petition has been filed by a Mumbai based NGO, Save Them India Foundation through Advocate Vishal Tiwari.

At least 24 patients on life support died after a leak in the main medical oxygen tank disrupted the supply of the gas at Dr. Zakir Hussain Hospital in Maharashtra's Nashik on Wednesday.

Initial inquiry by the State attribute the leak to a valve malfunction and a high-level inquiry has been ordered to ascertain if there was any negligence on part of the hospital administration.

The Petitioner alleges that the incident was the result of negligent action of the hospital authorities.

"The country on the other hand is witnessing deficiency pertaining to the medical equipment along with failed distribution policy leading to greater consequences and on the other hand, negligent action of the hospital authorities leading to leakage of oxygen and death of covid patients," the plea stated.

The Petitioner seeks registration of a FIR in the matter under Sections 304 (culpable homicide not amounting to murder) and 304A (Causing death by negligence) of IPC and an independent probe into the incident by a three-member Enquiry Commission under the Chairmanship of a Retired SC Judge and two retired HC judges.

The Petitioner also prays for establishment of a High Powered Committee in every State, to monitor the channelized and administered distribution policy of medical facilities to COVID 19 patients.

The PIL-Petitioner states that the said incident is a violation of fundamental rights of the citizens of this country prima facie the right to health care right to life enshrined under Article 21 of the Constitution of India.

"Each and every citizen of this country isn't getting access to the reasonable health care that this government promises to deliver," the plea further states pointing to the acute shortage of medical facilities across the country, especially for Covid-19 patients.

Referring to shortage in supply of oxygen, and essential anti-viral drugs like Remdesivir, etc., the plea states,

"Hospitals are overcrowded and there is a severe dearth of medical oxygen in several hospitals across the country. While people are forced to fight this battle on their own to fend for oxygen cylinders, the question that arises is, who is accountable for this shortage?"

The non-action and reluctance on the part of the Respondents by not initiating any channelized and administered distribution policy for the remdesivir drug and medical oxygen has actually resulted in the greater consequence in the form of illegal black market and illegal hoarding leading to greater arbitrary rise of price and such is not reaching to each and every citizen of the country, the NGO avers.

It is urged that a direction be made to all the State Governments to channelize and administer the distribution policies of medical equipment and to formulate a High powered Committee in every State which shall monitor distribution of medical facilities like Oxygen Supply, Allocation of Hospital Beds and Supply of Remdesivir Drug, to the COVID 19 patients.