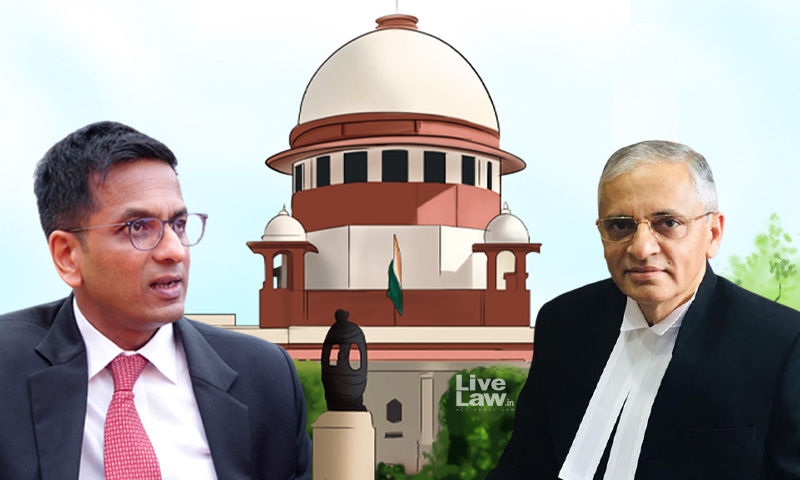 The bench orally indicated that it does not want to deal with the case when the judges hail from the states which could be impacted by the case.

"Both Justice Bopanna and I have had a word in this regard…judges before whom this matter has previously come to be listed have also recused (on similar grounds of hailing from the states party to the dispute)", Justice Chandrachud told the advocates.

Justice Chandrachud is from Maharashtra and Justice Bopanna is from Karnataka.

When advocates urged that the hearing in the matter has been underway for 2-3 years now and that the fact that the judges belong to these states is of no consequence, Justice Chandrachud went on to remark, "Day in and day out, we are hearing matters (to which any particular state is party)…but here, judges have withdrawn in the past…we do not want to be a target of invective that that we have heard this matter…"

CJI Ramana had stated that he belonged to both the states and therefore did not want to adjudicate upon the matter legally.

"I don't want to hear this matter legally. I belong to both the states. If the matter can be settled in mediation, please do that. We can help with that. Otherwise I will transfer this to another Bench," the CJI said.

"I wish that both of you convince your Governments and settle the matter. We don't want to interfere unnecessarily," the CJI told the lawyers appearing for the States.

After an amicable settlement failed in the case, CJI Ramana recused from hearing the case on merits.

The Court was hearing a writ petition filed by State of Andhra Pradesh over a dispute with the State of Telangana regarding sharing of Krishna river water.

The petition arose out of the allegation against the State of Telangana of indiscriminately drawing water for power uses contrary to the rules of the integrated operation of the Reservoirs and the provisions of the 2015 Agreement.

It sought a direction to the Union of India to notify the Krishna River Management Board's (KRMB) jurisdiction under Section 87 of the Andhra Pradesh Reorganisation Act, 2014. It also sought directions to KRMB to comply with the Krishna Water Disputes Tribunal (KWDT-I) decision until their jurisdiction is notified.