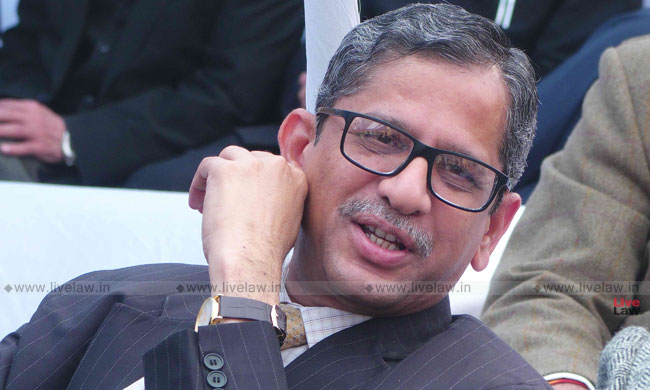 The Executive Committee of the Supreme Court Bar Association has issued a statement, "strongly condemning" the letter written by Andhra Pradesh Chief Minister Jagan Mohan Reddy to the Chief Justice of India, wherein he has alleged Justice NV Ramana of interfering with the administration of justice by the State's High Court.

"Such actions by constitutional functionaries are opposed to conventions causing serious inroads, impacting the independence of the judiciary as enshrined in th Constitution of India," the Committee said.

It has also opposed the releasing of this letter in "public domain" as it may impact judicial independence.

The Andhra Pradesh High Court has ordered a CBI inquiry into cases registered for defamatory remarks against Judiciary, by YSRCP leaders.

On October 11, Y S Jagan Mohan Reddy, the Chief Minister of Andhra Pradesh, wrote a complaint to the Chief Justice of India, S A Bobde, alleging that some High Court judges are attempting to protect the interests of the major opposition party, Telugu Desom Party, in politically sensitive matters.

A striking feature of the complaint - details of which were revealed to the media in a presser by Ajaya Kellam, the advisor of the CM, on Saturday evening - was that it had accused senior Supreme Court judge, Justice N V Ramana, who is next in line to be the Chief Justice of India, of influencing the administration of justice in the High Court.

Inter alia, a plea has also been moved before the Supreme Court stating that the contents of Reddy's letter have put the confidence of people in Judiciary at stake.

Another PIL seeks Reddy's removal from the of the Chief Minister for "misusing his position and power as a Chief Minister by making a false, vague, political and scandalized remarks and allegations openly in the public and media against the senior most sitting judge of this Hon'ble Court and render Justice."