Directions For Special MP/MLA Courts Don't Mean Cases Triable By Magistrates Are To Be Transferred To Sessions Court : Supreme Court 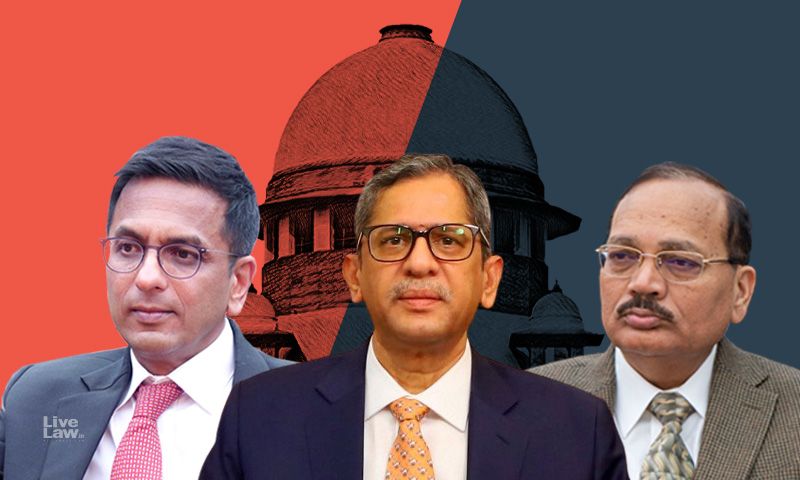 The Supreme Court on Wednesday clarified that its directions to create special courts for trial of criminal cases against sitting and former MPs/MLAs cannot be construed to mean that cases triable by Magistrates as per the Indian Penal Code and the Code of Criminal Procedure are to be transferred to the Sessions Court.

Accordingly, a bench comprising the Chief Justice of India NV Ramana, Justice DY Chandrachud and Justice Surya Kant interfered with a notification dated 16.08.2019 issued by the Allahabad High Court to transfer the cases pending against legislators from Magistrates to the Special MP/MLA Courts created at the Sessions Courts level.

The bench clarified that its directions were not meant to supplant the jurisdictional provisions contained in the Code of Criminal Procedure, 1973 or any other special enactments regarding the trial of offences.

"The directions of this Court mandate the assigning and allocation of criminal cases involving former and sitting legislators to Sessions Courts or, as the case may be, Magisterial Courts. This has to be in accordance with the governing provisions of the law as applicable", the Court said in the order.

"Consequently, where a case is triable by a Magistrate under the Penal Code, the case would have to be assigned/allocated to a court of a Magistrate vested with jurisdiction and the Order of this Court dated 4 December 2018 cannot be construed as a direction requiring the trial of the case by a Sessions Court", the Court added.

The Court emphasized that its Order dated 4.12.2018 makes it abundantly clear that instead of designating one Sessions Court and one Magisterial Court in each District, the High Courts were requested to assign and allocate criminal cases involving former and sitting legislatures to as many Sessions Courts and Magisterial Courts as each High Court would consider appropriate fit and expedient.

The bench passed the direction in applications filed by Samajwadi Party leader Azam Khan, who prayed that the cheating cases filed against him be tried before the Magistrate Courts as per the CrPC, instead of being transferred to the Sessions Court as per the notification issued by the Allahabad High Court.

The bench noted that the in the State of Uttar Pradesh, no Magisterial Courts have been designated as Special Courts for the trial of cases triable by Magistrates in terms of the directions of this Court dated 4 December 2018.

"The Notification issued by the High Court of Judicature at Allahabad on 16 August 2019 is based on an evident misconstruction of the directions contained in the order of this Court," the Supreme Court said.

Therefore, the Court ordered the Allahabad High Court to allocate criminal cases involving former and sitting legislatures to as many sessions courts and magisterial courts as required.

"We further direct that cases triable by Magistrates which are pending before the Sessions Court in view of the Circular dated 16 August 2019 shall stand transferred to the Court of competent jurisdiction. However, the entire record and proceedings shall be transferred to the Court of the designated Magistrate and the proceedings shall commence from the stage which has been reached prior to the transfer of the proceedings, as a consequence of which the trial shall not have to commence afresh," the Court further ordered.

Earlier, Senior Advocate Kapil Sibal, appearing for Azam Khan, had argued that the transferring of cases triable by Magistrates to the Sessions Court was in violation of the procedure established by law.

He highlighted the following points :

Sibal relied on the precedents State of West Bengal v Anwar Ali Sarkar 1952 SCR 284, A.R. Antulay vs R.S. Nayak to buttress his arguments. Sibal said that more than the losing of the right to appeal, his emphasis was on the violation of right to equality. There is no dispute that Special Courts can be created for a class of offences or offender, but the jurisdiction must be as conferred by the statute, Sibal argued.

Amicus Curiae Vijay Hansaria has submitted a report stating that it was not illegal to allow Special Courts at Sessions Level to handle cases triable by Magistrates. He pointed out that in 2G scam cases and coal block cases, the Supreme Court had transferred the cases to Special Courts. The Amicus argued that the right to appeal was not lost, as appeal lies to the High Court from the Sessions Court.

Additional Solicitor General SV Raju argued that Magistrate doesn't have exclusive jurisdiction as per the code. To buttress this argument, the ASG cited Section 323 CrPC, as per which ca Magistrate himself can transfer a case to sessions court. The ASG also referred to Section 228 CrPC in this regard.
Click here to read/download the order