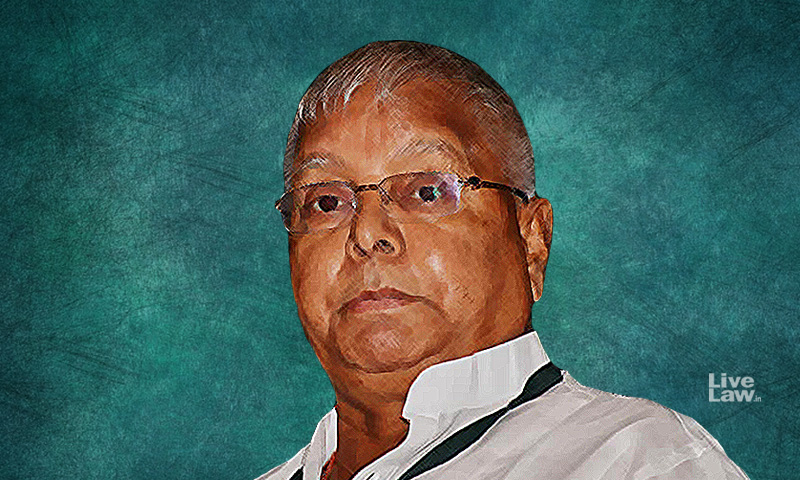 The Supreme Court on Friday issued notice to Rashtriya Janata Dal (RJD) Chief Lalu Prasad Yadav on a plea filed by the Central Bureau of Investigation (CBI) challenging the bail granted to him by Jharkhand High Court. The bench comprising of CJI SA Bobde and Justices BR Gavai and Surya Kant sought the former Bihar Chief Minister's response to the investigation agency's contention that the High Court had erroneously granted him bail in one of the cases related to the Fodder scam.

In July 2019, the Jharkhand High Court was of the view that having served three and a half years in prison, which is half his sentence, Yadav was eligible to be released on bail.

CBI however has challenged the same in their petition, calling him the kingpin of the Fodder scam. He was the main conspirator in the case and fraudulently misappropriated government funds using his official position. He fraudulently withdrew Rs. 89.27 lakh from the Deogarh treasury, in excess of actual allotments from the distric, in what was blatant abuse of power. His position of influence cannot be discounted, and thus bail must not be granted contests the CBI.