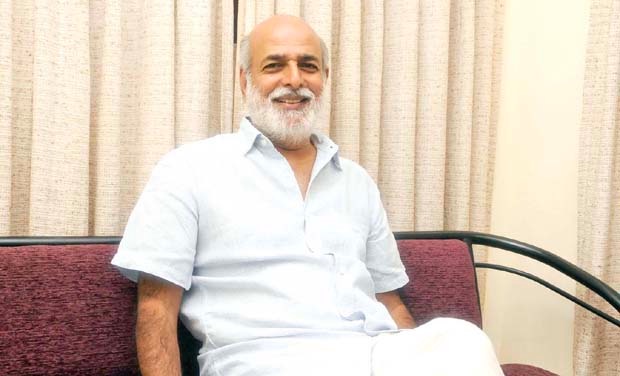 The Chairman and Editor in Chief of Asiaville News Sashi Kumar has filed an intervention application before the Supreme Court in in the ongoing case against Sudarshan TV for telecasting a show titled 'Bindass Bol'.

He contends that an attempt to project hate speech as part of freedom of speech protected under Article 19 is to be rejected and that one cannot assert a right to make a speech or telecast which falls within the ambit of offence under Section 153 of IPC cannot be asserted under Article 19.

"It is not possible either for the state or for the private players to justify a speech amounting to an offence in the guise of religious freedom or free speech. It is important to guard against State not only when curtails the freedom of speech but also when it encourages the hate speech in the guise of freedom of expression which is clearly against the ideology of Constitution"; Sashi Kumar says in his petition filed through Advocate on Record Nishe Rajen Shonker .

Apex Court bench comprising Justices D Y Chandrachud, Indu Malhotra and K M Joseph is hearing the plea which alleged that the show 'Bindas Bol' hosted by Suresh Chavhanke, the Editor-in-Chief of Sudarshan News, was communalizing the entry of Muslims into the civil services. On September 15, the court had stayed the telecast of the show after making a prima facie observation that 'the object intent and the purpose of the show was to vilify the Muslim community'.

Responding to this plea, the Central Government urged the Supreme Court to not lay down any guidelines for the regulation of mainstream electronic and print media, and to leave the same to be dealt with by the competent legislature. It highlighted that the "self-regulatory mechanism" for redressal of complaints against electronic broadcast channels are, by and large, "effective and ensures impartiality".

The Editor-in-Chief of Sudarshan TV had submitted an affidavit asserting that he has no ill-will against any community or individual and that there was no there is no statement or message in the four episodes broadcast that members of a particular community should not join UPSC.

The News Broadcasters Association, in its affidavit suggested that its Code of Ethics should be included under Rule 6 of the 'Program Code' of the Cable Television Networks Rules, 1994 by the Ministry of Information and Broadcasting to make the Code binding all news broadcasters, irrespective of membership of NBA.

The hearing will continue today.