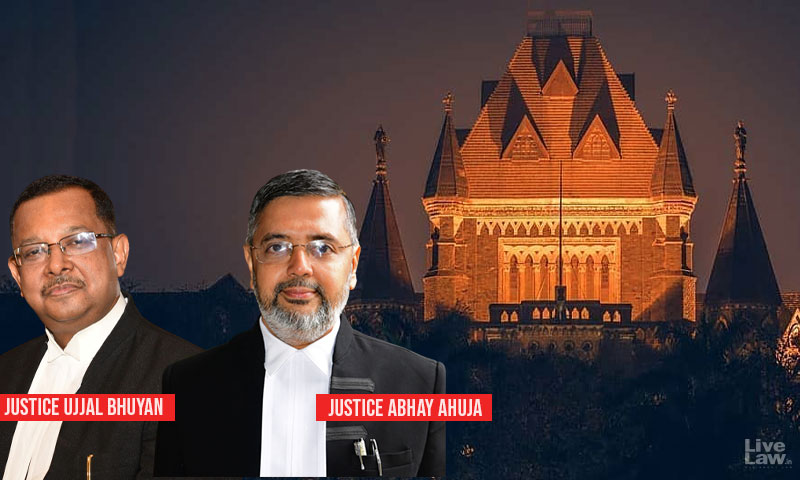 A division bench of the Bombay High Court has delivered a split verdict on the constitutionality of Section 13(8)(b) of the IGST Act, which imposes GST liability on services provided by intermediaries to persons located outside India.

While Justice Ujjal Bhuyan has held the provision to be unconstitutional, Justice Abhay Ahuja dissented. Justice Ahuja said that he will release a separate opinion on June 16, recording his reasons for disagreement with Justice Bhuyan.

As per Section 13(8)(b) of the Integrated Goods and Services Tax Act, the place of supply of intermediary services is deemed as the location of the supplier of the services. As a result of this deeming provision, the services given by intermediaries like agents, brokers etc., to overseas clients are brought under tax liability. The export of service by tan intermediary would be treated as intra-state supply of services under section 13(8)(b) read with section 8(2) of the IGST Act rendering such transaction liable to payment of central goods and services tax (CGST) and state goods and services tax (SGST).

The provision was challenged by one Dharmendra M Jain, who was running a proprietorship giving marketing and promotion services to foreign clients, contending that Parliament lacks the legislative competence to tax 'export of service' by deeming it as a local supply.

The petitioner submitted that his customers have no establishment in India and his consideration was received in foreign currency.

GST is an indirect tax. The cardinal rule of indirect taxation is that it must be capable of being passed on to the end receiver of the service. Therefore, it is trite that an agent cannot be burdened with GST.

The petitioner argued that this tax imposition on export of services is arbitrary and discriminatory resulting in violation of Article 14 of the Constitution of India. Also, the provision infringed the right to trade and business under Article 19(1)(g) of the Constitution.

The Union Government argued that there was legislative competence to enact the provision.

If place of supply was to be made the location of recipient,place of supply for all intermediaries located in taxable territory providing service to a person whose usual place of residence is outside India would be the location of the recipient i.e., outside India and thus such services would have gone outside the tax net. In matters related to taxation, Parliament has power to create deeming provisions.

Greater latitude has to be given to the Parliament or to the legislature while framing taxing statutes and that exercise of power to tax may normally be presumed to be in the public interest.

Justice Bhuyan held that the impugned provision runs contrary to the scheme of the GST Act.

"...by artificially creating a deeming provision in the form of section 13(8)(b) of the IGSTAct, where the location of the recipient of service provided by an intermediary is outside India, the place of supply has been treated as the location of the supplier i.e., in India. This runs contrary to the scheme of the CGST Act as well as the IGST Act besides being beyond the charging sections of both the Acts", he said in the judgment

The judge also said that the provision runs counter to the principle of GST being a destination based tax.

"The extra-territorial effect given by way of section 13(8)(b) of the IGST Act has no real connection or nexus with the taxing regime in India introduced by the GST system; rather it runs completely counter to the very fundamental principle on which GST i sbased i.e., it is a destination based consumption tax as against the principle of origin based taxation"

Last year, the Gujarat High Court had upheld the constitutionality of this provision. However, Justice Bhuyan observed that the decision of another High Court has no binding force and chose to disagree from it.

"Thus having regard to the discussions made above and upon thorough consideration, we have no hesitation in holding that section13(8)(b) of the Integrated Goods and Services Tax Act, 2017 is ultravires the said Act besides being unconstitutional", Justice Bhuyan said in conclusion.

Justice Abhay Ahuja wrote a one-page order stating that he was unable to persuade himself to share the opinion of Justice Bhuyan.

Case Title : Dharmendra M. Jani vs Union of India and others