[Motor Accidents Claims] Compensation For Loss Of Future Prospects Can Be Awarded In Cases Of Permanent Disablement Also: SC 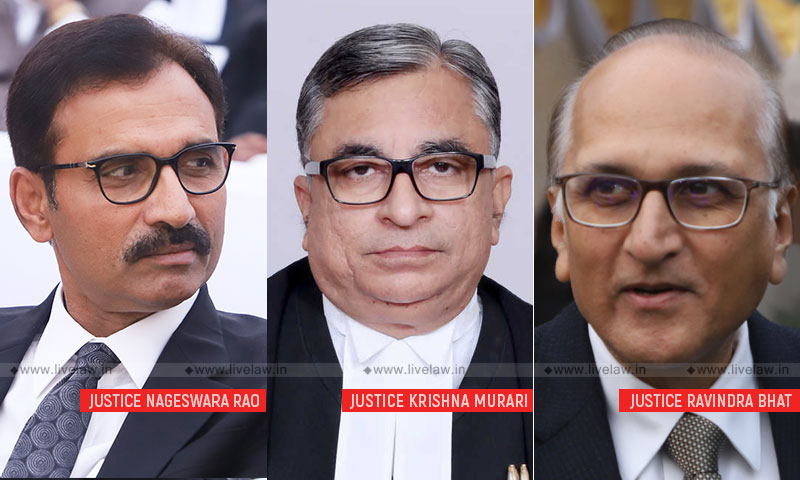 x
"Just compensation" should include all elements that would go to place the victim in as near a position as she or he was in, before the occurrence of the accident.
Your free access to Live Law has expired
To read the article, get a premium account.

The Supreme court has observed that compensation for loss of future prospects can be awarded in cases of permanent disablement incurred as a result of a motor accident.

The bench comprising Justices L. Nageswara Rao, Krishna Murari and S. Ravindra Bhat disagreed with the Delhi High Court view that addition in income towards "future prospects" can only be given in case of death, and not for injury. It observed that that the Courts should not adopt a stereotypical or myopic approach, but instead, view the matter taking into account the realities of life, both in the assessment of the extent of disabilities, and compensation under various heads.

The Apex Court considered the following issues in the appeal against High Court judgment: One, whether in cases of permanent disablement incurred as a result of a motor accident, the claimant can seek, apart from compensation for future loss of income, amounts for future prospects too; and two, the extent of disability.

On the first question, the bench noted that the High Court was not correct in excluding the possibility of compensation for future prospects in accident cases involving serious injuries resulting in permanent disablement. It said:

On the first question, the High Court no doubt, is technically correct in holding that Pranay Sethi involved assessment of compensation in a case where the victim died. However, it went wrong in saying that later, the three-judge bench decision in Jagdish was not binding, but rather that the subsequent decision in Anant to the extent that it did not award compensation for future prospects, was binding. This court is of the opinion that there was no justification for the High Court to have read the previous rulings of this court, to exclude the possibility of compensation for future prospects in accident cases involving serious injuries resulting in permanent disablement. Such a narrow reading of Pranay Sethi is illogical, because it denies altogether the possibility of the living victim progressing further in life in accident cases - and admits such possibility of future prospects, in case of the victim's death.

This court has emphasized time and again that "just compensation" should include all elements that would go to place the victim in as near a position as she or he was in, before the occurrence of the accident. Whilst no amount of money or other material compensation can erase the trauma, pain and suffering that a victim undergoes after a serious accident, (or replace the loss of a loved one), monetary compensation is the manner known to law, whereby society assures some measure of restitution to those who survive, and the victims who have to face their lives.

Courts should not adopt a stereotypical or myopic approach

In this case, the claimant, a 20-year-old data entry operator (who had studied up to 12th standard) had incurred permanent disability, i.e. loss of his right hand (which was amputated), which was assessed to be 89%. The tribunal and the High Court re-assessed the disability to be only 45%, on the assumption that the assessment for compensation was to be on a different basis, as the injury entailed loss of only one arm. Disagreeing with this approach, the bench observed:

"This approach, in the opinion of this court, is completely mechanical and entirely ignores realities. Whilst it is true that assessment of injury of one limb or to one part may not entail permanent injury to the whole body, the inquiry which the court has to conduct is the resultant loss which the injury entails to the earning or income generating capacity of the claimant. Thus, loss of one leg to someone carrying on a vocation such as driving or something that entails walking or constant mobility, results in severe income generating impairment or its extinguishment altogether. Likewise, for one involved in a job like a carpenter or hairdresser, or machinist, and an experienced one at that, loss of an arm, (more so a functional arm) leads to near extinction of income generation. If the age of the victim is beyond, the scope of rehabilitation too diminishes. These individual factors are of crucial importance which are to be borne in mind while determining the extent of permanent disablement, for the purpose of assessment of loss of earning capacity. "

"Courts should not adopt a stereotypical or myopic approach, but instead, view the matter taking into account the realities of life, both in the assessment of the extent of disabilities, and compensation under various heads. In the present case, the loss of an arm, in the opinion of the court, resulted in severe income earning impairment upon the appellant. As a typist/data entry operator, full functioning of his hands was essential to his livelihood. The extent of his permanent disablement was assessed at 89%; however, the High Court halved it to 45% on an entirely wrong application of some 'proportionate' principle, which was illogical and is unsupportable in law. What is to be seen, as emphasized by decision after decision, is the impact of the injury upon the income generating capacity of the victim. The loss of a limb (a leg or arm) and its severity on that account is to be judged in relation to the profession, vocation or business of the victim; there cannot be a blind arithmetic formula for ready application. On an overview of the principles outlined in the previous decisions, it is apparent that the income generating capacity of the appellant was undoubtedly severely affected. Maybe, it is not to the extent of 89%, given that he still has the use of one arm, is young and as yet, hopefully training (and rehabilitating) himself adequately for some other calling. Nevertheless, the assessment of disability cannot be 45%; it is assessed at 65% in the circumstances of this case."

Partly allowing the appeal, the bench enhanced the compensation to ₹19,65,600/-. While parting, the bench further observed:

"It needs to be underlined that Courts should be mindful that a serious injury not only permanently imposes physical limitations and disabilities but too often inflicts deep mental and emotional scars upon the victim. The attendant trauma of the victim's having to live in a world entirely different from the one she or he is born into, as an invalid, and with degrees of dependence on others, robbed of complete personal choice or autonomy, should forever be in the judge's mind, whenever tasked to adjudge compensation claims. Severe limitations inflicted due to such injuries undermine the dignity (which is now recognized as an intrinsic component of the right to life under Article 21) of the individual, thus depriving the person of the essence of the right to a wholesome life which she or he had lived, hitherto. From the world of the able bodied, the victim is thrust into the world of the disabled, itself most discomfiting and unsettling. If courts nit-pick and award niggardly amounts oblivious of these circumstances, there is resultant affront to the injured victim."