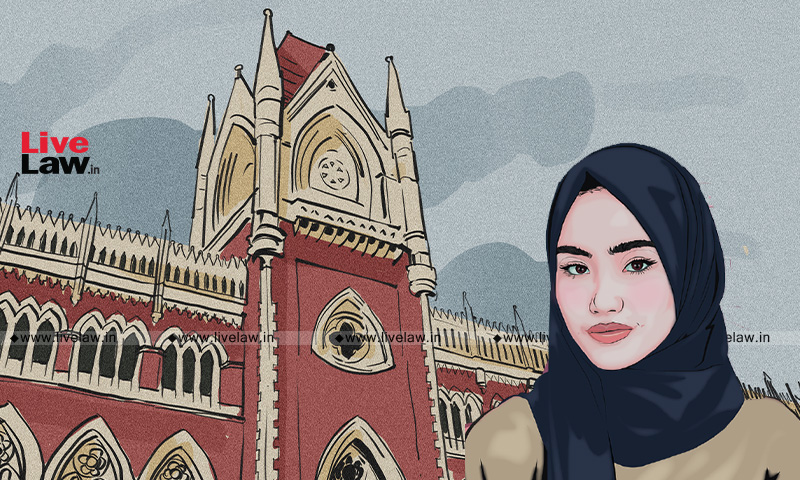 Following rejection of candidatures of several Muslim women from the West Bengal Police Recruitment process for annexing hijab (headscarf) clad photographs in their application forms, the Calcutta High Court on Monday made it clear that the recruitment process will be subject to its orders in the petition filed by aggrieved candidates.

"The petitioners question the rejection of their candidature for having applied with their respective photographs with head gear (hijab) as part of their religious practice when the face in the photograph is clear for necessary identification," Justice Arindam Mukherjee noted at the outset.

The Bench was dealing with a writ petition filed by a group of Muslim women, alleging that their application forms for recruitment had been rejected by the Recruitment Board since they were clad in a 'hijab' in the photograph submitted.

Noting that 'an important point falls for consideration in this writ petition', the Court ordered,

It noted that the instant matter can be decided on merits without filing of affidavits since there are no disputed claims.

Accordingly, the matter is slated to be heard next on January 6, 2022.

The West Bengal Police Recruitment Board (WBPRB) had conducted a preliminary examination to recruit constables in the State police force on September 26, 2021. Thereafter the Board had issued admit cards for the exam on September 6, 2021. It was alleged that close to 1000 Muslim girls had been left out of the recruitment process since the photographs they had submitted along with their application forms featured them wearing hijabs or headscarves.

The WBPRB 2020 guidelines stipulate that applicants' faces should not be covered in any way in the photos. "Applicants are advised not to upload images of other objects in place of photograph and signature. The photograph with face/head covering, sunglass/tinted glasses covering the eyes will not be accepted. Photographs cropped from 'groupies' or 'selfies' shall also be disallowed during the scrutiny," WBPRM guidelines 2020 reads.

However, the petitioners contended that the WBPRB 2019 guidelines do not make any such averment and that this is a newly adopted rule which infringes upon their fundamental right under Article 25 of the Constitution (right to freedom of religion).