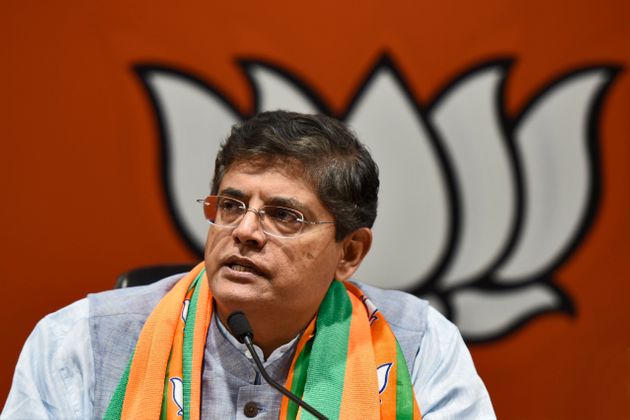 The Orissa High Court on Friday (20th November) refused to quash proceedings initiated against Odisha Infratech Pvt. Ltd. in a case of alleged grabbing of land belonging to people of Dalit community.The Bench of Justice B. P. Routray refused "to interfere with the criminal proceeding, more particularly at the stage of pending investigation and accordingly, the prayer of the petitioners...

The Orissa High Court on Friday (20th November) refused to quash proceedings initiated against Odisha Infratech Pvt. Ltd. in a case of alleged grabbing of land belonging to people of Dalit community.

The Bench of Justice B. P. Routray refused "to interfere with the criminal proceeding, more particularly at the stage of pending investigation and accordingly, the prayer of the petitioners is rejected and the Criminal Misc. Case is dismissed."

The company is accused of fraudulently purchasing more than 7 acres of land that reportedly belonged to members of Scheduled Caste community in Sarua village in Khordha district.

The Pandas had moved HC for quashing the FIR against them and OITPL as OITPL has been booked under the provisions of Scheduled Caste Atrocities Act, Odisha Land Reforms Act, Prohibition of Benami Properties Transaction Act and Income Tax Act.

On October 31, the Economic Offence Wing of Odisha Police registered an FIR in which it has been alleged that one Rabindra Kumar Sethi (opposite party No.3), a person from Dalit community ('Dhoba' by sub-caste), who once worked as a driver with Panda's company ORTEL Communication Ltd, was allegedly pressurized to purchase 7.294 acres of land from 22 Dalit people in Odisha's Khurda district between year 2010 and 2013.

It has been alleged that the said lands were originally recorded in the names of scheduled caste persons, which were purchased by opposite party No.3 (Rabindra Kumar Sethi) upon execution of many sale deeds at very low price, which is 50% lesser than the bench mark valuation.
However, the Possession of the land was never with Rabindra Kumar Sethi (opposite party No.30), rather the land was taken over by OITPL from him for Rs 65 lakh (declared Consideration), though allegedly, no actual amount was paid to him.

It has been alleged that petitioner No.1 company (Odisha Infratech) and others, by hatching the criminal conspiracy grabed the lands of scheduled caste persons for the benefit of company, taking advantage of the suppressed position of opposite party No.3 (Rabindra Kumar Sethi) and his financial, social and educational backwardness as well as of all the original tenants.

It has also been alleged that not only petitioner No.1 company along with others defrauded the original tenants to grab their lands, but also the opposite party No.3, who is also a scheduled caste person, by intimidating him for execution of the sale deeds as an intermediary purchaser in a fraudulent way.

The Counsel for the Company and others submitted that the FIR against them had been registered by State Government to settle a score, as OTV, owned by the Pandas, had broadcast a conversation of two friends relating to their COVID Hospital experience.

It was further submitted that all the offences alleged either under the Indian Penal Code or under the atrocities act are not made out and at best, the alleged action may attract offence under the Prohibition of Benami Property Transactions Act, 1988.

It was argued that the allegations made in the F.I.R. are so absurd and inherently improbable that no prudent person can ever reach a just conclusion of existence of sufficient ground for proceeding against the accused.

The petitioner's counsel also contended that the Government's Charter of Duties (Resolution No.6685 of 17.2.2012) does not authorize the EOW to investigate any offence concerning the provisions of S.C./S.T. Act and the Prohibition of Benami Property Transactions Act, 1988.

Lastly, it was also argued that the criminal proceeding against them is manifestly attended with malafideness and ulterior motive.

Further, it was submitted that the registration of the F.I.R. at the behest of the EOW Crime Branch and subsequent investigation by the said investigating agency is without jurisdiction.

"Perusal of the F.I.R. in bare eyes speaks that petitioner No.1 company through its different authorities and others has purchased the land in question from twenty two vendors, who all belong to scheduled caste community through opposite party No.3, who is also a member of scheduled caste community and then transferred it to the name of petitioner No.1 company."

The Court also noted that "on the question of fact, the allegations are clear and candid to speak against the petitioners."

"When the investigation is still continuing and at the beginning stage, the contention that materials are not justifying for investigation is thus not found correct. It also cannot be said that the allegations are so absurd or inherently improbable."

Regarding the Contention of Counsel of malafide intention of the State Government, the Court observed that "when there is no proof of payment of consideration amount for the land transaction to opposite party No.3 and he says that he has been threatened and intimidated to sign the documents or blank papers by the company and its authorities without any scope of knowing on what documents he has been compelled to sign or for what purpose, the contention of mala fide motive is found untrue."

The Court also made it clear that constitution of offence under the Prohibition of Benami Property Transactions Act is definitely in addition to the offences under other laws.

Lastly, no illegality, irregularity or loss of jurisdiction was found with the investigation by the Economic Offence Wing by the Court. Therefore, the petition was rejected.