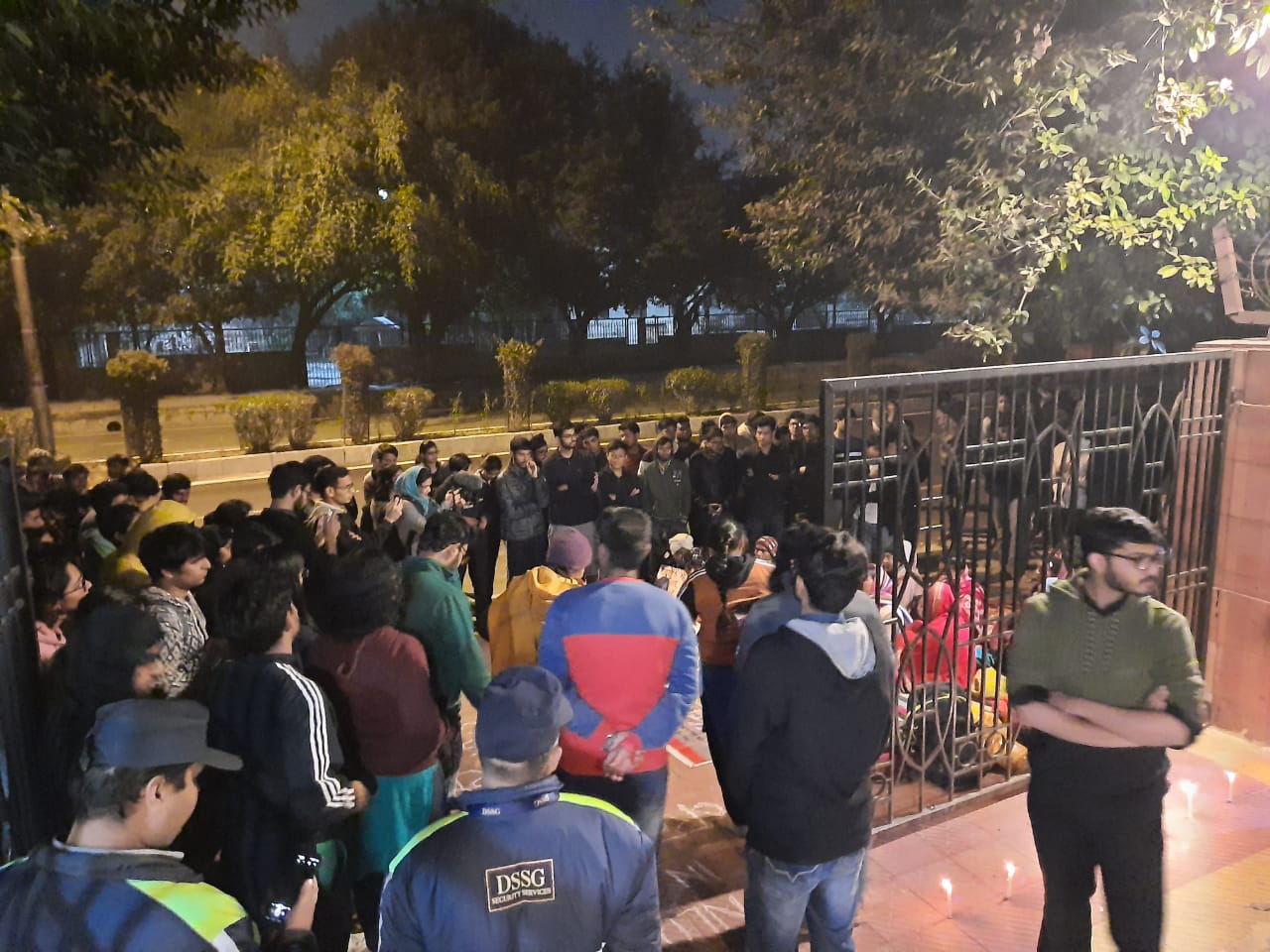 The Labour Ministry of the government of NCT of Delhi has asked the Vice Chancellor of NLU-Delhi to send a factual report regarding alleged wrongful removal of safai karamcharis by the University administration, within a week.

This is pursuant to a meeting held today, i.e. February 14, between the student protestors and the Labour Minister, Gopal Rai.

The notice requires the University to treat the matter on "most urgent" basis.

The students of NLU-D have been protesting against the wrongful termination of the safai karmacharis for over a month now.

The protest stems from the issue going back to December 2019 wherein 55 members of the house-keeping staff, engaged with White Fox and Golden, were terminated without any prior formal notice either from the University or the contractor, thereby purportedly violating labour laws. The University is said to have entered into a new contract with Rajendra Management Group (RMG), who had agreed to take on 10 out of the 55 terminated workers, post a meeting held with the students.

The students demand 100% retention of all old contractual workers and seek that the new contract with RMG be cancelled. Reminding the University administration that saving manpower beyond 20% amounts to exploitation, the students insist that the University should strictly comply with all labour laws and other statutory provisions.

The students claim that repeated attempts to approach the Administration as well as the new contractor have yielded no positive results. On that note, protests conducted by the students began on January 4th of this year.

As per the students, these workers have been employed in the University since its inception, 12 years ago. They mostly (about 76%) consist of sole breadwinners, having 4 dependents on an average. In fact, one of the terminated workers is a visually impaired female housekeeping worker.

Speaking to LiveLaw, a student said, "The administration has refused to budge till now. They have pushed for alternate employment of the workers under the new contractor, which has been refused by the workers. We will continue to demand the termination of the illegal contract with the new contractor and 100% retention of the old workers."

During the meeting with the Labour Minister, the students were assured that a meeting will soon be conducted between the University, the contractor, the workers and the students in the presence of Mr. Rai.