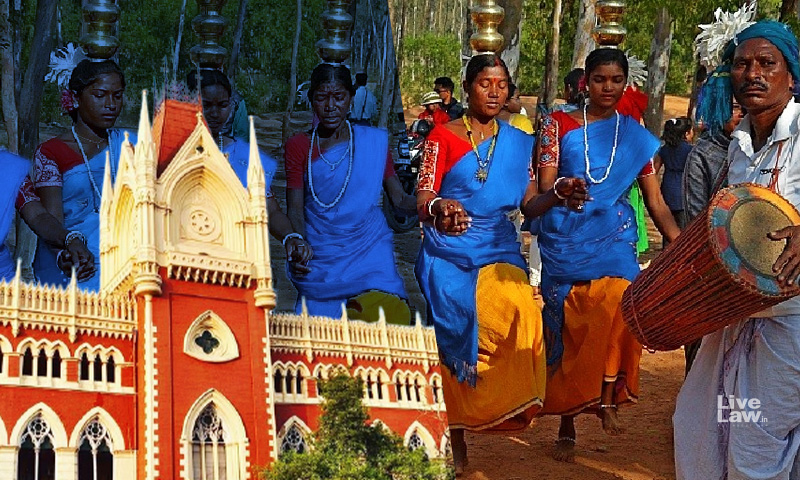 The Calcutta High Court on Friday sought the State government's response in a public interest litigation (PIL) seeking postponement of the upcoming Jangalmahal Utsav, scheduled to take place across 6 districts of West Bengal from January 17- January 19, 2022, in view of the rising number of Covid-19 cases in the State.The Jangalmahal Utsav takes place every year in the month of...

The Calcutta High Court on Friday sought the State government's response in a public interest litigation (PIL) seeking postponement of the upcoming Jangalmahal Utsav, scheduled to take place across 6 districts of West Bengal from January 17- January 19, 2022, in view of the rising number of Covid-19 cases in the State.

The Jangalmahal Utsav takes place every year in the month of January to promote the tribunal culture and art forms of West Bengal.

A Bench comprising Chief Justice Prakash Shrivastava and Justice Rajarshi Bharadwaj directed the State government to file a report detailing the arrangements made to follow Covid-19 protocol during the conduct of the Jangalmahal Utsav.

Furthermore, the Bench observed that it would pass an order in this matter which would be uploaded on the High Court's website.

"Give us a copy of your report, we will consider", the Bench directed the State government.

Submissions on behalf of the petitioner

Advocate Rajnil Mukherjee appearing for the petitioner submitted that at present according to the records released by the State government, the Covid-19 positivity rate in the State is 30.68 percent. He further argued that it is unclear as to why the State government has permitted such a gathering to take place when all educational institutions in the State has been ordered to shut down.

"If dates are not deferred, it will be a ruckus", the counsel stated further. He accordingly prayed for the postponement of the Jangalmahal Utsav to safeguard the health and security of the people at large.

Submissions on behalf of the State government

Advocate Samrat Sen appearing for the State government apprised the Bench that the Jangalmahal Utsav takes place every year across 6 different districts of West Bengal such as Jhargram, Paschim Midnapore, Bankura, Puruliya, Purba Midnapore among others. He further contended that in view of the ongoing pandemic, the State government has taken measures to hold the Utsav in different places in each of the 9 districts instead of one centralised location.

He further informed the Court that as per the regulations set by the State, all participants have to be in possession of a negative RT-PCR test within the last 72 hours. Furthermore, in Jhargram where the Utsav will take place the concerned premise is close to 15,000 sq.ft in area and that not more than 50 persons will be allowed to be gathered together in one place, the counsel stated further.

The Court was further informed that arrangements have been made to regulate the entry and exit of people and to ensure the compliance of Covid-19 protocol at all times.

At this point, the Chief Justice enquired from the counsel, "Why are you promoting the gathering? You can have it after 4 weeks". In response, the counsel stated that the concerned artisans and participants have already started assembling from all districts and that it would be difficult to disperse and send them back.

Furthermore, the Chief Justice questioned, "Who is the authority who will take decisions relating to the Utsav?" In response, the Court was apprised that the Paschimanchal Unnayan Parishad is the administrative body set up in this regard under the aegis of the concerned District Magistrate.

The counsel further remarked, "We have put in place all possible measures". He further submitted that a supervising committee could also be constituted to regulate the Utsav.

Accordingly, the counsel informed the Court that a report detailing all the measures taken would be submitted before the end of the day.

In a related development, the High Court has directed the State Election Commission to consider postponing the conduct of the upcoming municipal elections in Siliguri, Chandernagore, Bidhannagar and Asansol for a short period of 4 to 6 weeks in the wake of the 'galloping speed with which the COVID cases are increasing' in the State of West Bengal.