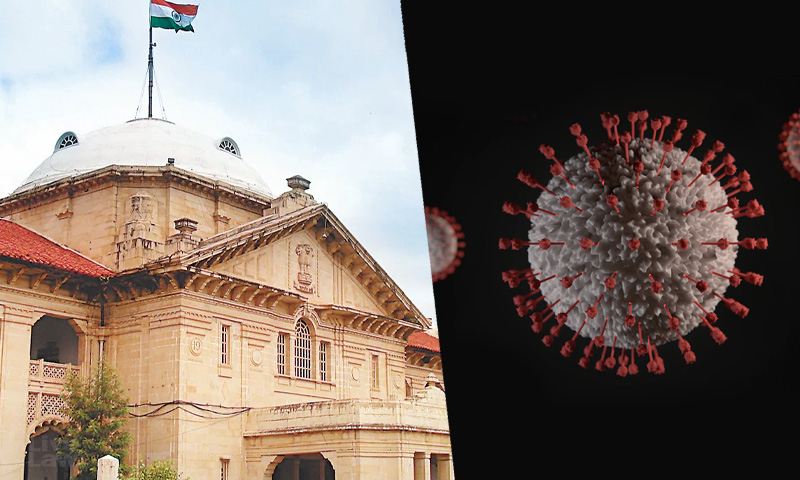 The Allahabad High Court on Tuesday sought response from the State health authorities about the treatment that was given to Justice VirendraKumar Srivastava, a sitting Judge of the High Court, who succumbed to COVID-19 virus last week.

A Division Bench comprising of Justices Siddhartha Varma and Ajit Kumar directed Additional Advocate General Manish Goyal to file an affidavit bringing on record the treatment given to late Justice Srivastava, at the Ram Manohar Lohia Hospital in Lucknow, where he was initially admitted.

The direction was made after the Bench was informed that various private hospitals and even in Ram Manohar Lohia Hospital, Lucknow the patients who were being admitted were not taken good care of.

It was further told that even Justice Srivastava was not taken care of until evening, and it was only when his condition deteriorated, he was placed on ventilator. The same night, he was shifted to Sanjay Gandhi Postgraduate Institute of Medical Sciences, Lucknow, where he was in ICU for five days and ultimately succumbed to the Covid- 19 infection.

In this backdrop, the Bench ordered,

"Sri Manish Goyal is directed to file an affidavit bringing on record the treatment given to late Justice V.K. Srivastava at Ram Manohar Lohia Hospital and it will also be explained why he was not taken immediately to Sanjay Gandhi Postgraduate Institute of Medical Sciences, Lucknow, immediately in the morning on 23rd April, 2021."

That apart, the Bench has taken note of misleading information shown on the online portal created by the Government for information on vacant positions of beds.

It noted that even though there are no beds in the L-2 and L-3 hospitals, the portal show vacancies and it is only upon calling up these hospitals, it is known that the information on the portal is not updated.

"This state of affaires that we have come to know about the management of online portal created by the Government today casts shadow upon the Covid Hospital Management moreso, in the face of the fact that the Government althrough had been claiming that there were sufficient beds in various hospitals and even in the last affidavit, they showed that there were about 17614 isolation beds and 5510 ICU/ SDU beds in the various private hospitals in the State and there was no scarcity," the Court sternly remarked.