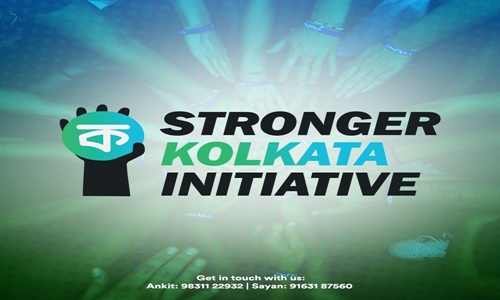 The initiative is a student collective which started off with the objective of reaching out to individuals, families and communities affected by the Covid-19 pandemic and the super-cyclone Amphan, Bengal`s dual crisis. The initiative started with a targeted attempt to deliver relief to a small slum community in Beleghata which consisted of 14 families. This community was adopted by Prof. (Dr.) Shamnad Basheer during his time at NUJS, Kolkata

The Stronger Kolkata Initiative has reached out to 755 families in and around Kolkata with essential rations, sanitary napkins, clothing and drinking water. Slum dwellers, domestic workers, daily wage earners and rickshaw-pullers have been a part of the response. The Initiative extended their operations beyond Kolkata, in recognition of the even greater quantum of damage and loss suffered in the rural hinterland of West Bengal. With this in mind, Stronger Bhangor, Stronger Sunderbans and Stronger North 24 Parganas campaigns were set up. Thus far, 175 families in Bhangor, 1760 families in Sunderbans, as well as 380 families in North 24 Parganas have been covered. The deliveries consisted of essential rations, tarpaulin sheets, sanitation items and medicinal supplies.

The Initiative has also reached out to Shritopinagar and Hashnabad which are very close to the Bangladesh border. The targeted relief effort in Shritopinagar was funded by NALSAR for Migrant Workers. 900 families in the Shritopinagar island were assisted with the help of IDIA Scholar, Jiyarul Hoque who is currently studying in NLU, Orissa and is a resident of the same island. A number of lawyers like Senior Advocate Mr. Shyam Divan, Additional Solicitor General of India, Mrs. Madhavai Divan and Ms. Nandini Khaitan have supported the Initiative.

For further details on the Initiative's activities, click here.