Is Your Private Vehicle A 'Public Place?' Law Has Different Answers 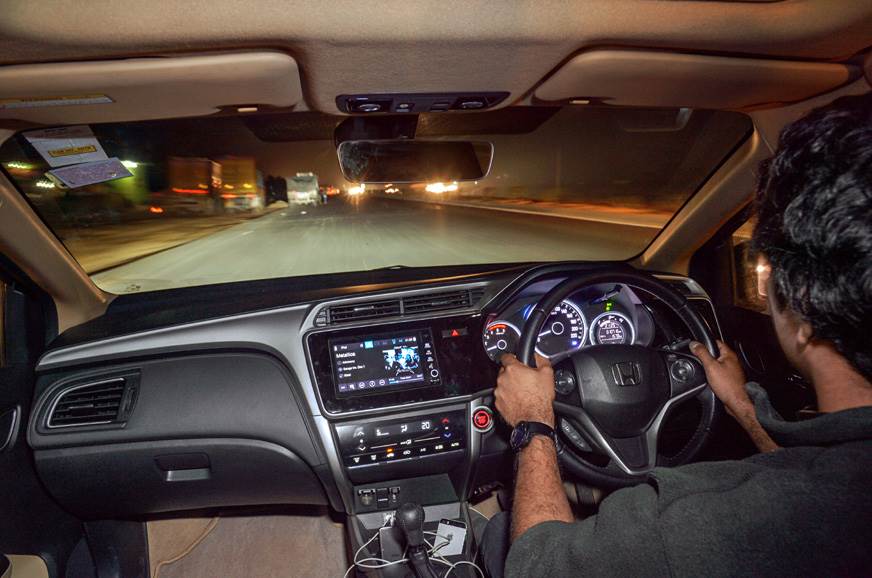 Law is not an exact science. Its shades change depending on the context, differ from statute to statute. Background circumstances, and the expediency of the situation often influence the application of law. So, one might find different, if not totally conflicting, answers in law to similar questions. Two recent judgments on the issue whether a private car is a public place are...

Subscription starts from
₹ 599+GST
(For 6 Months)
View Plans
Premium account gives you:
Subscribe Now
Already a subscriber?
Login
Law is not an exact science. Its shades change depending on the context, differ from statute to statute. Background circumstances, and the expediency of the situation often influence the application of law.

So, one might find different, if not totally conflicting, answers in law to similar questions.

Though at first blush, these judgments seem conflicting, a deeper analysis will enable one to reconcile with them, accepting the interesting manners in which law operates.

It was in the case Saurabh Sharma and others v Sub Divisional Magistrate (East) and others that the Delhi High Court held that wearing of facemask was compulsory even while driving alone in a personal car. A single bench of Justice Prathiba M Singh held that a private vehicle will amount to a public place in the context of COVID-19 pandemic regulation. Referring to precedents, the Court said that the meaning of the term 'public place' changes from context to context.

"…the word 'public place', has to be interpreted in this case in the context of the COVID pandemic. To determine what constitutes a `public place' the manner in which the Coronavirus can spread is the crucial part".

The Court said that there was a possibility of the droplets released by a person while driving alone in a car infecting others who may enter the vehicle hours later.

"The droplets carrying the virus can infect others even after a few hours after the occupant of the car has released the same. There are several possibilities in which while sitting alone in the car one could be exposed to the outside world. Thus, it cannot be said that merely because the person is travelling alone in a car, the car would not be a public place" , it said.

"A vehicle which is moving across the city, even if occupied at a given point in time by one person, would be a public place owing to the immediate risk of exposure to other persons under varying circumstances. Thus, a vehicle even if occupied by only one person would constitute a 'public place'and wearing of a mask there in,would be compulsory"

While there are views doubting the rationale of mandating wearing of facemask during lone travel in a car, it is to be noted that the High Court was essentially refusing to interfere with the regulations issued by the authorities under the Epidemic Diseases Act and Disaster Management Act. In other words, the Court was exercising an extra caution, taking note of the grave pandemic situation. If this practice reduces the risk of corona transmission even by a single percentage, let that happen – this seems to have been the intention which drove the judgment.

On April 16, the Supreme Court held that a private vehicle is not a "public place" as per Section 43 of the Narcotic Drugs and Psychedelic Substances Act in the case Boota Singh v State of Haryana.

Before the Apex Court, the accused contended that the vehicle in question was a private vehicle belonging to accused and was not a public conveyance, though parked on a public road and therefore the case would not be come under Section 43 but would be governed by the provisions of Section 42 NDPS Act. Since Section 42 having not been complied with at all, they were entitled to acquittal, they contended.

The Explanation to Section 43 stated : For the purposes of this section, the expression "public place" includes any public conveyance, hotel, shop, or other place intended for use by, or accessible to, the public.

The Supreme Court held that since the explanation only referred to "public conveyance" and not to private vehicle, the jeep involved in the case was not a "public place" coming under Section 43. Hence, the officers had to follow the procedure under Section 42 NPDS with respect to the recovery. The same having not been followed, the accused were acquitted.

"The evidence in the present case clearly shows that the vehicle was not a public conveyance but was a vehicle belonging to accused Gurdeep Singh. The Registration Certificate of the vehicle, which has been placed on record also does not indicate it to be a Public Transport Vehicle. The explanation to Section 43 shows that a private vehicle would not come within the expression "public place" as explained in Section 43 of the NDPS Act", a bench comprising Justices UU Lalit and KM Joseph held.

Here, the conclusion of the Court turned on the specific entry in the statutory provision.

In 2019, the Supreme Court held that consuming liquor in a private vehicle in a public place will attract the offence under the Bihar Excise Act, which prohibits alcohol.

In this case Satvinder Singh Saluja v State of Bihar, the appellant were charge-sheeted under Section 53(a) of the Bihar Excise (Amendment) Act 2016 on the ground that they were found drunk inside a private vehicle.

For seeking the quashing of the chargesheet, the appellant argued that Section 53(a), which punishes drinking in public place, is not applicable as private car is not a public place.

The SC rejected the first argument on the basis of statutory definitions of 'public place' under the Bihar Excise (Amendment) Act 2016 and Bihar Prohibition and Exchise Act 2016.

As per Section 2(17A) of the Bihar Excise (Amendment) Act "Public Place" means "any place to which public have access, whether as a matter of right or not and includes all places visited by general public and also includes any open space".

According to the Court, the key word in the definition was "access". Any place to which public have access, whether as a matter of right or not, is a public place.

It observed that public can have access to a private vehicle in a road. The Court noted that 'access' has been defined in Black's Law Dictionary as "A right, opportunity, or ability to enter, approach, pass to and from, or communicate with access to the courts."

"When private vehicle is passing through a public road it cannot be accepted that public have no access. It is true that public may not have access to private vehicle as matter of right but definitely public have opportunity to approach the private vehicle while it is on the public road. Hence, we are not able to accept the submission that vehicle in which appellants are travelling is not covered by definition of 'public place' as defined in Section 2(17A) of the Bihar Excise (Amendment) Act, 2016", said the judgment authored by Justice Bhushan.

The top court also took into account the fact that the definition of 'public place' under Section 2(53) of the Bihar Prohibition and Excise Act 2016 specifically included means of transport, both public and private.

The Kerala High Court has also held that drinking inside a private car at a public place will amount to an offence(Rajendran Pilai and others v State of Kerala). This is because after the 2010 amendment to the Kerala Abkari Act, private vehicles parked in any public place were also treated as public places for the purpose of Section 15C of the Act, which prohibits drinking in public places.

These examples show that the answers in law can be counter-intuitive to common thinking.

(Manu Sebastian is the Managing Editor of LiveLaw; he may be reached at [email protected]. He tweets at @manuvichar)