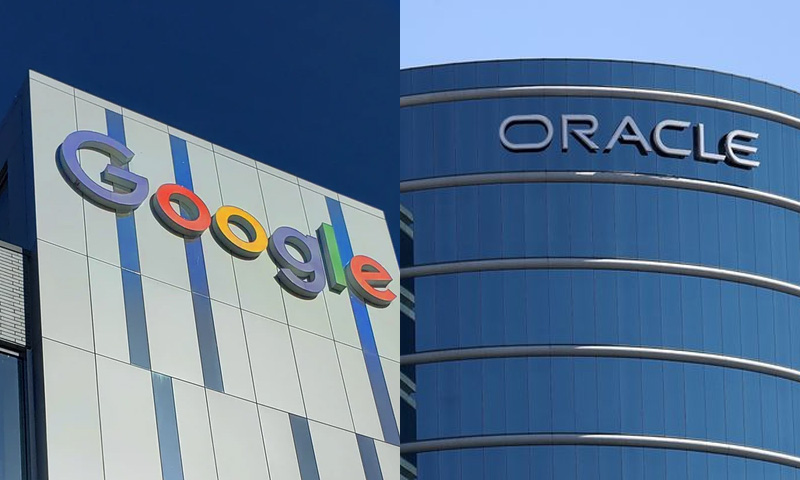 Putting an end to a decade long copyright battle between Google and Oracle, the Supreme Court of United States, held that Google's copying of the Java SE API was a fair use of that material.The court (6:2) noted that the API included only those lines of code that were needed to allow programmers to put their accrued talents to work in a new and transformative program.Oracle had sued Google...

Putting an end to a decade long copyright battle between Google and Oracle, the Supreme Court of United States, held that Google's copying of the Java SE API was a fair use of that material.

The court (6:2) noted that the API included only those lines of code that were needed to allow programmers to put their accrued talents to work in a new and transformative program.

Oracle had sued Google in 2010 for copyright infringement over this copied computer code. The Federal Circuit court ruled in favour of Oracle and this made the Google approach the Supreme Court.

The judgment proceeds with an assumption that the entire Sun Java API falls within the definition of that which can be copyrighted and therefore considered the issue whether Google's use of part of that API was a "fair use. The Court examined the four factors set forth in the Copyright Act's fair use provision: the purpose and character of the use; the nature of the copyrighted work; the amount and substantiality of the portion used in relation to the copyrighted work as a whole; and the effect of the use upon the potential market for or value of the copyrighted work.

"Google copied approximately 11,500 lines of declaring code from the API, which amounts to virtually all the declaring code needed to call up hundreds of different tasks. Those 11,500 lines, however, are only 0.4 percent of the entire API at issue, which consists of 2.86 million total lines. In considering "the amount and substantiality of the portion used" in this case, the 11,500 lines of code should be viewed as one small part of the considerably greater whole. As part of an interface, the copied lines of code are inextricably bound to other lines of code that are accessed by programmers. Google copied these lines not because of their creativity or beauty but because they would allow programmers to bring their skills to a new smartphone computing environment. The "substantiality" factor will generally weigh in favor of fair use where, as here, the amount of copying was tethered to a valid, and transformative, purpose.", the court said.

While reversing the Federal Circuit court which had held in Oracle's favor ( that the portion is copyrightable and Google's copying did not constitute a "fair use"), the court observed:

The fact that computer programs are primarily functional makes it difficult to apply traditional copyright concepts in that technological world. Applying the principles of the Court's precedents and Congress' codification of the fair use doctrine to the distinct copyrighted work here, the Court concludes that Google's copying of the API to reimplement a user interface, taking only what was needed to allow users to put their accrued talents to work in a new and transformative program, constituted a fair use of that material as a matter of law. In reaching this result, the Court does not overturn or modify its earlier cases involving fair use

The court also said that the Google copied only what was needed to allow programmers to work in a different computing environment without discarding a portion of a familiar programming language. "Google's purpose was to create a different task-related system for a different computing environment (smartphones) and to create a platform—the Android platform—that would help achieve and popularize that objective. The record demonstrates numerous ways in which implementing an interface can further the development of computer programs. Google's purpose was therefore consistent with that creative progress that is the basic constitutional objective of copyright itself. ", it said.

Justice Thomas expressed his dissent and opined that three of the four statutory fair-use factors weigh decidedly against Google. The nature of the copyrighted work—the sole factor possibly favoring Google—cannot by itself support a determination of fair use because holding otherwise would improperly override Congress' determination that declaring code is copyrightable, the judge said.