Lawinternhsips: Webinar on "Due Process of Law vis-à-vis Procedure Established by Law" [July 24, 2021] 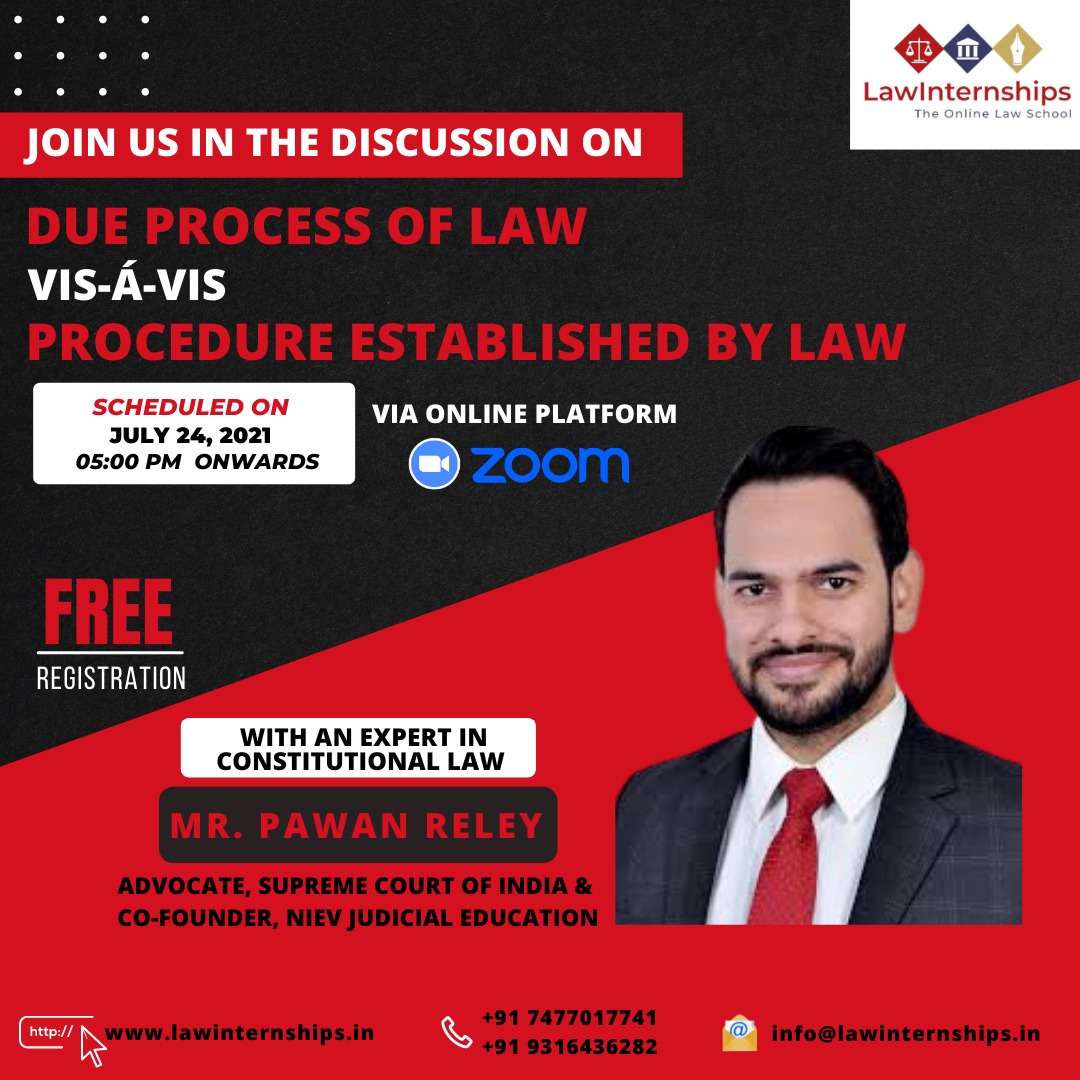 Topic: "Due Process of Law vis-à-vis Procedure Established by Law"

About Speaker: Mr. Pawan Reley is an Advocate, Supreme Court of India. He is also Co-founder of NIEV, Judicial Education. He has also authored a book analysing the constitution validity of the 99th Constitutional Amendment in the light of NJAC Verdict, 2015 namely "Iudexcracy vs Democracy: Re-visiting Fourth Judge Case". He has published more than 25 articles analysing the constitutional validity of various laws in various prestigious platforms.

The Speaker will also take the viewers through the following points/topics in order to make them understand the concept:

i. Fourth and Fourteenth Amendment of US Constitution;