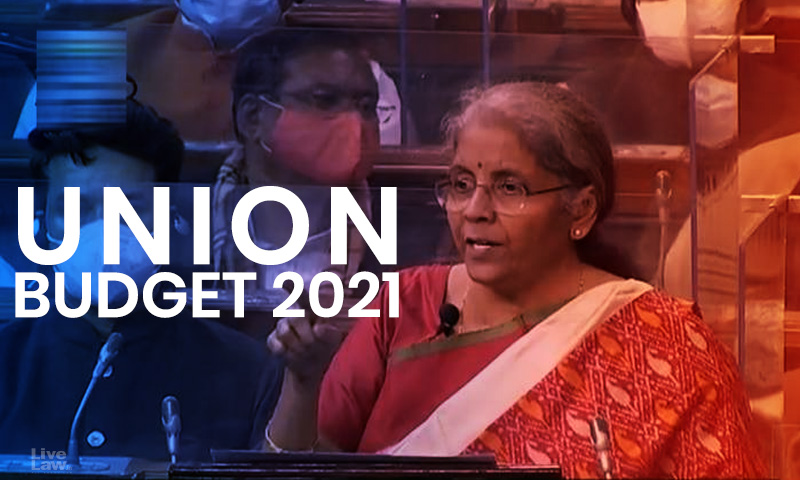 The Union Finance Minister's annual budget speech is the subject matter of great interest and debate for many. However, for professionals like advocates, chartered accountants, etc. the devil lies in the details. True to its nature, the Finance Bill, 2021 contains many such details which have the effect of over ruling several judicial precedents. The present article is an attempt...

The Union Finance Minister's annual budget speech is the subject matter of great interest and debate for many. However, for professionals like advocates, chartered accountants, etc. the devil lies in the details. True to its nature, the Finance Bill, 2021 contains many such details which have the effect of over ruling several judicial precedents. The present article is an attempt to briefly discuss the same.

The Income Tax Act, 1961 provides for taxability of a business undertaking's transfer in the form of slump sale. These transactions are essentially restructuring exercises undertaken by entities wherein the undertaking is transferred for a lump sum consideration without assigning individual values to respective assets and liabilities. Under the Income Tax Act, 1961, a slump sale is taxable as capital gains under section 50B. For this purpose, Section 2(42C) provides a statutory definition of slump sale to mean, inter alia, transfer as a result of sale.

Ingenious professionals had devised a way to escape such capital gains under Section 50B by planning the transaction in such a manner in which it doesn't satisfy the test of a "sale". If the transfer is not "sale", then it goes out of the ambit of section 2(42C) and hence is not chargeable to capital gains tax. This was done by way of issuance of non-monetary/cash assets in exchange of the business undertaking. For example, very recently, in the case of Areva T&D India Ltd. vs. CIT, the Madras High Court held that monetary consideration is necessary for a transaction to qualify as a 'sale'. Thus, a transfer of an undertaking in lieu of issuance of shares by a company as consideration does not amount to a 'sale' and therefore, cannot be considered a 'slump sale' under the Income Tax Act, 1961. Similarly, the  Bombay High Court in the case of CIT vs. Bharat Bijlee Ltd. has held that where an undertaking was transferred under a Scheme of Arrangement to a company which allotted preference shares and bonds as consideration, the same is not a 'sale' for the purposes of section 2(42C). These decisions along with the Supreme Court's dictum on the same lines way back in 1967 in the case of CIT v/s Motor & General Stores (P) Ltd (66 ITR 692) provided a firm basis to the taxpayers to plan their commercial affairs accordingly.

However, the Finance Bill, 2021 now proposes to overrule the abovementioned settled position by way of an amendment to the definition of slump sale under section 2(42C). It is proposed to remove the reference to "sale" and substitute it with "any means" thereby obviating the need for a monetary consideration. Furthermore, a new explanation is provided to widen the scope of the section so as to nullify any other tax planning in respect of such transfers. The abovementioned modus operandi is now captured within the tax net by way of the proposed amendment. It is of utmost importance to note that the amendment is applicable from the FY 2020-21 and hence any structuring which has already happened in the current financial year on the basis of the earlier decisions, also stands taxed. This is one of the retrospective amendments carried out in this budget.

Section 43B caters to the allowability of employer's contribution to PF/ESI on payment basis on or before 'due date'. However, the term 'due date' for the purposes of section 43B has been defined to mean the due date of furnishing of the income tax return. Hence, for the purposes of depositing Employer's contribution, it can even be a delayed deposit till the due date of filing of return but for depositing Employee's contribution it can only be the due date under the respect fund and not the date of filing of return. However, the Delhi High Court in the case of CIT vs. AIMIL Ltd. had transposed the meaning of 'due date' under section 43B to section 36(va). The ruling thus benefitted the taxpayers even if they delayed the deposit of Employee's contribution. This mistake has now been remedied by way of amendment to Section 36(va) to clarify that the provision of section 43B does not apply and deemed to never have been applied for the purposes of determining the 'due date'. This is a welcome amendment because by late deposit of employee contribution, the employers got unjustly enriched by keeping the money belonging to the employees and still getting deductions under the tax law.

A business/professional set up which is very successful would generate a lot of goodwill/reputation in the market. This reputation being an intangible benefit associated with the performance of the business is very subjective to value. If successful businesses are sold in a transaction, the seller obviously charges a premium on account of the transfer of reputation/goodwill which will benefit the buyer. Such premium was recognised in monetary terms in the books of accounts as "goodwill". There used to be a controversy regarding whether this acquired goodwill is a depreciable asset for tax purposes. This controversy was resolved in favour of taxpayers by the Supreme Court in the case of CIT vs. Smifs Securities Ltd. wherein it was held that "Goodwill" is an asset on which the benefit of depreciable can be claimed. Such transactions then became a very tax efficient tool in the hands of the buyers. However, with a view to overrule this decision, Budget 2021 now proposes to amend section 32 to exclude goodwill. Hence, goodwill shall no longer be a depreciable asset. This is also one of the retrospective amendments carried out in this year's budget.

With respect to certain class of non residents and incomes, the Income Tax Act, 1961 provides special rate of tax which can sometimes be higher than the beneficial tax rate provided in the DTAA. However, under the domestic law, the non resident is obligated to suffer TDS at the higher rate mentioned in the special provisions. The Supreme Court delivered a landmark judgment affirming this principle in PILCOM vs. CIT wherein it held that the obligation to withhold taxes under the special provision is not affected by the DTAA. The benefit of the DTAA can be considered by the payee and if found valid the taxes withheld can be claimed as a refund with interest. However, such a treatment does not absolve the payer from carrying out withholding obligations under the Act. With a view to encourage foreign capital flow, the decision of the Supreme Court is now proposed to be partially overruled in cases of FIIs. Thus, it is now proposed to amend the provisions concerning TDS that the tax shall be deducted at the rate specially provided or the rate under DTAA whichever is lower. Hence, the benefit of DTAA can be considered while deducting TDS. This is one of the few amendments which is taxpayer friendly.

Activities or transactions involving supply of goods or services by clubs to its members have long been a subject matter of litigation under various tax laws. Very recently, a 3 judge bench of the Supreme Court in State of West Bengal vs. Calcutta Club Limited held that there cannot be a sale transaction between an incorporated and unincorporated members' club and its members. Under the doctrine of mutuality, there is no legal distinction between a club and its members. The same was upheld by the Supreme Court in the abovementioned decision with the result that such transactions became non taxable. With a view to overrule the said decision in context of GST, the Finance Bill, 2021 proposes to amend the definition of "supply" under Section 7 of the CGST Act, 2017 to include supply of goods or services by a club to its members. Hence, by way of an artificial definition, the said transaction has been brought under the ambit of GST. It is important to note that this amendment is retrospective.

Section 83 of the CGST Act, 2017 provides the department with the power to provisionally attach properties, including bank accounts of a taxable person. This is with a view to safeguard the interest of the revenue in serious and more apparent cases. The Delhi High Court in the case of Proex Fashion Private Limited v. Govt. of India & Ors has held that action under section 83 is predicated upon pendency of proceedings under Sections 62, 63, 64, 67, 73 or 74 of the Act. Hence, provisional attachment for any other proceeding (even if related to the above sections) is not valid and is liable to be quashed. Similarly, the Bombay High Court in the case of Kaish Impex Private Limited Vs UOI held that Section 83 does not provide for an automatic extension to any other taxable person from an inquiry specifically launched against a taxable person under these provisions. It further held that Bank accounts cannot be attached merely based on the summons issued under section 70.

In this background, the Finance Bill 2021 has proposed to overcome these decision and substitute the whole section 83(1) with the new section 83(1).

The aforementioned amendment has three major effects. Firstly, it must be noted that the reference to specific sections has been omitted and its place, a broader reference to chapters under the CGST Act, 2017 has been provided. Secondly, the scope has further been expanded by way of bringing in automatic extension of these powers in respect of certain other persons in addition to the taxable person itself.

Thirdly, the text of the provision refers to "initiation of any proceeding" rather than the pendency of the same. Hence, once a property has been attached provisionally, it will continue to remain attach till the statutory period allowed under section 83(2), even though the proceeding is no longer pending.

Hence, the effect of the decisions of HDelhi High Court and the Bombay High Court, among other courts, has been done away with.

It is of utmost importance for fellow professionals to consider the effect of these amendments on pending transactions and also on their respective advices to the clients. The well established positions have now been proposed to be changed and hence the same case laws may not be relevant anymore. As can be noted, some of the major changes have been brought in with retrospective effect. In light of this, it becomes all the more important to know about these developments and advise accordingly.

(Author is a practicing Lawyer at Delhi and may be reached at [email protected]. He tweets @ideepakjoshi)