Supreme Court Sheds Light On The Contours Of Ministry Of Cooperation 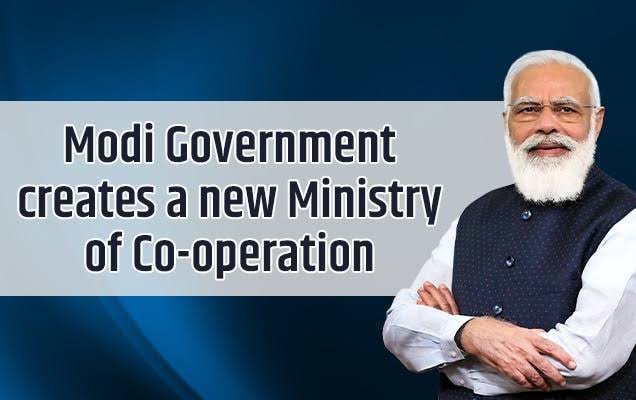 In this backdrop lies the importance of the judgment delivered by the Supreme Court yesterday in the case Union of India vs Rajendra Shah and others which annulled Part IXB introduced by the Constitution(97th Amendment) Act 2011 to the extent it deals with state co-operative societies. A 3-judge bench comprising Justices RF Nariman, BR Gavai and KM Joseph upheld a 2013 judgment of the Gujarat High Court which had struck down Part IXB on the ground that the amendment was passed without obtaining the ratification of at least one-half of the state legislatures as mandated by the proviso to Article 368(2) of the Constitution.

To give a brief background, the 97th Constitutional Amendment, passed in 2011, made the following changes regarding law on cooperative societies :

A bunch of petitions were filed in the Gujarat High Court challenging the amendment as violating the basic structure of the constitution. The main argument of the petitioners was that the amendment required ratification by the legislatures of at least one-half of the states, as prescribed under Article 368(2) of the Constitution, since it impacted a subject in the state list. The ratification of state legislatures is needed if an amendment makes changes to an entry which is included in the List II(State List) of Seventh Schedule of the Constitution. It may be noted that co-operative societies is a state subject as per Entry 32 of List II of the Seventh Schedule of the Constitution. Also, Entry 43 of List I specifically says that co-operative societies is excluded from the Union List.

The Gujarat High accepted the petitioners' argument to strike down the entire Part IXB introduced by the amendment. The Supreme Court has now upheld the Gujarat High Court' judgment but saved the application of Part IXB to multi-state co-operative societies. The Attorney General for India sought to defend Part IXB by arguing that it did not take away the power of state legislatures and it did not require ratification under Article 368(2) since the state entry was left unchanged. But the Court rejected this argument by saying that a curtailment of the exclusive legislative power of the state is akin to changing the entry from the state list.

"Part IXB seeks to effect a significant change in Article246(3) read with Entry 32 List II of the 7th Schedule inasmuch as the State's exclusive power to make laws with regard to the subject of co-operative societies is significantly curtailed thereby directly impacting the quasi-federal principle contained therein", the main judgment authored by Justice Nariman observed.

"...any significant addition or curtailment of a field of legislation which is contained in an Entry in List II of the 7th Schedule of the Constitution would also amount to a 'change' so as to attract the proviso to Article 368(2). It is not necessary, as has been contended by the learned Attorney General, that a change referred to in the proviso to Article 368(2) would only be if some part of a subject matter given to the States were transferred to Parliament or vice-versa. Even without such transfer, if there is enlargement or curtailment of the subject matter contained in a field of legislation exclusively reserved to the States, then in effect a change has been made to an entry in a legislative list, which change, if significant,would attract the proviso to Article 368(2) and therefore require ratification"- from Supreme Court's judgment

Since the amendment "significantly and substantively impacted" the exclusive power of state legislatures to deal with cooperative societies, it required the ratification of at least half of the state legislatures, the Court said.

While reaching its conclusions, the judgment reaffirmed certain important principles :

"There can be no doubt that our Constitution has been described as quasi-federal in that, so far as legislative powers are concerned,though there is a tilt in favour of the Centre vis-à-vis the States given the federal supremacy principle...yet within their own sphere, the States have exclusive power to legislate on topics reserved exclusively to them.

Ultimately, the majority comprising Justices Nariman and Gavai struck down Part IXB except to the extent it applied to multi-state cooperative societies.

"Part IXB of the Constitution of India is operative only insofar as it concerns multi-State co-operative societies both within the various States and in the Union territories of India", the majority declared.

Impact on Ministry of Co-operation

While the discussions in the judgment were relating the legislative powers of the states legislatures and Parliament, they hold relevance for the executive power of the States and the Union as well.

Hence, a pronouncement on the scope of Parliament's power over co-operative societies translates into a pronouncement on the contours of the newly created Union Ministry of Cooperation. So, going by the Constitutional scheme as explained in the Supreme Court judgment in Union of India vs Rajendra Shah, the executive power of the Union Ministry of Cooperation is with respect to multi-state co-operative societies alone.

(Manu Sebastian is the Managing Editor of Livelaw. He may be reached at [email protected] He tweets @manuvichar)