Juvenile Justice: Does The Legislation Suffice? 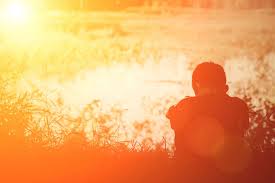 In the contemporary world, when we speak of India's development potential, we can hardly ignore the role played by India's younger generation. With almost 41% of Indian population under 19 years, this is the bracket which will become a key social driver in this development. Keeping that in mind, it becomes imperative to study, analyze and formulate the best possible legal policies for...

In the contemporary world, when we speak of India's development potential, we can hardly ignore the role played by India's younger generation. With almost 41% of Indian population under 19 years, this is the bracket which will become a key social driver in this development. Keeping that in mind, it becomes imperative to study, analyze and formulate the best possible legal policies for their social, economic and mental growth. This article aims to shed light on the new juvenile justice amendment, analyzing both its merits and demerits via past and present laws, surveys and studies.

The Apprentices Act, 1850 was the first legislation in India dealing with Juveniles aged under 15 years who were involved in petty offences committed during apprenticeship. It was followed by Reformatory Schools Act of 1897 which brought in the concept of sending juveniles to reformatory institutions instead of prisons. Another significant legislation was Madras Act of 1920 which aimed to establish separate juvenile courts and institutions making way for a separate justice system for juveniles. On the global stage, in 1989, world leaders at UN General Assembly passed the Convention on protection of rights of the Child which aimed to protect civil, political, cultural, economic and social interests of children. India ratified the said convention 1992 and to comply with the norms set out in the CRC in addition to complying with the Beijing Rules and the 1990 rules, Juvenile Justice (Care and Protection of Children) Bill was introduced in the Parliament in 1999. The Act was enacted in 2002 and after several amendments in 2006, 2011 and 2015 the need was felt to make the Act more comprehensive, define different types of crimes and simplify the adoption process.

The need for a new amendment

The 2015 amendment to the Juvenile Justice Act had two noteworthy provisions. 1st was allowing the trial of juveniles in conflict with law in the age group of 16-18 years as adults. Whether the child would be tried as a juvenile or as an adult was to be decided by the Juvenile Justice board which were setup by respective state governments. 2nd was to make the adoption procedures more streamlined and coherent in compliance with the need of orphaned, abandoned and surrendered children. In lieu of this, the Central Adoption Resource Authority was given the status of a statutory body to bring more efficacy in its decision making and day-to-day activities.

At the time, this seemed like an appropriate amendment on paper and was lauded even by critics of the ruling party. However, in 2018-2019, a survey conducted by NCPCR made some troubling findings about the existing childcare institutions in the country. In total 9589 surveyed childcare homes were studied and not even a single childcare institution was 100% compliant of provisions laid down in 2015 Act. With abysmal facilities, pathetic living conditions, the survey pointed to the lackadaisical attitude of childcare institutions which only seemed to be functioning to obtain funds from the government.

This was attributed to several reasons – primary reason being lack of any supervision or monitoring in these institutions. Although the institutions were mandated to register themselves and obtain a license, if they failed to get a response from the authorities within three months, the institutions were deemed to be registered, even without government permission. This is where the need for a new amendment was felt. The new amendment removes this drawback and makes the district magistrate responsible for sanctioning the licenses of Childcare Institutions after ensuring that Childcare institutions applying for a license have complied with all rules and procedural safeguards mentioned in the JJ Act. DMs are also required to carry background checks on CWC members to ensure that members understand the sensitivity of the matter they are dealing with. The Act goes a step ahead and mandates CWCs to report regularly to DMs on their activities in the districts.

It is now clear as day that the new bill is about increasing the powers of District Magistrate to ensure speedy trial and increased protection of children at district level with various checks and balances. District Magistrates will also make sure to expedite the process of adoption in the country. This is a shift from earlier adoption process which came under the purview of courts creating an overwhelming backlog for the already overburdened courts.

But there are also certain negatives of switching this extra load from the courts to District Magistrates. Primary reason is that the DMs are not particularly trained to deal in specific laws like Juvenile Justice Act and this is problematic on two accounts. First, the Bill in its statement of objects states its objective of "fulfilling India's commitment as a signatory" to three above mentioned UN Conventions and Rules. Now these conventions have several articles which emphasize the significance of imparting necessary training and expertise to officials dealing in matters relating to juveniles. For instance; Article 22 of Beijing Rules states that, "Professional education, in-service training, refresher courses and other appropriate modes of instruction shall be utilized to establish and maintain the necessary professional competence of all personnel dealing with juvenile cases." And for now, the bill does not mention how the District Magistrates and other personnel will be trained to deal with juveniles. One could argue that the Ministry of Women and Child Welfare has in its report explicitly indicated disbursal of funds for training certain personnel but fund allocation is immaterial if the personnel are not provided any training. The lack of required guided training also violates provisions of CRC under which States are to allow adoptions only by competent authorities, though the Juvenile Justice Amendment of 2021, under Section 61, not only allows District Magistrate and Additional District Magistrates to issue adoption orders, it even prevents any judicial scrutiny at successive stages because an appeal from District magistrate will go to Divisional Commissioner (and not court) within 30 days. Add to this the findings of NCRB's 'Crime in India' Report of 2018 which presents the bleak picture that out of total apprehended juveniles, 85% live with their parents. Hence, it's a failure of us as a society in how we are nurturing our children and the absolute and immediate need to change our mindset and approach simultaneously with our legal policies. And this is why providing requisite training to all personnel dealing in juvenile matters becomes of utmost importance.

Secondly, the DM also has to ensure proper implementation of the JJ Act and for that he is required to hold regular fortnightly meetings with all five arms – Child Welfare Committees, JJ Board, CCI, district child protection units and special juvenile police units. How will the district magistrate cope with this additional burden of supervising district child protection units and conducting quarterly review of child welfare committee's functioning, is yet to be seen.

Thus, although with this amendment we have come very far in framing and enacting juvenile laws and it looks apt on paper, a lot in this amendment is riding on the potential of district magistrates without having any concrete system in place to train them in these additional responsibilities which are quite different from the ones they are currently adept at.

The author is an Independent Advocate and Writer, She Graduated From NALSAR Hyderabad in 2016