Train And Reign The Indian Courts 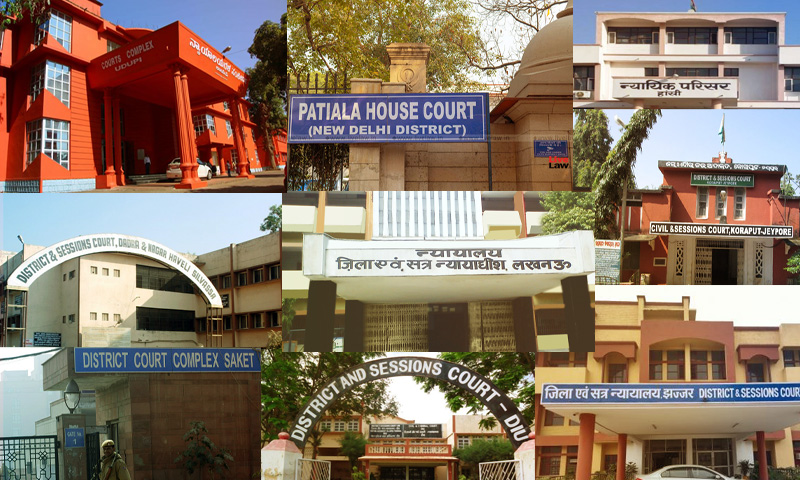 "Judges play – at all levels – a vital role as teachers and thought leaders. It is their role to be impartial in words and action, at all times. If they falter, especially in gender related crimes, they imperil fairness and inflict great cruelty in the casual blindness to the despair of the survivors." [Aparna Bhat v. State of Madhya Pradesh] To the question-"whether it is immoral...

"Judges play – at all levels – a vital role as teachers and thought leaders. It is their role to be impartial in words and action, at all times. If they falter, especially in gender related crimes, they imperil fairness and inflict great cruelty in the casual blindness to the despair of the survivors." [Aparna Bhat v. State of Madhya Pradesh]

To the question-"whether it is immoral to have consensual sex with different person, the Prosecutrix answered that she does not believe anything immoral about consensual sex between any two people";

To the question-"whether she thinks it is immoral to consume alcohol voluntarily or smoke cigarette voluntarily, she answered that she considers if someone is an adult and does not violate their religion there in nothing immoral about it";

Further, to the question-"whether she indulges in conversation containing sexual overtone with friends, she claimed that she does not know how to answer this question."

Conclusion - "it was entirely the norm for the Prosecutrix to have flirtatious and sexual conversation with friends and acquaintances." (State Vs Tarunjit Tejpal, District & Sessions Court, Panaji, Goa at para-147).

Though the Questions are utterly irrelevant, the answers are definitely honest, frank and sound. The conclusion indeed is stereotypical and patriarchal. Such conclusions form the basis and sub-stratum of the 527 page judgment, rendered by the District & Sessions Court, Panaji, Goa in the Tarunjit Tejpal Case.

This article's endeavour is not to critique or analyse the legal infirmities or manifest wrongs committed by the judgment. On the contrary, it seeks to establish the indifference, insensitivity and the callous disregard to the "rights" of rape Victims. First, a look at the settled law applicable to rape Victims and their day in Court.

Neither the "role" nor the "attitude" ascribed were either upheld or applied by the District Court (supra). On the contrary, they were ignored and abandoned. To appreciate, this stark failure it would be apposite to conjointly read the prescription(s) and their breach. They may be summarised as follows:

1. Despite the bar and prohibition, explicitly cautioning the Court from revealing or disclosing the Victim or her relatives identities, the following transpired –

i) with impunity, disdain and boisterous brazenness, the judgment has openly revealed the names, email IDs etc of the Victim, her mother, her husband etc. at multiple instances and times.

2. Despite the bar and prohibition restraining a Court from viewing a Victim through their tinted lenses of suspicious and disbelief, the following conclusions were reached –

i) "..in keeping with her convenient memory-which fails to function at crucial times, whenever evidence to the contrary is produced" (para-150).

ii) "it is not possible to believe that the Prosecutrix, a woman who is aware of laws, intelligent, alert and physically fit (yoga trainer) would not push or ward off the Accused." (para-186);

iii) "The Victim's statement that she did not move her face away before the Accused advanced to kiss her because she did not imagine the Accused would try to do such a thing is not at all believable." (para-186);

iv) "It not believable that the Prosecutrix would throw up such resistance and would not suffer any injuries on her body." (para-184); and

v) "… clearly prove(s) that the Prosecutrix had always planned to stay in Goa with ...... post Think and is only using the allegation of sexual assault to make it appear like a necessary escape for the sake of her peace of mind when it was always a pre-planned, premeditated trip." (para-318).

3. Despite the bar and prohibition, desisting the Court from applying stereotypical and patriarchal notions of women and their dress, behavior etc., the following conclusions were reached –

i) "At the outset, this entire narrative on the part of the Prosecutrix is a fabrication designed to cover up her real reason for visiting ........ room at an unnaturally late hour, which is ratified by a detailed set of Whatsapp messages exchanged between the Prosecutrix, ..... and a very close friend of theirs ....."(para-303); and

ii) "The above photos show the Prosecutrix to be absolutely cheerful and with a smile on her face and not disturbed, reserved, terrified, or traumatized in any manner." (para-312).

4. Despite the bar and prohibition, desisting a Court from relying and dwelling on past conduct and morals, the following conclusions were reached –

i) "A blatant attempt by the Prosecutrix to obfuscate the truth of her relationship with ..…this again serves to highlight, she twists and manipulates the truth by attempting to significantly understate the intimacy of their relationship…. Prosecutrix and he were close friends and they also had an intimate sexual relationship...it is difficult to believe that the Prosecutrix is a truthful and reliable witness." (para-153 & 154); and

ii) "Prosecutrix did not stay back in Goa because she was sexually assaulted and to deal with the same or because her mother's friends were coming to her flat at Mumbai which would not give her privacy, but because she had a Russian boyfriend by the name ....... and she had planned much in advance to stay with him in Goa both pre and post the event" (para-315).

5. Despite the bar and prohibition, desisting a Court from remaining a silent spectator, the following questions and answers were exchanged –

i) "the question whether it is immoral to have consensual sex with different person...the question whether she thinks it is immoral to consume alcohol voluntarily or smoke cigarette voluntarily...whether she indulges in conversation containing sexual overtone with friends...shows that it was entirely the norm for the Prosecutrix to have flirtatious and sexual conversation with friends and acquaintances." (para-147);

ii) the Court allowed the Accused to rely on a graphic description made by a defense witness, seeking to allege that the Victim had engaged in a sexual relationship with an elderly man of grand-fatherly description, despite the categorical and pointed objection of the prosecution. The objection was discarded on the premise, that – "the witness is deposing to the facts which are relevant to decide the main issue in question and do not pertain to proving consent or character." (para-161). Undoubtedly, permitting such questions invariably established the Court's preferred status as a "silent spectator"; and

Consequently, the judgment proceeds to make conclusions, which are manifestly and ex-facie violative of the settled contours, guiding a rape trial. It proceeds to render findings and reach conclusions, that are gender stereotypical and reflective of prejudices. It agonizingly perpetuates and illogically confirms the deep-rooted prejudices against independent, educated, working, alcohol-drinking women to be presumptively loose, immoral and social climbers - not to be trusted or believed.

Similarly, one feels distraught and upset that despite the Supreme Court's continuous fore-warnings, it is the Victim who was put to trial and not the Accused. It exposes the numerous invisible impediments that a Victim is expected to meet, including notions of an undefined behaviour, societal perceptions, patriarchal mind sets and the judiciary's refusal to rise above such traditional and conservative strangleholds. Such a verdict, that publicly shames the Victim and her family with blatant disregard to her privacy, would invariably deter any/all women from complaining against the various abuses faced by them.

What is also surprising, devastating and humiliating is the complete refusal to either look or examine the Accused and his past sexual escapades, allegations of sexual misconduct, messages to other women, friends, employees etc. Whether and if any such information was retrieved / or available from his mobile phone have neither been mentioned, nor discussed. As opposed, to the scheming Victim, the Accused is painted as a dedicated honest, hard-working and law-abiding professional, deeply concerned with the welfare of his employees. At the slightest doubt, he immediately withdrew from his responsibilities as the Editor-in-Chief to facilitate the constitution of prescribed Inquiry Committee in accordance with Vishakha Guidelines.

The regressive judgment takes India, its laws and women back to 1990's when there was no respect for privacy, no law to deal sexual harassment at workplace, no restrictions on the evidence that can be adduced to harass and humiliate the rape Victim. We are back in an era where women will refrain to report cases of sexual assault/rape, fearing the embarrassing and insensitive treatment by the doctors, the law enforcement personnel and / or the cross-examining defense attorneys. Fearing that they would be put to trial and not the Accused, with no one to believe their testimony.

The judgment highlights and exemplifies the dire need to gender sensitise the Indian Courts, to address the socially and culturally embedded and reinforced gender stereotypes. To train them to look at the facts and the evidence, sans their own believes and values, to help them foster an understanding of the trauma of the rape Victim. Courts must be the torchbearers of equality, inclusion and protection. They must be trained to implement and uphold the law, to respect and protect the privacy and integrity of the Victim and not let the defense succeed in maligning her image.

If, an alert, empathetic and responsive judiciary is to provide an umbrella of protection to the millions of girls and women in our Country, such regressive attitude and indiscipline in the jurisprudence must end. Mere words and pronouncements have failed. It is time to train and reign our Trial Court(s) which are the first and primary ports of call. It is equally time to consider consequences by way of reprimand, adverse Annual Confidential Reports, suspension and then termination from services, if Judicial Officers fail to recognise the contours and parameters of judicial conduct in rape trials. Otherwise, we can rest assured that the faith and trust reposed by female Victims will disappear and disappear completely.