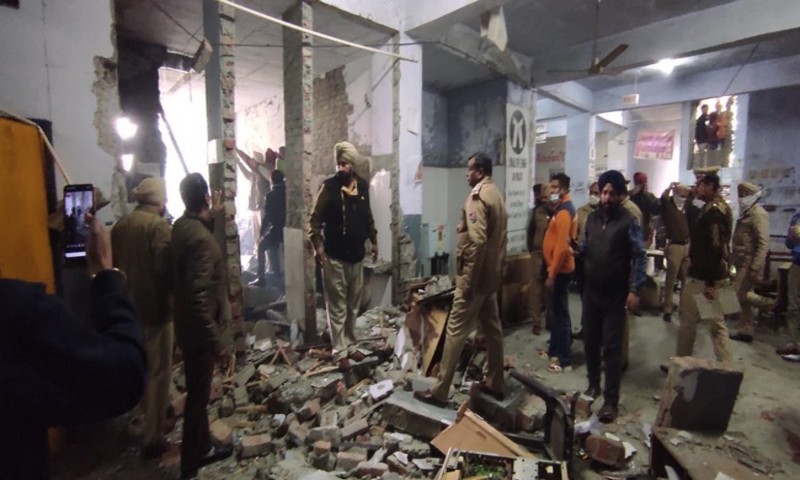 After almost a year spent in lockdown due to the pandemic, which had derailed almost every industry and government body from their normal functioning, the courts of the country had just started pivoting with resumption of physical hearings. However, on the fateful day of 24th September, 2021, the Rohini District Court, Delhi shook and echoed with frightened screams and a series of...

After almost a year spent in lockdown due to the pandemic, which had derailed almost every industry and government body from their normal functioning, the courts of the country had just started pivoting with resumption of physical hearings. However, on the fateful day of 24th September, 2021, the Rohini District Court, Delhi shook and echoed with frightened screams and a series of loud gunshots. Within a fraction of seconds, the situation became so chaotic that it was nothing less than a terror attack as eyewitnesses to the incident recall.

The dust hadn't settled completely and yet again there was one more incident of an Advocate named Bhupendra Singh, being shot down in Shahjahanpur District Court, (U.P.), on 18th October, 2021 by an unknown assailant, leading to a situation of utter chaos in the court complex. And as we finalise this article 7 incidences have occurred, where one more advocate named Nishant Pilwan was shot dead in Noida, U.P on 26.10.2021; a Bar Association Employee was found dead on 11.11.20201, inside an advocate's chamber at Tis Hazari Court complex; an explosion took place inside the Rohini District Court Room No. 102 on 09.12.2021; another advocate was shot dead in Kanpur District Court premises on 18.12.2021; one more dead body was found in the Tis Hazari Court building on 22.12.2021 and the very next day on 23.12.2021, a strong explosion took place in the Ludhiana District Court.

It is pertinent to mention that within the last 3 months there has been as many as 8 incidences of shootouts and blast inside various court premises throughout the country, with 4 of them occurring within a short span of just 15 days, pointing out at the serious lapse in security and making it a cause of great concern.

All these unfortunate events hitting like a meteor, one after the other, has left the legal community in state of grief and shock. It has now become essential to look at the propensity of the occurrence of such incidents. A mere scratching of the surface revealed that the number of these acts of sheer disregard to the integrity of the courts, is significantly higher, as there have been more than 6 dozen cases of shoot outs and bomb blasts, in and around court complexes, killing more than 125 people and injuring 250, in the past two decades alone.

The judiciary acts as an armour of the nation and constitutes one of the three pillars of democracy. Courts are established to uphold the rule of law and to safeguard the citizens and their rights. Public order and police are covered under List II of the Seventh Schedule of the Indian Constitution and, hence, security of the courts and the judges is within the purview of the States/UTs. However, such attacks on the sovereignty of the judicial system directly reflects on the inability of the Indian legal fraternity and policing powers to protect the institutions that are regarded as harbingers of justice. It further points out the underlying cause to be either a callous outlook of the police, lax security systems installed in the courts or the non-fulfilment of the Executive's duty to protect and maintain the sanctity of courts.

We have thus, compiled a data related to all court shootouts since the year 2000 till date, to exhibit that safety and security of the Courts and Officers of court have been compromised time and again. In this regard the executive seems to have utterly failed to provide a fool proof cover to our judicial institutions and its officers.

The data that we have collected has been filtered on the following parameters: Year of incident; No. of deaths and injuries and location of the incident.

A further deconstruction of the data shows that there have been over 125 deaths, with 250 people who suffered injuries on account of such attacks. U.P. and Delhi have had the maximum number attacks orchestrated in or near the Court premises. Whilst there have been only a few attacks on High Courts, various district courts across India have suffered immensely on this count. The gravity of the situation is only heightened on account of such repeated occurrences setting an extremely dangerous precedent. 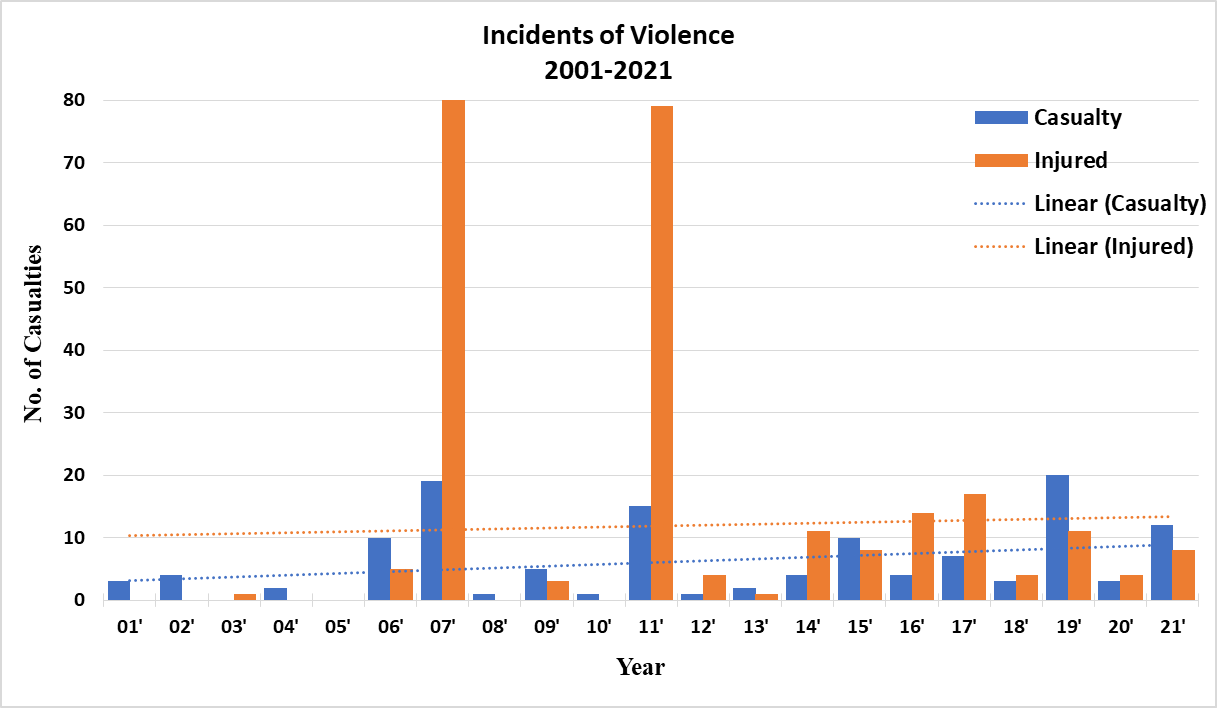 An expected outcome of the latest occurrence of violence in Courts has been the large number of pleas with suggestive measures and the subsequent outrage that has surfaced. The Delhi police, in light of the same, has unveiled its new plan and a raft of measure were announced to enhance security in and around the courts.

With 75+ incidences killing more than 125 people and injuring two times more, there is an urgent need for securing our court complexes, emphasis on District and Sessions courts, where bulwark of justice delivery takes place. How do we expect the system to work efficiently when judicial officers, staff, advocates, litigants etc. access the court under shadow of terror and lawlessness?

The Authors would also like to thank their legal intern Srishti Jha for her assistance.