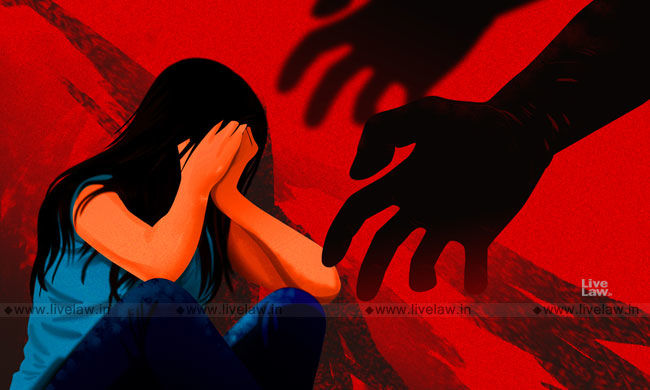 Imagine your parents getting you raped to cure you! Done under the meticulous façade of love and family. It would be so painful to feel invisible and drowning, only to realize in hindsight that people knew and talked about it, just not with you. Abuse is often considered a private issue to be gossiped about; not something to acknowledge in the light of day. Around the world, LGBTQ people face discrimination in almost all aspects of their lives. Family enacted violence and lack of acceptance, violence from peers, institutional violence and discrimination at schools and workplaces, pressure to marry, and experiences of discrimination in employment, housing, and health care services targeted solely because of their gender expression or perceived sexual orientation.

Corrective rape, also called curative or homophobic rape, is a hate crime against people who do not conform to perceived social norms regarding human sexuality or gender roles. The common intended consequence of the rape, as seen by the perpetrator, is to turn the person heterosexual or 'normal'. The term corrective rape was coined in South Africa after the murder of South African national soccer star Eudy Simelane, brought attention to corrective rape in the international arena. In this act of violence, South Africa's Women's National Football team lost a star player, South Africa lost an activist for equal rights, and the Kwa Thema region lost one of its first openly lesbian. The popularisation of the term has raised awareness and encouraged LGBT+ people in countries across the world to come forward with their own stories.

A punishment for violating traditional gender presentation. Originally perpetuated by cis-men against lesbians to "correct" their homosexuality, The term is now used more broadly to refer to the rape of any member of a group that does not conform to gender norms/heterosexuality. Although some countries have laws protecting LGBT+ people, corrective rape is often overlooked.

"Corrective rape" is another form of "conversion therapy" that has emerged in a heteronormative culture that places men above women and advocates that heterosexuality is the only form of sexuality. Such a society puts great pressure on men and women to 'behave likewise'. Anything else is stigmatized. Along with the general stigma and other forms of discrimination against the LGBT community around the world, the pressure exerted by families on men and women to be "straight" is even more traumatic. Most major mental and medical health associations have condemned such practices due to evidence that it is harmful and the lack of scientific basis. Only a little information is available on the global scope of the therapy, which often occurs in private spaces and embodies a set of distinct acts from psychotherapy to corrective rapes.

The August 2019 report of OutRight Action International is the first global report, based on 489 surveys across 80 countries, convincingly establishing the existence of conversion therapy as a worldwide problem. Sources provide compelling evidence that educated, and duly licensed health professionals are practicing conversion therapy all around the world, perpetuating unscientific beliefs and discrimination, in violation of their core ethical obligations towards clients.

In 2015, LGBT Collective, a facilitating body that connects lesbian, gay, bisexual, and transgender communities, reported that many Indian parents are opting for a procedure called 'Corrective Rape' to make their gay children 'straight'. India is struggling with the fact that it's having to accept differences and is acting out like a madman. The situation is so bad that children are being murdered solely because of their sexual orientation. As if the social stigma faced by homosexuals was not enough, corrective rape in India typically happens to protect the family name. Families are obsessed with the normal tagline that they no longer realize about the abnormalities they drag inside their homes. Religious commitments tend to be strong in conventional cultures and this is where much of the conflict and poor judgment comes from. However, violence against the LGBTQ community in our country is rarely reported. What makes it worse is the unwillingness of the victims to complain to the authorities. And why the wavering? Because most of the perpetrators are people from families, driven by a sense of misogyny and chauvinism.

The rapist is usually a handpicked relative, doing a 'summer project' designed to 'cure' and 'correct' the homosexual kid, only gifting them a lifetime of trauma. They cannot approach strangers to do it as they are worried about the family's name and reputation. So, they get a family member to do it! The very conservative society where people are afraid to tell anyone that their child is gay or a lesbian, thinks that they can change their orientation if they get them into contact with someone of the opposite sex.

The psychological effects of corrective rape on victims can be detrimental. They may suffer from depression, anxiety, and/or post-traumatic stress disorder. Due to discrimination in health care, victims must often deal with these issues on their own. Many of the victims suffer from a strong sense of insecurity due to homophobia in their own homes. ActionAid reveals that female victims recall being told they were "being shown what they were missing" while male victims have related gang rape accounts "where the objective was to make the experience of being sexually receptive so violent and frightening that the victim would fear potential homosexual experiences afterward".

Sources claim that cases of corrective rape are caused by moral conclusions from the nature-nurture debate. Despite the scientific community deducing that sexual orientation is the outcome of biology and environment, many people do not believe that homosexuality or other forms of non-heterosexuality has a genetic basis and instead believe it is only the result of one's environment. And so, people believe sexual orientation can be altered. According to statistics from the Crisis Intervention Team of LGBT Collective in Telangana, there have been 15 reported instances of corrective rape that have been reported in the last five years. In general, there has been an increase in reported rapes in India from 1971 to 2012; however, it is estimated that 90% of sex crimes in the country go unreported, and it will take years before something like corrective rape even gets talked about. As it is difficult to even find statistics for a topic so taboo.

Deepthi Tadanki, a Hyderabad based filmmaker was quoted as saying, "When I was researching on this subject for my film, I came across two gut-wrenching stories of corrective rape — one, where a girl was raped by her cousin so that she could be "cured" of homosexuality; and another, where family members forced a gay boy to have sex with his mother, in a bid to turn him 'straight'.

Our Constitution committed itself to equality for the entire nation. But could not erase deep hatred towards the LGBT community. If anything, the extension of formal legal protections heightened some people's worst homophobic penchants. The sheer ignorance about sexuality has led to this. It has become evident that multiple layers of society are responsible for the evil of corrective rape and that apathy and culpability ran deeper than we could imagine in educational and religious institutions, the justice system, and even within families. The reaction to such reports is one of disbelief because it is unthinkable that the family can perpetrate such violence against its members. The ones who swore to protect allow rapists back into their homes.

Though it was not accepted or encouraged. Homosexuality has always been a part of India's history. We can track down its existence, specifically in Sanskrit religious sources such as Manusmriti and Shikhandi or even a chapter of the Kamasutra of Vatsyayana. And during the contemporary age, the British colonists gave homosexuality its known criminal perception. The one ruling that was established in India that truly reveals the impact of the colonists' arrival is the famous section 377 of the Indian Penal Code introduced in 1861 which criminalized sexual activities "against the order of nature", obviously including homosexuality.

Corrective rape is not an unexplainable phenomenon and is borne out of the systems of oppression, such as patriarchy, which yields terrifying realities where violence against vulnerable groups is socially sanctioned. And the law meant to be a protective shield guaranteeing equal rights, and liberty falls short. In 2018, India's Supreme Court had ruled that gay sex was no longer a criminal offense. The court order said that discrimination based on sexual orientation is a fundamental violation of rights. Yet, even in 2021, the LGBT community is facing discrimination based on their sexual orientation and gender identity. So, we know for a fact that these kinds of laws make no difference in people's lives, they are still discriminated against and considered abominations or freaks of nature.

Even though the "third sex" is currently recognized, trans people are not fully accepted, and often go through atrocious tortures. For instance, some of them are ill but doctors simply refuse to cure them, afraid that having contact might 'infect' them. Discrimination because of the gender they identify with, not always fit with their appearance. Homosexuality legalization is the first step from India towards acceptance, yet the country still has a long way to go before it reaches an actual and genuine acceptance of the LGBTQ+ community. Most people hate them because they think they have a choice in the matter and that they made a decision that threatens society. A common myth entertained in India is that queer people are a threat to the "institution of marriage".

Corrective rape is a plague that defines the lives of thousands. In the past two decades since this heinous act gained its nomenclature, the pointer appears to have barely shifted favorably. This can be charged to the arduous nature of this phenomenon, which sits at the nexus of various networks of oppression. Corrective rape is best sacked using a multi-faceted solution that considers the myriad variables at play. The actual causes of corrective rape are usually ignored or de-emphasized in our country. We seem to have a distorted, de-politicized view of rape, failing to include anyone but heterosexual women.

Sexual violence is often framed in terms of the personal dynamics of a relationship, rather than as a problem deeply rooted in traditional gender and sexual orientation norms. However, corrective rape is political, systemic, gang-based violence; Characterized by the proportion of power in society, and not by individual relationship dynamics or personal conflicts between the rapist and scapegoat, which ultimately leads to the lack of true societal equality.

The need of the hour is awareness and discussion around LGBT issues, to address the larger principles of compassion and the right to choose. Corrective sex is performed in the private spheres, by family members and spiritual leaders. Nevertheless, the state may be accountable in these cases due to its failure to exercise due diligence to eliminate this harmful and discriminatory pursuit. Furthermore, the absence of an emphasis on children's rights and a lack of value for the autonomy of children has been recognized as integral factors in the increase of curative violence in childhood. The legal responses that states should adopt to remedy shortcomings in the law for victims are to enact hate crime statutes in the states that have not yet done so and strengthening the legislation and providing legal mechanisms that would charge corrective rape as a hate crime.

All sectors of society uniting in the betterment of respectful, nonviolent relationships is key to curbing violence. The need for broad-based prevention efforts as well as services and support systems that address the specific needs of the LQBTQ communities, Implementing prevention approaches that promote acceptance and recognition of healthy, respectful relationships regardless of sexual orientation, and referring victims and survivors to culturally appropriate accessible services. Now more than ever, we must come together and realize that no difference overrides our similarity of being human. As there is no room for improvement in a mindset that cannot stand to celebrate differences.